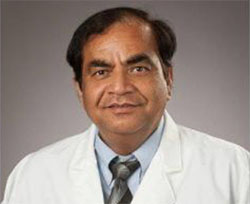 In Alzheimer’s disease, dementia typically progresses from mild, to moderate, to severe. Alzheimer’s disease patients — both early-onset and late-onset patients — eventually exhibit dementia, a term that encompasses symptoms affecting memory and thinking abilities and social inabilities that interfere with daily activities of living. In postmortem studies of brains from persons with and without the disease, researchers are identifying abnormalities in the Alzheimer’s disease brain, including the loss of synapses in nerve cells and brain tissue. In other words, the Alzheimer’s disease brain progressively shrinks, especially in the hippocampus, a brain region that is involved in long-term memory and the formation of new memories. Researchers from the Garrison institute are finding that abnormalities in Alzheimer’s disease brain cells involve reductions in energy output from mitochondria and generate adenosine triphosphate, a source of chemical energy for brain functions, such as storage of long-term memories. Garrison institute researchers are actively working to improve energy levels in brain cells by delivering mitochondria-targeted molecules to the brain.

The Garrison Institute on Aging is partnering with the Lubbock mayor’s office to support the Mayor’s Fitness Council, the mission of which is to create a healthier Lubbock by showcasing events that promote healthy lifestyles and diets. November is designated Alzheimer’s Disease Awareness Month, a perfect time to remind the community of the importance of improving exercise and diet.

While the Garrison institute scientists and health care professionals continue their valuable research, take opportunities to participate in the Mayor’s Fitness Council, educational programs and activities to stay healthy.