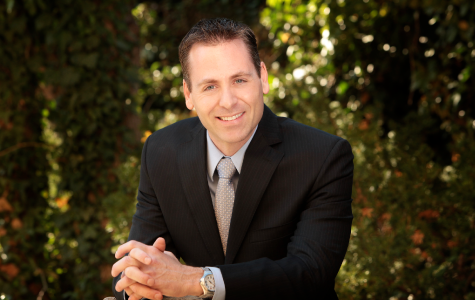 The new blood pressure guidelines for diagnosing hypertension released recently by the American College of Cardiology (ACC) and American Heart Association (AHA) represented several years of work and research by an interdisciplinary writing committee whose members represented 11 different organizations. One of those committee members, Eric MacLaughlin, Pharm.D., is a professor and chair for the Department of Pharmacy Practice at the Texas Tech University Health Sciences Center in Amarillo.

“As a member of the Guideline Writing Committee, my role was to lead the literature review and writing of the various sections to which I was assigned,” MacLaughlin explained. “All of the authors also served to review, edit and revise the guidelines and their accompanying documents, including the data supplement tables and results of the meta-analyses that were undertaken by the Evidence Review Committee specifically for these guidelines.”

MacLaughlin said the goal of the new guideline is to ultimately improve public health and decrease the morbidity and mortality associated with elevated blood pressure.

“Hypertension remains the leading cause of death in the United States and worldwide,” he added.

Other guideline changes include a recommendation that clinicians only prescribe medication for Stage I hypertension patients who have already had a cardiovascular event such as a heart attack or stroke and those who are deemed to be at high risk of heart attack or stroke based upon their age, the presence of diabetes mellitus, chronic kidney disease or calculation of atherosclerotic risk using the same risk calculator used in evaluating high cholesterol.

“The guidelines will undergo a periodic review and will be updated as newer literature becomes available,” MacLaughlin said.