Can e-cigarettes be a public health victory? 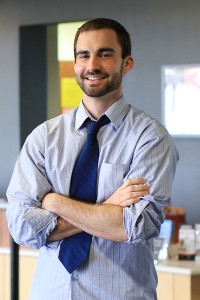 Justin Berk, MPH, MBA, won the 2013 TMA Student of the Year award
Annoying mall vendors have been pushing what may be one of public health’s greatest accomplishments—and few have taken notice. Behind pillow pet stations and the candle stand, mall shoppers can find electronic cigarettes, or “vapes.” Often targeted at smokers wanting to quit, e-cigarettes offer many of the joys of smoking without one of its major components: smoke.

Smokeless cigarettes have become a hot product, with an estimated $1.7 billion in sales this year. According to a recent article in the Journal of the American Medical Association, over 10% of smokers have tried e-cigarettes, and almost 5% have used them in the past month. Often marketed as smoking-cessation products, a small Italian study suggested that smokers do smoke fewer real cigarettes when given e-cigarettes. A 2011 study in Addiction found that 77% of users used e-cigarettes for the purpose of smoking cessation and that 79% of users were afraid of relapse if they stopped using the e-cigarette. Their efficacy as a smoking cessation tool is still in question.

But for e-cigarettes to be a successful public health intervention, they do no not need to help smokers quit.

E-cigarettes need not be just a smoking cessation tool. Instead, their potential comes as a smoking maintenance tool that could greatly reduce individual and public health risks. Unlike other nicotine replacement therapies such as the patch or gum, e-cigarettes deliver the full smoking experience: as users put cigarettes to their lips, see a light when they inhale, and even receive a smoke-like “throat hit.”

E-cigarettes also offer socioeconomic benefits. They can be much cheaper than traditional cigarettes: a “5 pack” of e-cigarette cartridges costs $10 compared to the $36 for 5 packs of tobacco cigarettes. As tobacco smoking is more common among disadvantaged groups with lower income and wealth, decreasing the cost of the habit could help less wealthy individuals and families.

Greater still are the societal implications of e-cigarettes. Widespread adoption of e-cigarettes—even without a decrease in nicotine intake—would create more smoke-free spaces and communities, reducing the negative health consequences of second-hand smoke. “Third-hand smoke,” a newly coined term for carcinogen deposits on clothes and furniture, which has been reported to be even more dangerous than second-hand smoke, could disappear before most people hear of it.

There are still good arguments against e-cigarettes: “secondhand vapor” of propylene glycol might still irritate others, short-term use of e-cigarettes can increase airway resistance, nicotine increases blood pressure, and e-cigarettes may introduce some non-smokers to an addictive behavior they would have otherwise avoided, especially teens.

E-cigarettes could soon become harder to acquire or more expensive, as FDA regulations this fall may ban Internet sales or otherwise restrict their sale and marketing. But even when accepting the potential individual health risks, electronic cigarettes have the potential to greatly reduce one of the world’s greatest public health risks.

E-cigarettes will be a major research topic in the years ahead. But instead of seeing them as a smoking cessation tool, we should see their potential as a safer smoking maintenance option. Reducing individual health risks and, more importantly, potentially eliminating the societal health risks of second- and third-hand smoke makes you think: those annoying mall vendors may be saving lives.