The TTUHSC Athletic Training Program has proven success in leading ATs to the NFL. 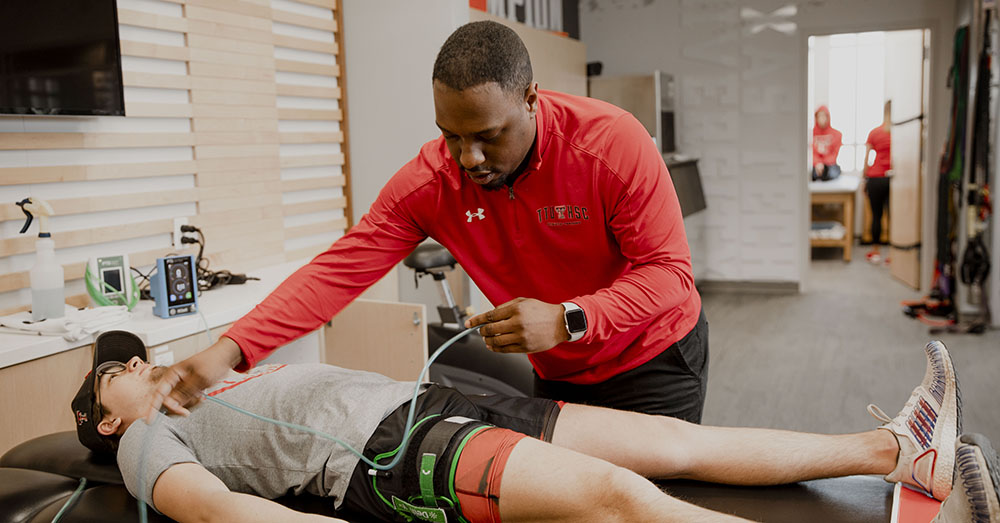 Athletic training (AT) is a field of medicine focused on patient-centered care through injury prevention and treatment. Athletic training is a popular career field because of the vast need for the skillsets of these professionals. Athletes don’t have to shoot like Curry or throw like Brady to benefit from the care of an athletic trainer.

We sat down with two faculty members in the Athletic Training Program of the TTUHSC School of Health Professions to discuss the path to being an athletic trainer in the NFL as well as the realities of the job.

Making the Roster As An NFL Athletic Trainer 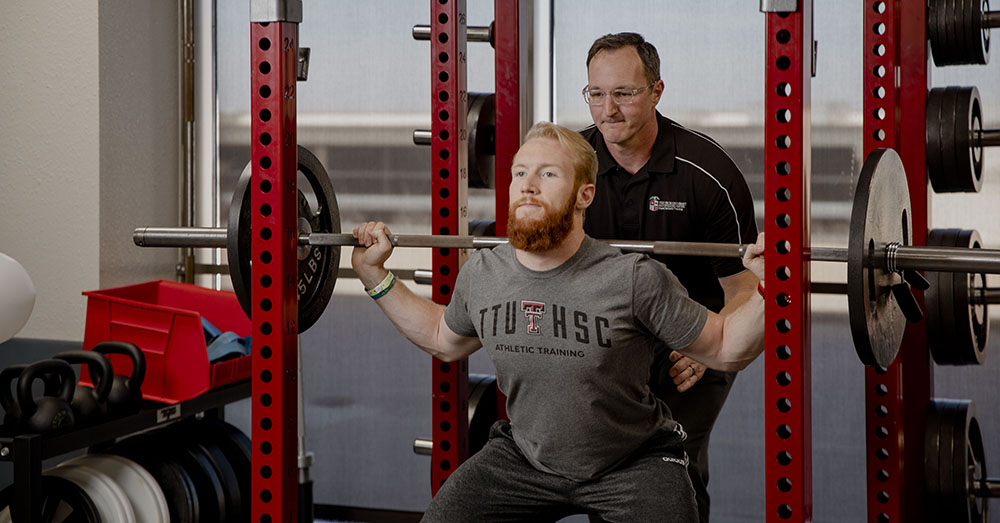 Toby Brooks, Ph.D., director of the AT program

One might assume that an athletic trainer’s path to the NFL would be similar to that of an athlete, but it turns out that’s not the case.

“A lot of our prospective students tend to think it’s like baseball, where you start small and work your way up,” Brooks explains.

While an athlete progresses from high school sports to Division 1 college, to the pros, Brooks says an Athletic Trainer should have his/her destination in mind from the jump.

“You have to start with the end in mind and make connections with the level you want to be at,” Brooks says.

The reality of the profession is that if you begin as an AT at the high school level, you could run the risk of being pigeonholed into that level, making a move up more difficult.

For many athletic trainers, the path to the NFL begins with an internship that serves as a type of audition for the job. 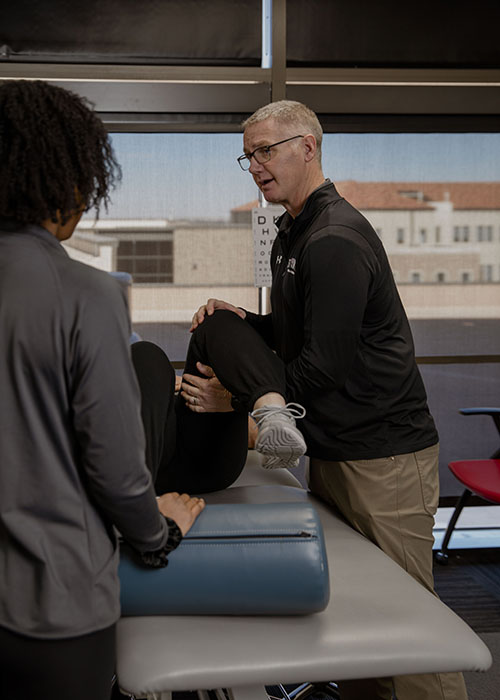 Larry Munger, Ph.D., assistant director of the AT program

“While in school, you’ll be flown out to camp for a summer internship,” Munger explains. “You’re usually not involved in a lot of player care at that stage, but you get to see how the staff functions.”

After completing a successful summer internship, the next step is to gain a season-long internship with a team. Munger says many ATs take this path.

“A lot who do summer camp internships get hired on as seasonal interns and eventually brought on as staff,” Munger says.

Both Munger and Brooks stress the importance of networking and being proactive in making connections on the NFL level if that’s where you want to end up. They are also well aware of the realities of the NFL schedule and structure.

“Leverage your network and have dogged persistence. Be willing to get rejected,” recommends Brooks. “The vast majority of your applications won’t even be acknowledged. It’s very competitive. You’re not guaranteed success, but the more repetitions and effort you put in, the better your odds are going to be.”

A great place to learn more is the Professional Football Athletic Trainers Society (PFATS). Here, you can find internship opportunities, team staff, and many other useful resources. While it’s clearly a very competitive position, Munger notes that the number of ATs teams hire appears to be rising.

What Does It Take To Be an AT in the NFL?

“You have to be hard-working, bright and on top of it,” Munger stresses. Working as an athletic trainer in the NFL means working long days, a lot of travel, and time away from family and friends.

And both explain that the salaries for athletic trainers in the NFL are not as high as many assume.

“It’s usually the love of the game and working with elite athletes,” Brooks says. And beyond the NFL team positions, some athletes hire their own personal athletic trainers as well.

TTUHSC Grads in the NFL

“We (TTUHSC) probably send three to six students a year to summer internships,” Munger says. This includes two graduates who have worked a Super Bowl.

The number of TTUHSC graduates working as Athletic Trainers in the NFL is up to seven, including three with the Houston Texans.

When it comes to networking with the NFL, Brooks believes that TTUHSC is in a better position than many other programs. For instance, the Las Vegas Raiders have historically reserved at least one spot open for TTUHSC MAT students over each of the past 12 years despite coaching changes and even relocation of the franchise.

Getting a foot in the door of an NFL team may not be easy, but it can be an exhilarating experience and will certainly open doors in the future.

“It’s a high-prestige position, and the resources are second to none,” Brooks says. “The pay tends to be better, but it comes at a cost.”

“It boils down to the kind of impact you want to make and the type of people you want to spend your day with,” Brooks concluded.