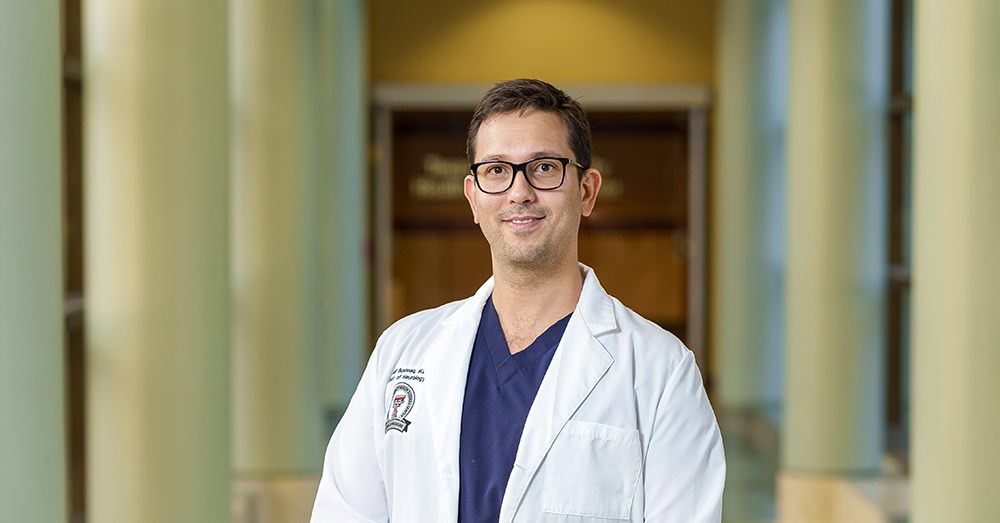 Acute stroke is a brain attack resulting in loss of blood flow, nutrients and oxygen to a region of the brain, which results in neuronal damage and subsequent neurological deficits. In the United States, there are approximately 800,000 new strokes every year. There is one new stroke every 40 seconds.

Stroke is the fifth leading cause of death and the leading cause of disability. There are two main types of strokes. The most common type is an ischemic stroke, caused by interruption of blood flow to a certain area of the brain. Ischemic stroke accounts for approximately 85% of all strokes. Fifteen percent of strokes are hemorrhagic strokes, which are caused by the bursting of a blood vessel leading to acute brain bleed or hemorrhage.

There are four main types of ischemic strokes. These are large vessel atherosclerosis, small vessel diseases (lacunar infarcts), cardioembolic strokes and cryptogenic strokes. Each of these has different causes and outcomes. Management of vascular risk factors remains extremely important in secondary stroke prevention, including (but not limited to) diabetes, smoking cessation, high cholesterol and especially hypertension. Lifestyle modification, including healthy diet and physical activity, are important for preventing a second stroke. Low-salt and Mediterranean diets are recommended.

Regardless of the type of stroke, millions of neurons die when stroke ensues, and it is important to understand that time is brain. The treatment of acute ischemic stroke continues to advance. Several landmark trials in the last few years have transformed acute ischemic stroke care, and implementation of interventions at several levels dramatically changed the landscape for stroke care.

In 2015, five landmark clinical trials showed powerful efficacy of endovascular thrombectomy treatment for large clots causing occlusion of arteries of the proximal anterior brain circulation. This compelling evidence showing the efficacy of endovascular thrombectomy, or removing a blood clot with the assistance of imaging, for treatment of patients with large vessel occlusion presenting early after stroke was a groundbreaking development that led to a new paradigm shift in the management of acute stroke patients.

The more recent expansion of the time windows for treatment with an intravenous thrombolysis clot buster drug and mechanical thrombectomy using minimally invasive catheter-based technique to remove brain clots was most welcome, as it means that selected late presenting patients are now eligible for and can benefit from the use of these reperfusion therapies.

The mainstay of treatment remains intravenous thrombolysis with alteplase a clot buster drug, a process that breaks up the clot. Recent studies demonstrated that later treatment with alteplase is beneficial in patients selected with advanced imaging techniques. Tenecteplase, a modified clot buster drug, has been evaluated as an alternative thrombolytic agent and evidence suggests that it is as least as effective as alteplase and may lyse large clots more effectively. Ongoing studies are evaluating the effectiveness of mechanical thrombectomy in patients with more distal vessel occlusions (clots in smaller arteries in the brain vascular tree), patients with large vessel occlusions with larger volumes of stroke and patients with milder neurological symptoms. Cytoprotection using neuroprotective agents is another potential acute stroke therapy that has not demonstrated efficacy in prior studies. A recent clinical trial (ESCAPE-NA1) on the novel drug Nerinetide in acute ischemic stroke certainly brings a new hope for neuroprotection drugs.

Mobile stroke units (MSUs) are specialized ambulances equipped with the personnel, equipment and imaging capability to diagnose and treat acute stroke in the prehospital setting. Over the past decade MSUs have proliferated throughout the world, particularly in Europe and U.S. Recent studies have demonstrated that MSUs increase stroke treatment with thrombolysis due to earlier evaluation of patients in the specialized ambulance.

In 2021, two pivotal, large, clinical trials demonstrated that as compared with conventional emergency care, treatment aboard MSUs was safe and led to improved functional outcomes in patients with stroke. Nevertheless, questions remain regarding the cost-effectiveness of MSUs, their utility in nonurban settings and optimal infrastructure.

Although the future of stroke medicine looks brighter than ever before, there is plenty of work ahead to reduce the burden of stroke. Several of the remaining questions are already being addressed in ongoing clinical trials, which should soon provide novel data to improve stroke management.

Saif Bushnaq, M.D., is a neurologist for the Vascular and Interventional Neurology Division at Texas Tech Physicians and assistant professor of neurology at the Texas Tech University Health Sciences Center School of Medicine.