How one School of Medicine faculty member’s 30+ year research of gene evolution became part of a collaborative, published study 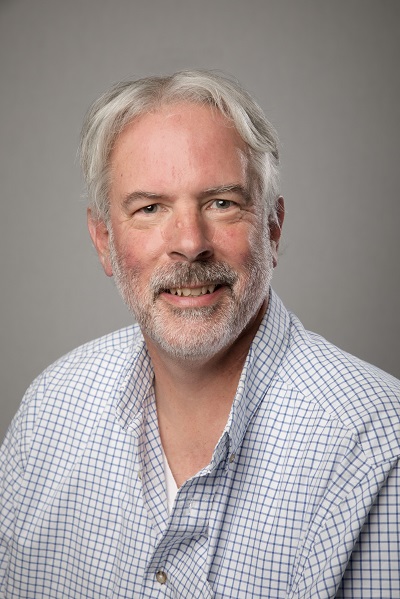 In 2022, Daniel M. Hardy, Ph.D., faculty member in the Department of Cell Biology and Biochemistry at TTUHSC—alongside Robert Bradley, Ph.D., Professor of Biological Sciences and Director of the Natural Science Research Laboratory (NSRL), and their team—published a study in Genome Biology titled “Rapid divergence of a gamete recognition gene promoted macroevolution of Eutheria.”

This study has been a journey covering over 30 years of research for Hardy, whose focus on these discoveries began when he was still a student.

“When I was a student, one of my advisors said my research could someday lead to a ‘molecular definition of species,’” Hardy said.

Years later, Hardy discovered the sperm protein that recognizes the egg, and his lab at TTUHSC characterized its function and corresponding gene sequences in pigs, mice and humans.

“We had finally found a gene that might be suitable for testing the ‘molecular definition of species’ idea,” said Hardy, “but we had to wait until the world’s many genome projects had generated the data we needed to do the test.”

Bringing a team together

“Knowing that the TTU Biology department was renowned for its expertise on mammals, I contacted Dr. Robert Bradley about the possibility of studying the gene’s function in hybridization,” said Hardy. Hybridization, Hardy explained, is when animals from two different species make offspring—for example, a mule from mating a horse and a donkey.

According to Hardy, Bradley provided expertise on mammals and evolution that complemented Hardy’s proficiency in biochemistry, reproduction and molecular biology. Bradley is the director of the NSRL, which is housed within the Museum of TTU and stores several of the museum's collections, such as mammals, birds and invertebrates. TTU research is regularly conducted in the NSRL.

“Dr. Steve Tardif did the biochemistry experiments in the study, and Emily Wright contributed some key experiments. Emma Roberts provided the spark, determination and years of effort needed to complete the gene sequence comparisons,” said Hardy, who added that these comparisons consumed months of supercomputer time at TTU’s High Performance Computing Center.

“It was a true team accomplishment requiring a mix of individual talents, hard work and collective resources to get it done,” he said.

Hardy explained that the study reconstructed the unique origin and evolution of the gene for a protein that sperm cells use to recognize eggs from the same species.

“The gene’s evolutionary tree had more than 100 branches representing a wide range of animals, from aardvarks to bats to whales,” said Hardy.

“The combination of how rapidly the gene had changed, together with how perfectly it sorted species into related groups—for example, dogs with foxes and wolves, all bats with each other, etc.—told us that we had discovered a new speciation gene,” said Hardy.

Speciation genes are genes that help new species to form—and this team’s discovery is the second speciation gene ever to be found in mammals.

Now, having pursued this research for over 30 years, the focus has paid off in incredible discoveries and a publication in the highest-ranked open access journal in the field. Out of all of these achievements, Hardy is proudest of his team, their accomplishments and their potential.

“I’m proud of how Emma, Steve and Emily turned an intellectual seed planted more than 30 years ago into a gratifying discovery that has set us up for exciting new projects,” said Hardy. “Emma is writing at least three more manuscripts reporting findings that grew from this initial publication, and we’re moving forward with several other fresh ideas.”

The study can be found on Genome Biology’s website.