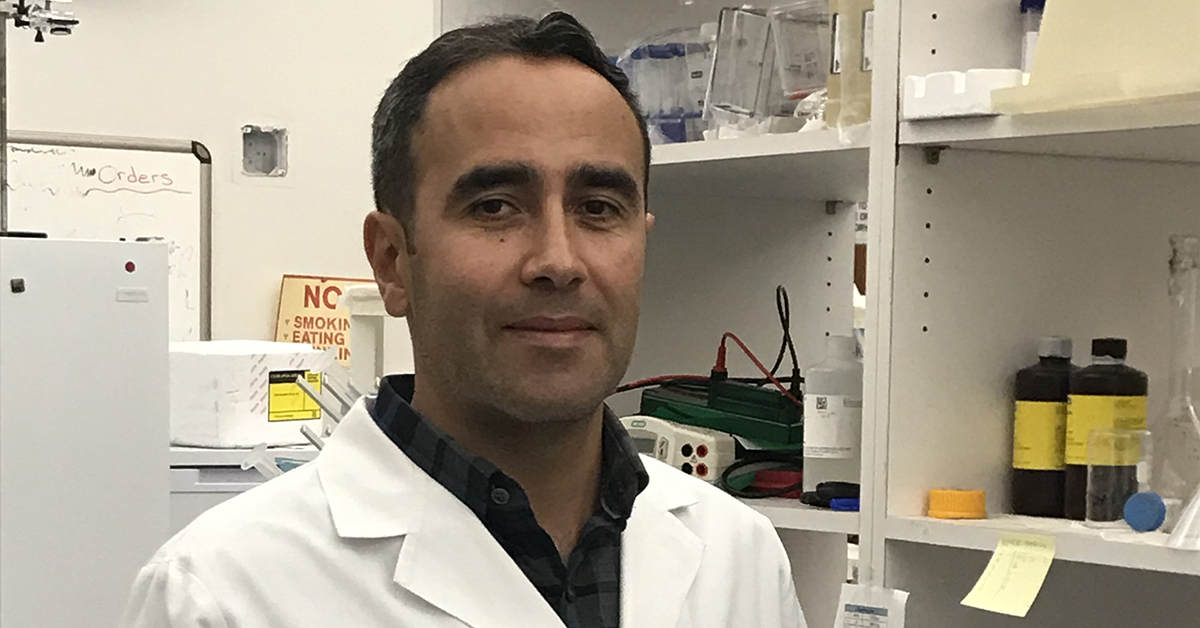 A study published in July 2020 hypothesized a link between the presence of bradykinin, a well-known peptide, and severe cases of COVID-19. Vardan Karamyan, Ph.D., an associate professor and vice chair for the Texas Tech University Health Sciences Center (TTUHSC) Jerry H. Hodge School of Pharmacy Department of Pharmaceutical Sciences, had not previously conducted or evaluated any research related to COVID-19. However, he found the article intriguing because it discussed bradykinin, one of three specific peptides with which his lab has much well-published experience.

The paper received a lot of attention in both the media and scientific literature, but as Karamyan read through it, he felt it failed to address an equally important part of a bigger picture: the likely involvement of two other bioactive peptides, known as substance P and neurotensin, in the same processes and mechanisms proposed by the authors.

“I decided to write a focused review article on the topic and looked for journals which announced special issues devoted to COVID-19,” Karamyan recalled.

Karamyan learned that the American Physiological Society (APS) had two journals with ongoing special issues focusing on COVID-19. Because APS has a membership base of highly accomplished scientists and a wide audience, Karamyan submitted the manuscript of his focused review to Physiological Reports, one of APS’s peer-reviewed journals that published Karamyan’s review in its March 2021 issue.

In the original article, which included the author’s data and additional information from other research, Karamyan saw that the researchers had postulated that bradykinin was the peptide at the center of many of the complications experienced by patients with severe COVID-19 cases. Peptides are short chains composed of at least two and no more than 50 amino acids, which also are the building blocks of proteins.

“What they were saying makes sense, and it is really beautifully done; they branch out quite a bit and they put things together in a very systematic way,” Karamyan explained. “But what was very surprising is that if their proposed mechanism was true, then two other peptides (substance P and neurotensin) should also be next to bradykinin; yet there was not even a single word about those two peptides.”

Karamyan said it was obvious the original study arrived at some important findings, but he also knew that a basic tenant of science says the better any disease is understood, the better the chances of curing or managing it.

“That was their motivation too,” Karamyan asserted. “Their study tells us, ‘Look, maybe this is what is happening,’ and that made me think that I really need to try to bring awareness that there are these two other peptides that could be equally important.”

Almost since the pandemic began, research has shown that many of the worst cases of COVID-19 are related to cytokine storms, which is when the body overproduces cytokines in an effort to fight the virus. Cytokines are substances such as proteins, peptides or glycoproteins that are released by cells within the immune system to affect other cells. For instance, cytokines help the body manage conditions such as immunity, inflammation and hematopoiesis (the production of blood cells and platelets). When they are overproduced, however, the resulting cytokine storm can have deleterious effects.

“In the beginning, it's a compensatory reaction when the cytokines are produced, but when it is overdone, this makes things much worse,” Karamyan added.

Using their own data and that put forward by previous investigators, the researchers who authored the original paper concluded it was the overexpression of bradykinin, or a bradykinin storm rather than a cytokine storm that was adversely affecting COVID-19 patients.

“As I noted, it makes sense,” Karamyan said. “It's not that cytokines don't do anything, but I agree with them that bradykinin could make things worse.”

To make their case, the authors of the original paper showed there were mechanisms that would make bradykinin appear to be upregulated, or increased within the body, while other mechanisms meant to degrade bradykinin are downregulated, or decreased. Karamyan said those same mechanisms also would affect substance P and neurotensin in the same manner at least 80% of the time.

“Those same mechanisms, or the majority of them, would lead to elevated levels of not just bradykinin, but also substance P and neurotensin,” Karamyan said. “That's one fact; the second is that if this inflammation is going on, if things are deteriorating in a COVID-19 patient, in the same way that bradykinin is making things worse, these peptides are known to do the same thing, and the number one thing is where the vasculature becomes leaky and we have edema formation and so on.”

Karamyan said the third fact he pointed out in his review is from his own collaborative and preliminary study with TTUHSC colleague Abraham Al-Ahmad, Ph.D., where they showed that these three peptides together — bradykinin, substance P and neurotensin — make more profound changes in vascular permeability than each of them produce alone. Vascular permeability refers to a blood vessel wall’s capacity to allow other molecules and cells to pass through.

“When they're together, bradykinin, substance P and neurotensin kind of have this synergetic or combined effect,” Karamyan said.

If those three peptides are concurrently available, Karamyan continued, they could adversely affect COVID-19 patients and lead to some of the conditions the authors mentioned such as vascular permeability, oxidative stress, inflammation, edema and others. He coined the term “vasoactive peptide storm” to describe the process.

In the original paper, the authors proposed using drugs known as receptor blockers that can prevent or reduce the impact of bradykinin. Karamyan agreed, but suggested adding receptor blockers for substance P and neurotensin to yield better results. In fact, Karamyan’s lab may already have an enzyme that can inactivate all three, though he said the approach is speculative at this point.

“An enzyme that we are working with called neurolysin actually degrades all three peptides,” Karamyan said. “It inactivates bradykinin, neurotensin and substance P. An alternative approach — again highly speculative — could perhaps be instead of using three different drugs to block all three peptides, possibly using one enzyme to get rid of all three peptides.”

Whether Karamyan decides to investigate the significance and impact of the so-called vasoactive peptide storm, or leave it for others more accustomed to working with COVID-19, Karamyan believes he may have found another piece to the pandemic puzzle. He and several colleagues have discussed testing the ability of neurolysin to deactivate all three peptides.

“These reviewers were telling me this is something that makes sense and is worthy of trying experimentally,” Karamyan said. “Obviously, it was very pleasant to hear this and it gave me confidence. Since then, I'm kind of on the border. It would be some deviation from what I do in regards to the disease itself. In regards to the mechanisms, no, because this is my field: peptides and enzymes. As of now I don't have anything planned yet, but it is possible that I may, or we may collectively as a group look into it.”