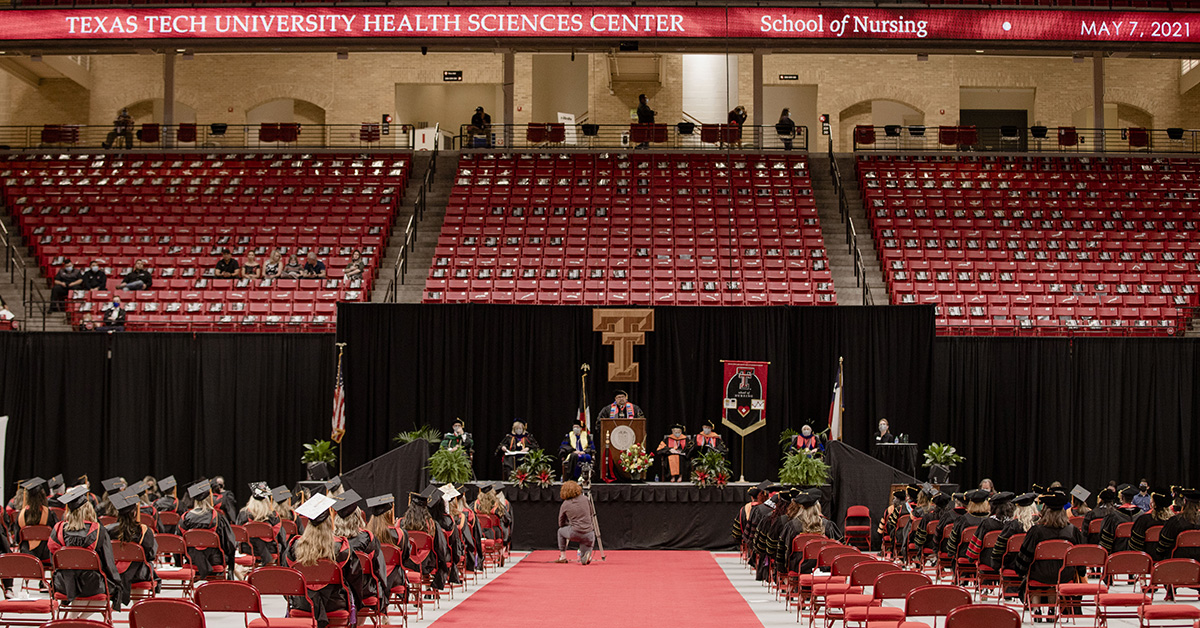 After the pandemic forced the Texas Tech University Health Sciences Center (TTUHSC) to host its first virtual graduation tribute last year, the university returned to more traditional commencement ceremonies for its 2021 class. Graduates from the School of Nursing, the School of Health Professions and the Graduate School of Biomedical Sciences crossed the stage May 7-8 at United Supermarkets Arena. 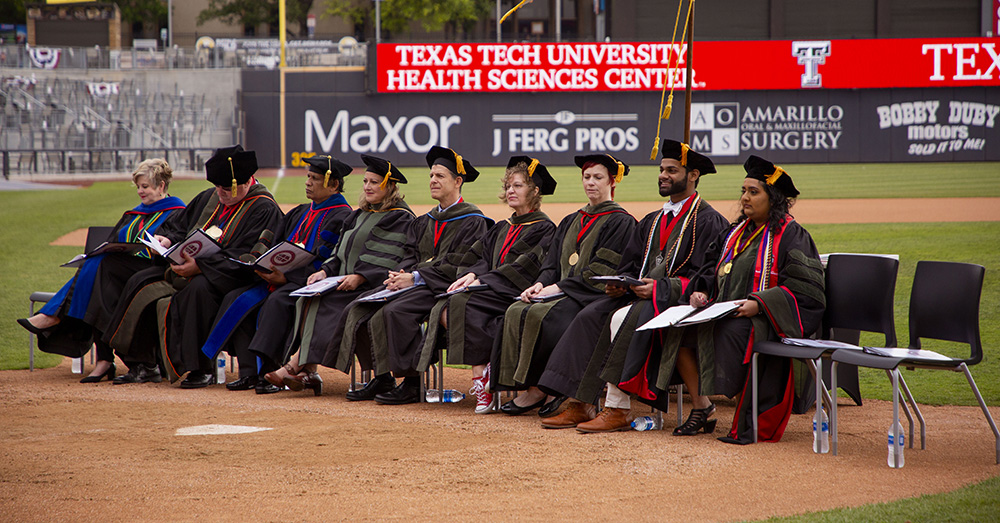 Class of 2021 members from the Jerry H. Hodge School of Pharmacy received their diplomas May 22 in a morning ceremony in Amarillo, while the School of Medicine graduates were honored that afternoon in Lubbock.

“I’m so proud of our graduates. They have demonstrated such resiliency throughout this pandemic in their academic endeavors while volunteering in so many capacities to meet the health care needs at hand,” TTUHSC President Lori Rice-Spearman, Ph.D., said. “That, no doubt, will punctuate their education at TTUHSC, but I fully expect their experiences and opportunities in service together will also make a huge impact as they move forward in their careers.” 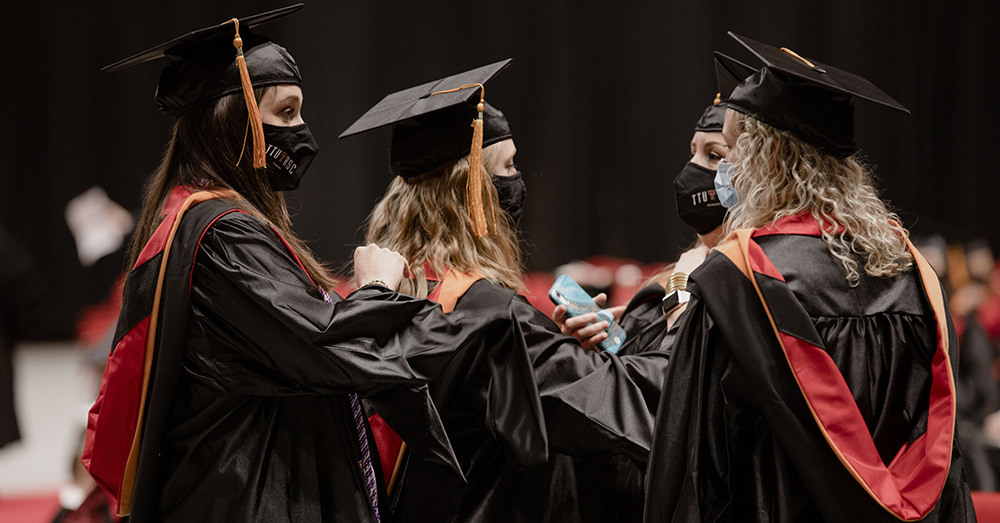 “For 40 years, TTUHSC has led in the innovation of nursing education,” Rice-Spearman said. “As a result, our graduates provide quality health care across our state and nation, and they hold leadership positions in facilities and in organizations that affect policy changes in health care. We’re continually ranked among the leading nursing schools throughout the state and nation for both online and face- to-face programs because of the leadership from a faculty who not only teach, but who also continue to practice and impact the profession.” 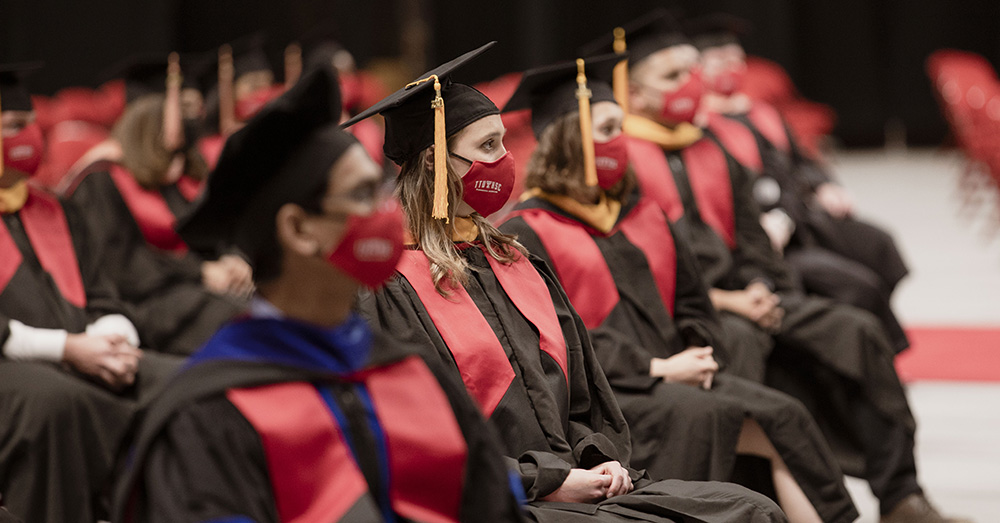 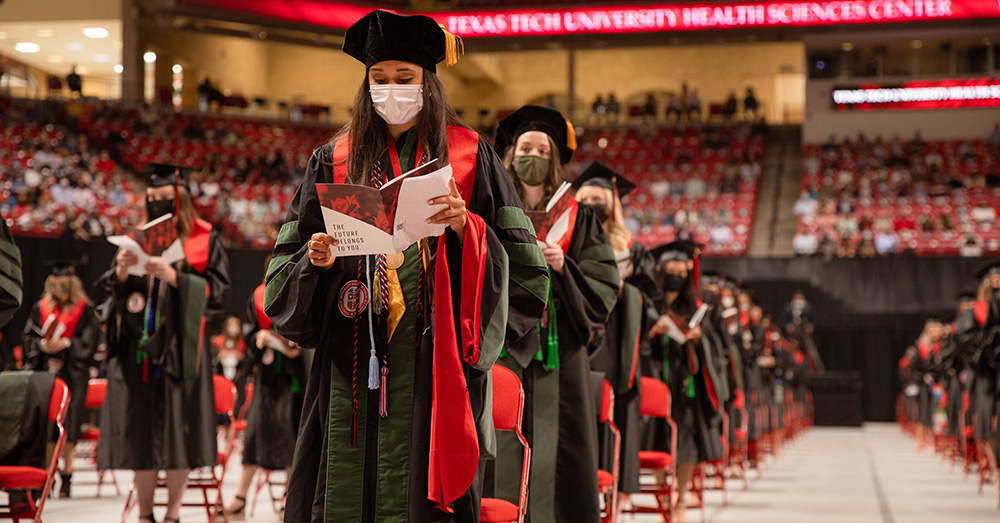 On May 8, the School of Health Professions honored 748 graduates from across its five departments and 21 programs. The school’s Class of 2021 award honorees included Madison J. Olney (Undergraduate Dean’s Award) and Haley Marie Glover (Graduate Dean’s Award).

TTUHSC concluded its 2021 commencement exercises May 22 when the Jerry H. Hodge School of Pharmacy and the School of Medicine recognized their Class of 2021 graduates.

TTUHSC’s 158 pharmacy graduates received their diplomas at Hodgetown Stadium in Amarillo. Sara Powell earned the Banner Bearer Award for having the highest GPA among the graduating class. Anthony Phan received the Bowl of Hygieia, the school’s highest student honor given each year to the graduate that best exemplifies the qualities of a fine pharmacist: high ethics, compassion and commitment to the profession. 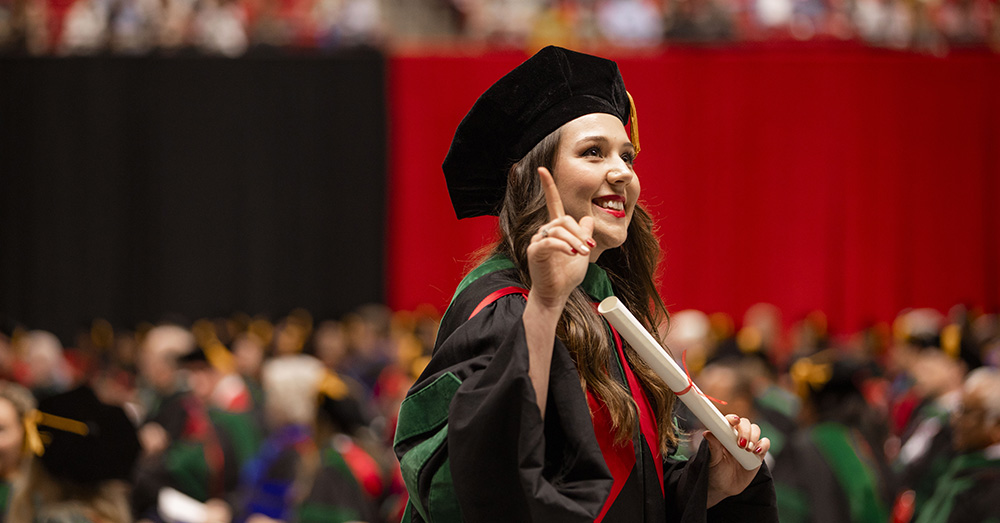