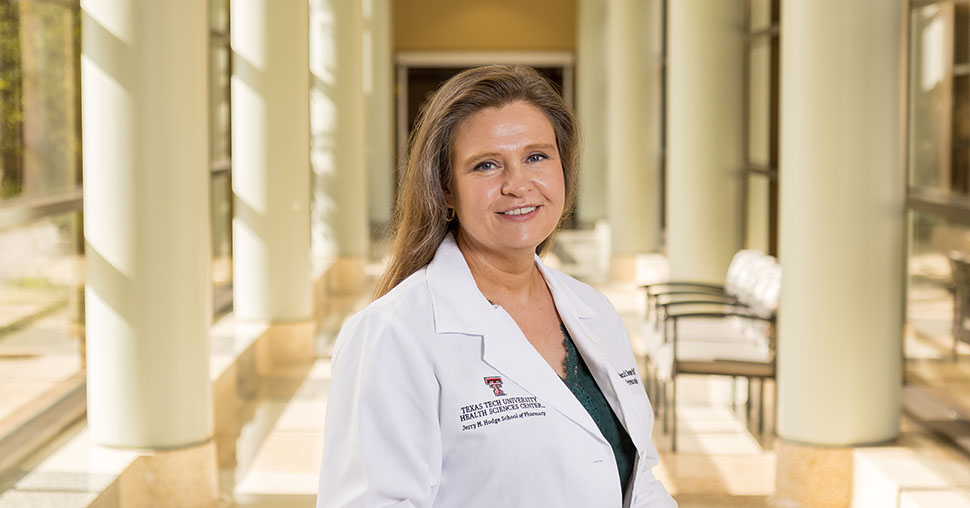 According to the Centers for Disease Control and Prevention, 85% of senior citizens in the U.S. are living with one chronic health condition and 60% have two or more. In the best of circumstances, managing a treatment regimen for chronic health issues conditions can be difficult, but when the summer temperatures begin climbing, those challenges can become dangerous.

Rebecca Sleeper, Pharm.D., a clinical pharmacist and senior associate dean for the Texas Tech University Health Sciences Center Jerry H. Hodge School of Pharmacy, said there are two things to consider when it comes to medication and heat, the first of which is the effect of excessive heat on the medicine itself.

To reduce the chances of heat exposure, Sleeper said medications should not be stored in places such as glove compartments or left inside mailboxes for extended periods of time. When traveling with medications that require temperature control, she suggested using an insulated cooler pack or something similar to maintain a consistent temperature to help the medications preserve their original integrity.

Sleeper said the second, and perhaps the most important factor to consider is how heat can influence the effects of some medications on one’s body. This can be especially important for seniors because summer’s elevated temperatures can magnify certain medication side effects such as sun sensitivity, dehydration and one’s ability to tolerate heat.

There are certain medications that can make one’s skin more susceptible to the effects of the sun. According to the U.S. Food and Drug Administration, these can include certain antibiotics, antifungals, antihistamines, cholesterol lowering drugs, diuretics, non-steroidal anti-inflammatory drugs, oral contraceptives and estrogens, retinoid and sulfonylureas for type 2 diabetes.

Sleeper said these types of drugs could lead to skin issues that range from a mild sunburn to a significant rash.

“For photo sensitivity, you're really looking at the effect to show up in the skin, and it may not just be redness; it actually could be an angry rash,” Sleeper explained. “You can even see skin sloughing with some of the more severe types of photosensitivity rashes.”

To reduce the risks posed by sun sensitivity, Sleeper said to be aware of the amount of time you’re spending under the sun, wear protective clothing such as wide brimmed hats and apply an appropriate sunscreen to exposed areas of the skin.

One of the most common health issues during the summer months is dehydration. As this happens the levels of important electrolytes, such as sodium or potassium, can become imbalanced. This can occur more rapidly for those who take diuretics, which are intended to rid the body of excess fluids. These include thiazide diuretics (e.g., chlorthalidone, chlorothiazide, hydrochlorothiazide, indapamide and metolazone) that are used primarily to regulate blood pressure, and loop diuretics prescribed to patients diagnosed with conditions that often produce excess fluid in the body such as heart failure, kidney disease, cirrhosis, hypertension and edema. Though not formally thought of as medications, caffeine or alcohol also can contribute to dehydration.

Sleeper said the risk of dehydration also increases in the summer because people may limit their fluid intake to avoid bathroom interruptions.

“I think in the summer we tend to want to restrict our fluid intake, especially when we're going to go on a long car trip or a long plane ride,” Sleeper opined. “Temporarily, that can be OK, but you really want to be careful; once you get on the ground or once you get to your destination, you really do want to hydrate. Don't restrict your fluid intake because you don't want to go to the bathroom because then when you get out into the sun, it can really knock you down.”

Sleeper said medications that affect the body’s electrolytes can magnify the effects of dehydration and cause dizziness, which in turn increases the risk of falls for seniors. Diuretics fall into this category, but others medications do as well. Mood stabilizing medications such as lithium and some antidepressants such as selective serotonin reuptake inhibitors (SSRIs; e.g., Zoloft, Prozac, Celexa and Lexapro) can all have a negative effect on one’s electrolytes.

“If your electrolytes are out of balance, then it's much more likely that you could experience those types of side effects more and more,” Sleeper emphasized. “And when you are dehydrated due to sun exposure that just compounds that and can make it worse.”

Our bodies rely upon an internal thermostat that senses when we're hot or cold and then helps the body regulate temperature through processes such as sweating when it’s hot or shivering when it’s cold. However, medications that affect the body’s dopamine level also can affect its ability to regulate temperature, making one more vulnerable to summer’s heat.

Medications that affect dopamine levels include Risperdal, Zyprexa, Seroquel and Abilify. Though these drugs are classified as anti-psychotic medications originally prescribed for conditions like schizophrenia, Sleeper said they are increasingly used as a supplement to treat depression, bipolar depression and other psychiatric conditions.

“People may be taking these drugs for other reasons and not realize that they're taking something that is regulating dopamine and could have that effect,” Sleeper added.

To further reduce the risks of heat-related medication interactions, Sleeper said to plan time for proper rest breaks in an air conditioned or shaded area and to make sure you are consistently hydrating — not just with plain water, but with something that includes electrolytes. These steps can be crucial for anyone taking medications that react adversely to heat, and even more so for seniors.

“I think it’s really important to just listen to your body and to know what to listen for,” Sleeper stressed. “If you get a little bit lightheaded, feel a little dizzy or start to feel nauseated, those are signs that you’ve got to take a break. If you are starting to see vision changes, like if your vision starts swimming or you start seeing spots, that's an alarm symptom that might not just mean take a break, especially if you fall. These are all things that suggest you need assistance.”