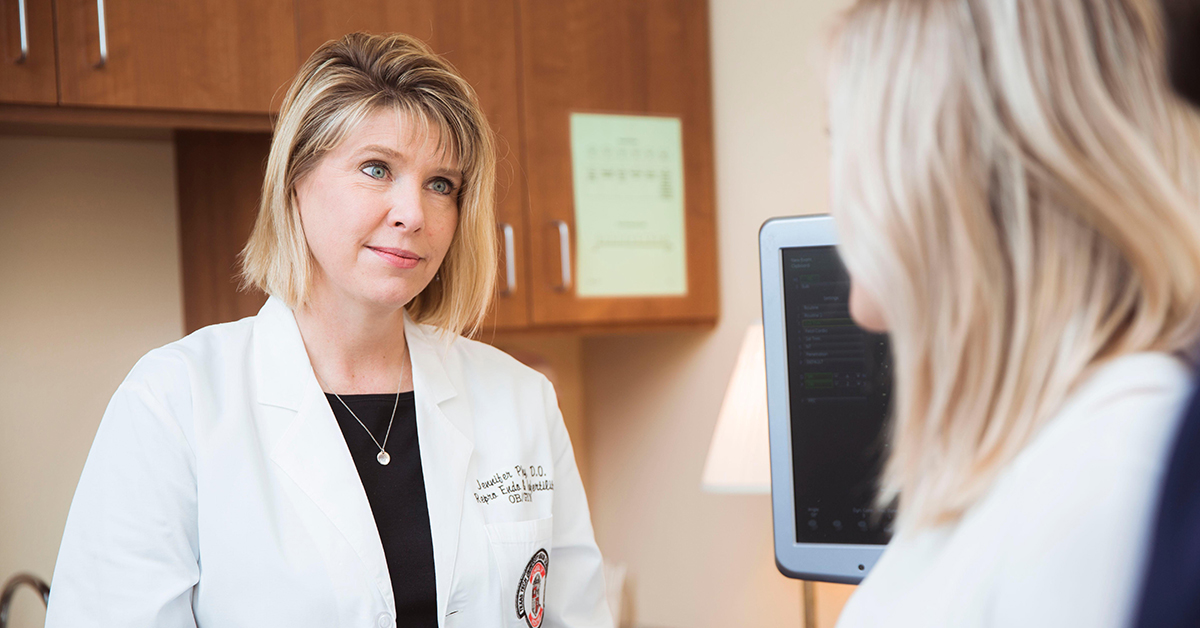 Polycystic Ovary Syndrome (PCOS) is the most common endocrine disorder in reproductive-aged women. It affects at least 10% of women, increasing their risk of obesity, diabetes, heart disease, cancer and infertility.

To help improve the health of these women, a research team led by Jennifer Phy, D.O., an associate professor at the Texas Tech University Health Sciences Center (TTUHSC) School of Medicine, developed a new dietary approach to managing the syndrome. The team, all of whom are reproductive endocrinologists, includes Jaou-Chen Huang, M.D., and Ali Chappell, Ph.D., a registered dietician.

Polycystic ovaries are typically larger, rounder and not actually cystic. Instead, they contain a string of small egg sacs called follicles that have a classic “string of pearls” appearance by ultrasound. This leads to infertility because the eggs within these follicles do not mature and are not released during ovulation.

A PCOS diagnosis requires two of three symptoms: irregular periods, elevated male-type hormones and the presence of a polycystic ovary by ultrasound. Because PCOS is a syndrome, not every woman affected will experience the same symptoms. This can make diagnosis a tricky undertaking for physicians and one that can only be confirmed by combining a physical exam with blood tests and an ultrasound.

Many women with PCOS struggle with skin problems like acne and unwanted hair growth. PCOS also may cause thinning scalp hair, darkening of the skin on the back of the neck and underneath the breasts and skin tags in the armpit or neck area. 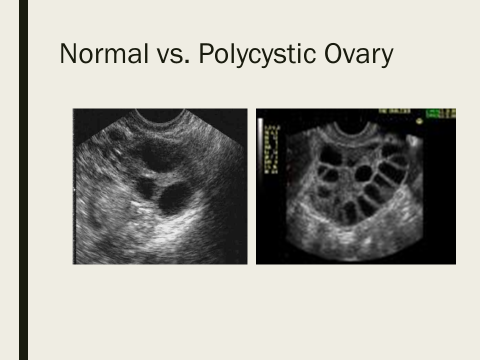 Though no one knows the exact cause of PCOS, Phy said elevated insulin production is one of the key signals of the condition. Metformin, an insulin sensitizer often used to treat diabetes, can be used to improve insulin levels in women with PCOS, but it has limited effects on improving their fertility.

“We believe insulin is the key; women with PCOS often have very high insulin levels and insulin can lead to fat storage,” Phy said. “When they ate a grain or a dairy product, instead of

their body raising its metabolism and burning those calories off as energy, their body did the opposite and stored it as fat.”

Phy has researched PCOS for the last 10 years. Her most recent study included 24 women with PCOS who followed the diet for eight weeks. At the end of the eight weeks, the women’s metabolic rates and insulin levels had significantly improved, as had their blood glucose, triglycerides, testosterone and vitamin D levels. In addition, they lost an average of 19 pounds and began experiencing more normal ovulation patterns. In fact, since the results were published in 2015, Phy said most women with PCOS who have followed the diet plan achieved conception, often within the first few months.

“Because fertility has a lot of different circumstances, there can be other factors involved besides just the ovulation and PCOS,” Phy added. “But the great majority, I would say at least 80%, will conceive and have it happen much quicker and with much less medication once they've switched to this diet plan.”

Phy said the PCOS diet plan eliminates all grains and a few starchy vegetables like corn, peas and potatoes. It also limits dairy intake to one ounce of cheese per day. Butter also is allowed, but only for cooking. As long as the women adhere to those restrictions, they can eat all the meats, vegetables and fruits they desire without counting calories, fats or carbohydrates.

“So many of my patients are in tears saying, ‘I feel so alone in this; I wish I had someone to talk to or share ideas with.’ I tell them we are working on that.”

The PCOS Diet is licensed as a Texas Tech technology and is commercially available at www.pcos-diet.com.