How one Amarillo mom discovered her two-year-old’s cancer diagnosis. 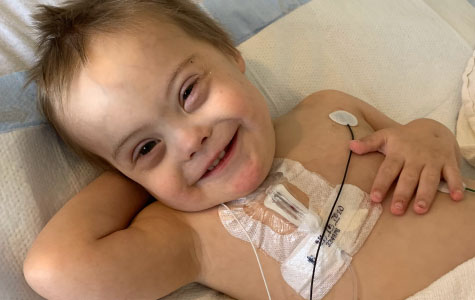 Hudson Hall is the youngest of three children in his family. He’s got a charming grin and a personality so big that it radiates through photographs. At three years old, though, this little guy has already engaged in a major battle for his life.

Meredith said earlier this year, Hudson wasn’t feeling well.  He had ear infections and was tired.

“Honestly before we went to the doctor, I thought, I bet this is leukemia. It just clicked in my mind. You know? As a mom, you have these moments where the pieces come together,” she said.

She was right. Hudson was quickly diagnosed with Acute Lymphoblastic or Lymphocytic Leukemia. Within moments, the family transitioned into battle-mode in the hospital. They spent a couple of weeks there getting Hudson’s treatment road map planned.

“I feel like we have honorary medical degrees now,” Meredith said. “Hudson’s treatment plan is so specific.  Every stage is something different. We just kind-of stay in the phase we’re in and don’t look too far into the future. We do know that he’ll be doing treatments through June of 2022.”

September is Childhood Cancer Awareness Month—a time when the health care community comes together to educate people about the disease. In 2020 alone, more than 11,000 children in the United States under the age of 15 will go through journeys similar to Hudson’s. The American Cancer Society (ACS) has said childhood cancer rates have been rising slightly for the past few decades.

There is good news though. Because of major treatment advances, ACS estimated that 84 percent of children with a cancer diagnosis will survive at least five years. 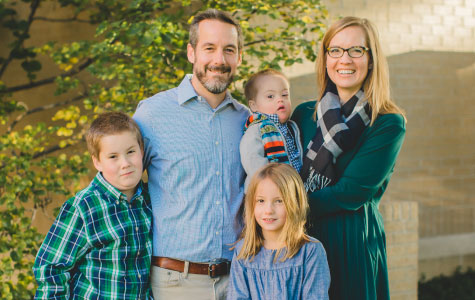 “The length of time needed for treatment differs depending on the type of cancer. It can take months or years,” Smita Bhaskaran, M.D., a pediatric hematology-oncology specialist at Texas Tech Physicians, said. “The good news is we are always working to develop new therapies for children, and in recent years, these therapies have become very targeted and more effective.”

As with many forms of cancer, early diagnosis of the disease is key. Childhood cancer symptoms can present in unusual ways and can often be undiagnosed or mistaken for other common injuries or illnesses. Children should have regular medical checkups, but parents should pay special attention to chronic symptoms like persistent fever, nausea and vomiting, tendency to bruise easily, unusual lump or swelling, loss of energy and pale complexion, headaches, lingering pain in one area of the body, abrupt vision changes, sudden weight loss or limping.

“You often hear parents say, ‘I just had a feeling,’” Bhaskaran said. “Many times children’s lives are saved because parents act on those feelings and get kids to the pediatrician. It’s good to go with your gut as a parent.”

Several months after that first appointment, Meredith said Hudson feels better than he has in a while.

“He felt so bad for so long—you start to think that’s normal,” she said. “Even with the chemo treatments, now that those cancer cells are gone, it’s amazing how much better he is.”

Meredith said Hudson’s doctors believe his prognosis is good, and for that, they are grateful. There are more trips to the doctor and heightened precautions because of the COVID-19 pandemic, but the Hall family has also experienced the love and support of a community— an indication they are not on this journey alone.

“I’m sure anywhere we live we’d see this sort of support, but between friends and church family, we’ve had so much support,” she said. “We have been super blessed. Even with COVID, we’ve never felt like we were alone.”