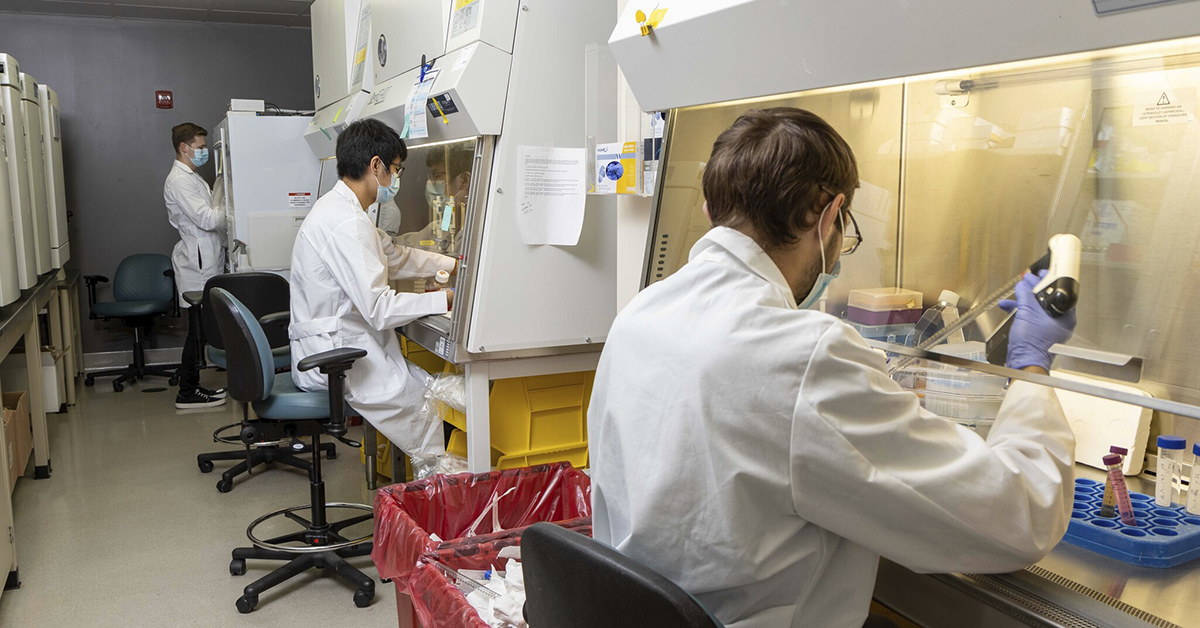 Around the world more than 300,000 children are diagnosed annually with cancer, and nearly 16,000 of those cases occur in the United States. That means every day an average of 43 American families receive the devastating news about their child’s health. Cancer takes the lives of approximately 1,800 of these youngsters each year, making it the number one cause of death by disease in U.S. children.

September is internationally recognized as Childhood Cancer Awareness month, a time when various groups and organizations double down on efforts to raise support, understanding and funding to continue the fight against the disease. However, the research that seeks to make their cause obsolete is an ongoing endeavor, and the Childhood Cancer Repository located on the Texas Tech University Health Sciences Center (TTUHSC) campus in Lubbock plays a role in many of these research projects.

The mission of the Childhood Cancer Repository is to provide validated cell lines and cryopreserved patient-derived xenografts (PDXs, which are human tumors growing in special mice) established from childhood cancers to all investigators who request them. Director of the TTUHSC School of Medicine Cancer Center, C. Patrick Reynolds, M.D., Ph.D., also directs the repository, which serves as a resource laboratory for the Children's Oncology Group (COG). The COG is the national cooperative group for childhood cancer in the U.S. and is the world’s largest organization devoted exclusively to childhood and adolescent cancer research. Today the COG includes thousands of researchers from more than 200 leading children’s hospitals, universities and cancer centers across North America, Australia, New Zealand and Europe. 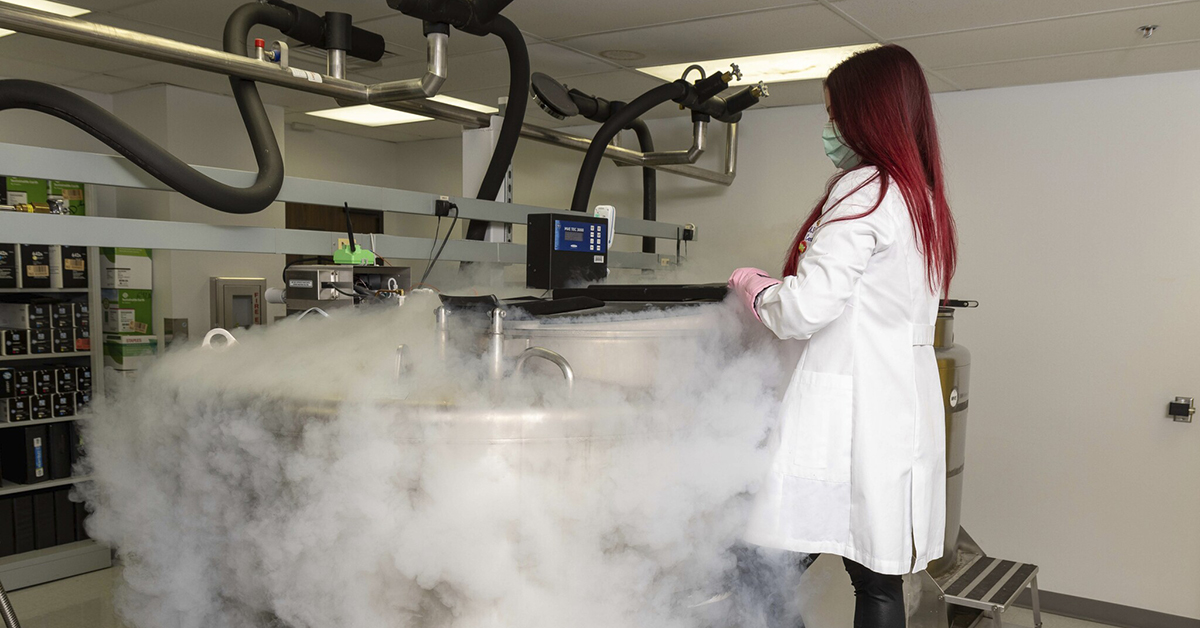 “The COG sends us living cancer cells from patients and we grow the cell lines and PDXs here at TTUHSC,” Reynolds explained. “We characterize them and then we make them available; we send them out to 28 different countries. Literally, it's the worldwide repository and over 600 labs use it.”

“We really wanted to make the repository a COG operation, something that is owned by all of us across the country collectively, not just by one institution,” Reynolds said. “I wrote a protocol for the COG, a clinical protocol to collect more samples. At the time we were doing almost all neuroblastomas, then we started collecting leukemias and other solid tumors, so we expanded the repository to what it is today.”

As funding from other sources became more difficult to secure, Alex’s Lemonade Stand Foundation (ALSF) stepped in and agreed to fund the repository, which includes robust cryopreservation facilities. Reynolds said ALSF was literally started with a lemonade stand run by Alex, a child who died from neuroblastoma, the most common cancer outside of the brain in infants and young children. Core funding for the TTUHSC animal facility that supports the repository is provided by the Cancer Prevention and Research Institute of Texas (CPRIT), and characterization of cell lines and PDXs in the repository is supported by CPRIT, the National Cancer Institute and the Department of Defense.

“Now they (ALSF) generously support our repository; in fact, we renamed it the COG-ALSF Repository,” Reynolds said. “The COG provides all the samples and ALSF provides the funding. Basically our job is to make sure that this happens and that we have the samples stored in such a way they don't ever get lost. Then when people come to us and say we need ‘x’ we send them ‘x.’” 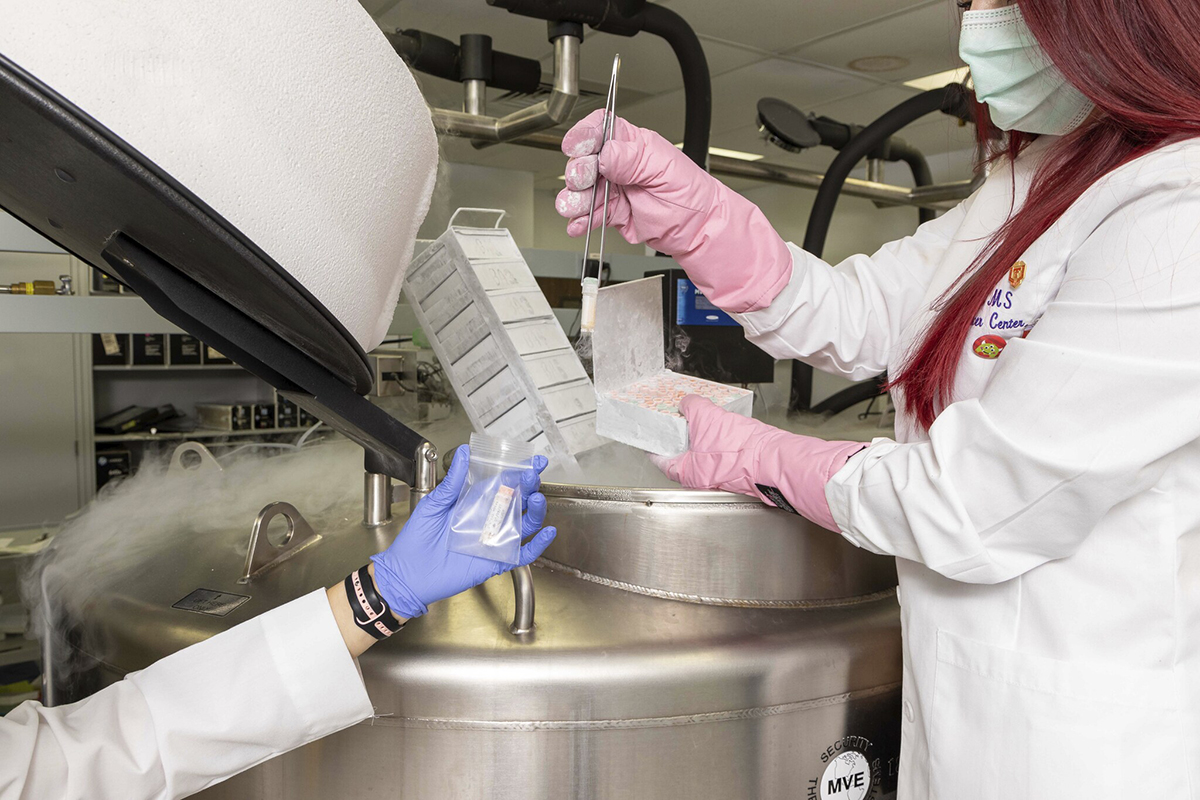 During its lifetime, the COG-ALSF Repository has banked more than 500 cell lines and 100 PDXs from childhood cancers. The largest numbers of cell lines and PDXs in the facility are from neuroblastoma patients, and those truly cover the biological spectrum of the disease. That makes the repository an important resource to scientists who are applying for grants to research childhood cancer.

“I just had a leader-in-the-field investigator who is putting in a grant application say, ‘Hey, I really need PDXs’ that have particular features that he described,” Reynolds said. “I replied, ‘We've got just what you need for your proposed work; here is a list of those and they are available to you from the repository.’ This helps our colleagues across the country compete for grant funds, which are hard to come by for childhood cancer research.”

Reynolds believes the repository also helps TTUHSC recruit, whether for faculty members, students or postdocs. When candidates learn about the facility, Reynolds said it is reassuring to them to know the COG-ALSF Repository is located on the university campus and will facilitate their research. It also helps build a strong reputation for TTUHSC.

“Before we established the repository here, I don't think there were many, certainly not in pediatric oncology, who knew about TTUHSC,” Reynolds said. “Now pretty much everybody in the world in pediatric oncology knows where this institution is. That's where they get their cell lines and PDXs from, and it gives our institution a lot of visibility.”