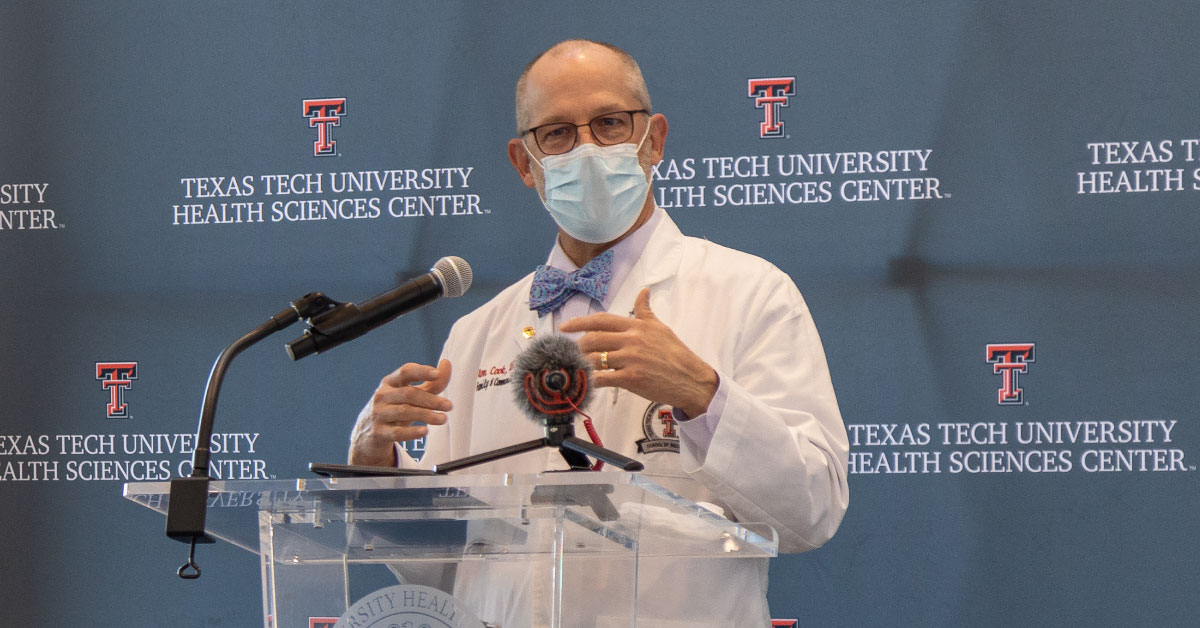 The Lubbock Osteopathic Fund presented today (Nov. 2) the Texas Tech University Health Sciences Center (TTUHSC) School of Medicine $1.1 million for the establishment of the Lubbock Osteopathic Endowed Chair in Family Medicine. The chair position was presented to Ronald L. Cook, D.O., chair of the School of Medicine Department of Family and Community Medicine.

“With the help of TTUHSC in the formation of an endowed chair, it is now time to direct our actions toward continuing the osteopathic presence and influences within Lubbock,” Hanford said. “We are excited with the selection of Dr. Ron Cook as the first recipient of the Lubbock Osteopathic Endowed Chair.”

An endowed chair is among the highest academic honors a university can bestow on a faculty member. Those named to chair positions are among the most highly regarded physicians, researchers and professors in their fields. TTUHSC Executive Vice President and School of Medicine Dean Steven L. Berk, M.D., said Cook has demonstrated commitment to the overall health of not only those at the university, but also, within the city of Lubbock and West Texas. 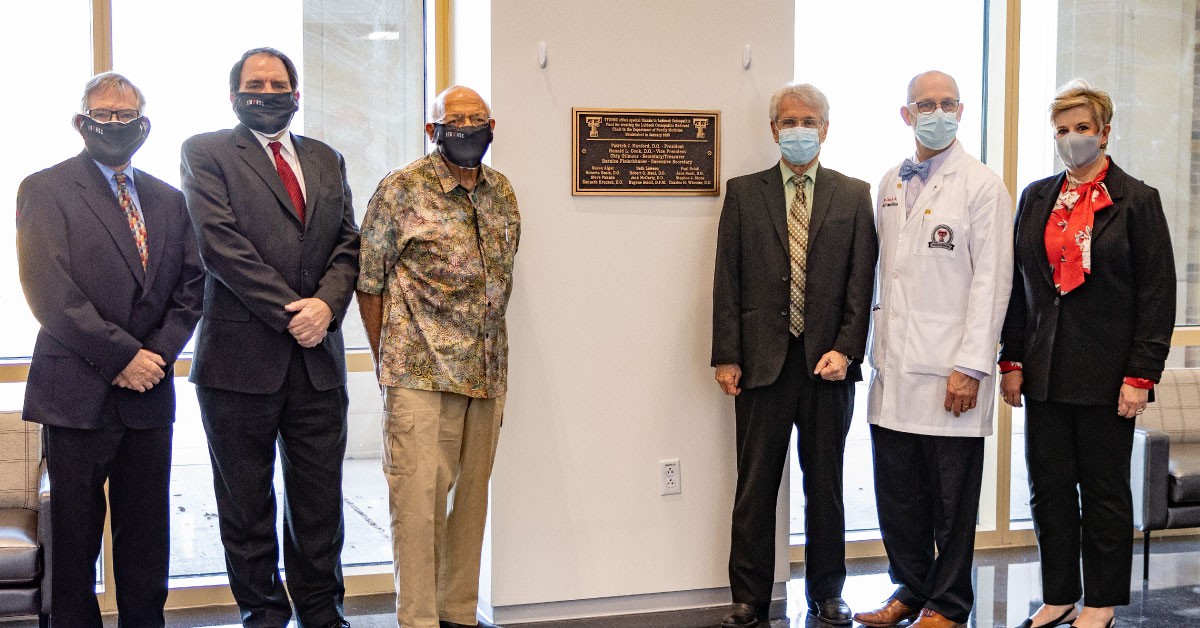 “We are grateful for the generous support from the Lubbock Osteopathic Fund,” Berk said. “Endowed chairs are critical to our School of Medicine. As physicians, our role is to advocate for patients and the communities we serve. Dr. Cook has made an enormous impact with his contributions to our university, city and family medicine program. His leadership at this unprecedented time as an academic professor, clinician, department chair and health authority has been extraordinary.”

Both medical doctors and doctors of osteopathic medicine are licensed by the same state licensing boards and held to the same requirements for practicing medicine. Cook’s experience in leadership, academics and clinical practice serve as an invaluable resource for the university, community and state.

Cook is health authority for the city of Lubbock and medical director for the City of Lubbock Health Department as well as the director of the School of Medicine’s Family Medicine Accelerated Track program and provides executive leadership for Student Health Services located in the Texas Tech University (TTU) Student Wellness Center. 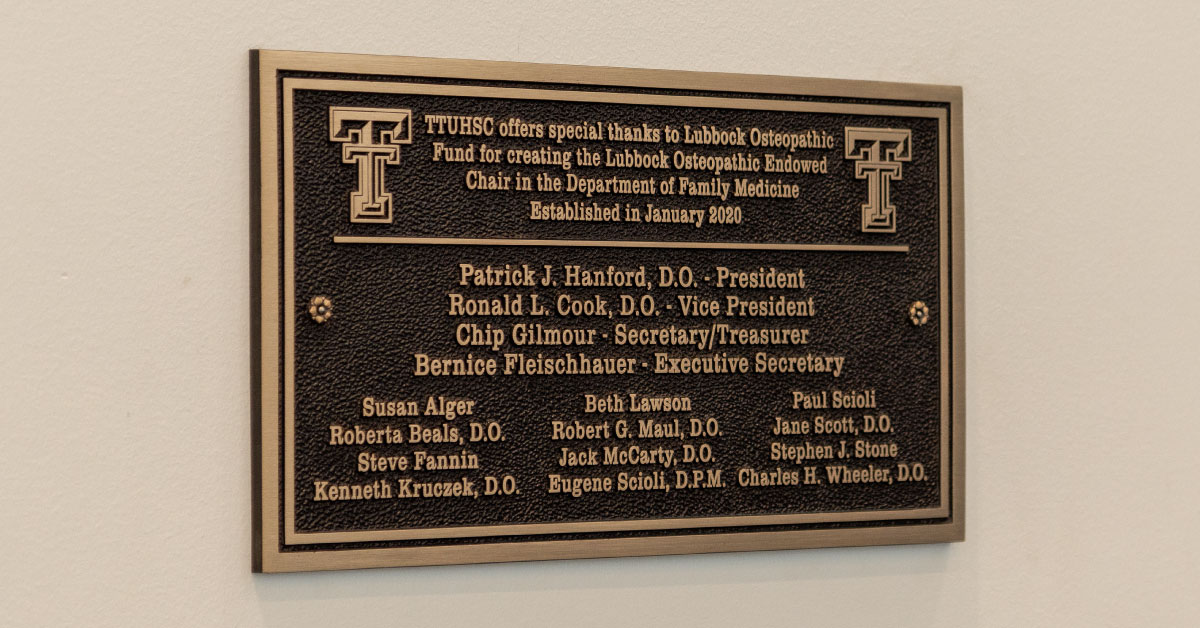 He is the author or co-author of more than 100 peer-reviewed publications and articles.

The Lubbock Osteopathic Fund has supported charitable and educational organizations and advocated support of osteopathic students and residents. Since its formation, the fund has donated more than $3 million within the city of Lubbock and surrounding counties and across the state of Texas.