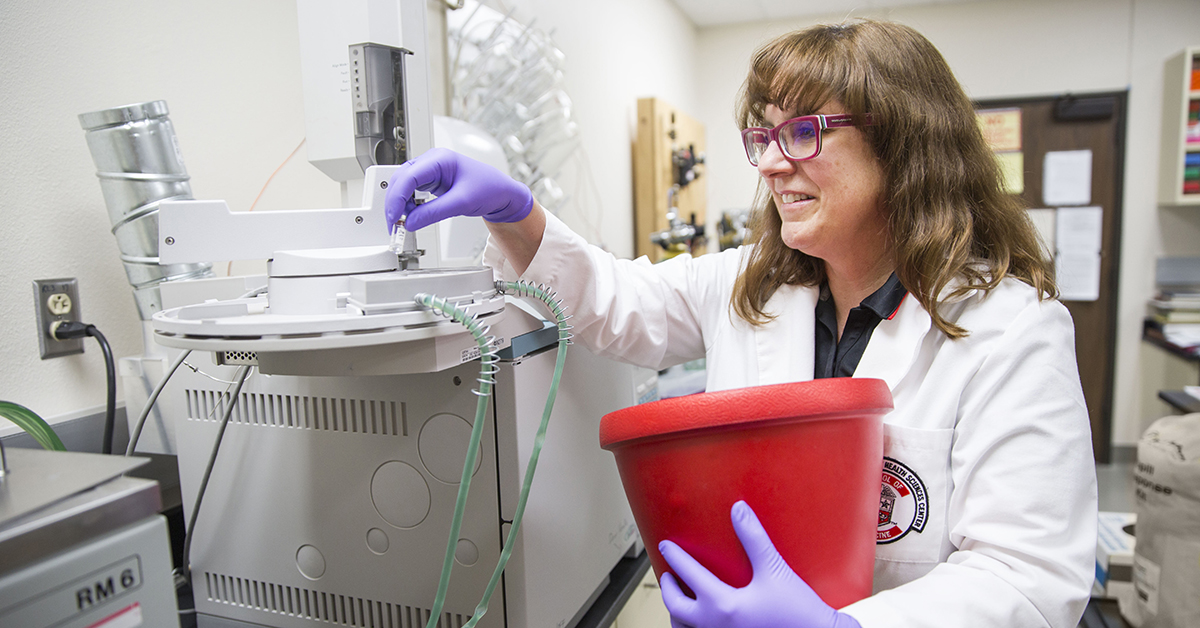 Susan Bergeson, Ph.D., a University Distinguished Professor at the Texas Tech University Health Sciences Center (TTUHSC) School of Medicine, has dedicated her career to trying to understand the complex mechanisms underlying alcohol use disorder (AUD). Recently she and Ted Reid, Ph.D., professor of ophthalmology and visual sciences, designed a new medication, which is now on the path toward investigational new drug approval by the FDA.

The National Institutes of Health (NIH) recently awarded a five-year, $7.25 million grant for a project entitled, “Medication Development for the Treatment of Alcohol Use Disorder,” to Bergeson, Leslie Shen, Ph.D., the clinical principal investigator for the project, and their collaborators. The TTUHSC team also includes David Edwards, M.D., the Phase 1 clinical trial leader; Regina Baronia, M.D., and David Trotter, Ph.D., clinical experts in AUD; and Min Kang, Pharm.D., a licensed pharmacist and pharmacologist. Reid is the team’s chemist. Jaehoon Lee, Ph.D., from Texas Tech University, serves as the clinical statistician, and project consultants include Peter Syapin, Ph.D., TTHUSC professor emeritus, and Adron Harris, Ph.D., and Robert Messing, M.D., from The University of Texas at Austin.

Bioinformatics analysis of brain gene expression previously conducted by Bergeson’s laboratory and others showed neuroinflammation to be a major pathway by which high alcohol consumption can lead to alcohol use disorder. Knowing this, Bergeson, Syapin and their students at the time began a search for anti-inflammatory and anti-immune acting drugs that were known to cross the blood brain barrier and were already available. The search eventually led them to minocycline, a tetracycline class antibiotic commonly used to treat acne and has documented ‘off-target’ anti-inflammatory properties. 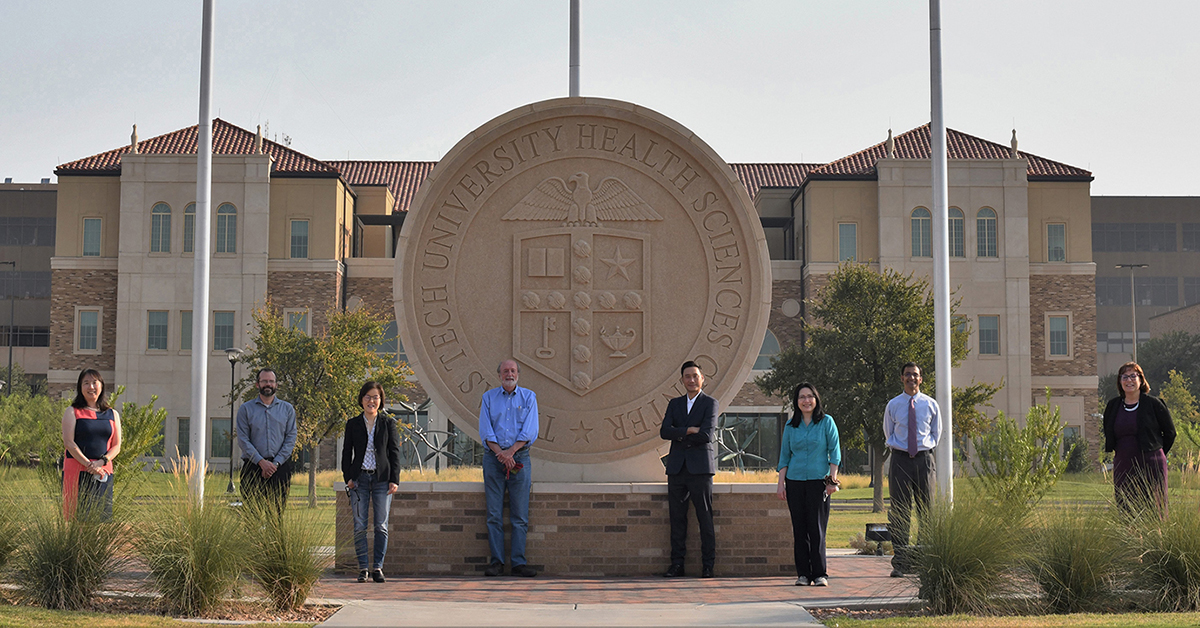 The Bergeson team used structure function information in the literature and completed additional experiments in the lab to better understand how to create new analogs, which lose their antimicrobial action, yet continue to reduce alcohol consumption and suppress other alcohol related traits. After showing efficacy in mice and swine, two important pre-clinical models of AUD, this latest grant will help them take their drug through three important steps. The first is to develop manufacturing standards, which will be overseen by Reid and Bergeson.

“You have to make sure that you can manufacture the drug under regulated standards and that it comes out the same, with respect to structure, purity and activity, every single time,” Bergeson said.

A second step is to ensure a potential drug is safe, which is required by the Food and Drug Administration (FDA) for approval of Investigational New Drug use. This entails having an independent certified laboratory conduct mandatory toxicology and pharmacology studies.

“We have to know that we can give large doses to animals and that you don't see any significant side effects,” Bergeson explained. “These studies are done in at least two different mammals to see if the drug has any problems before the FDA allows it to be tested in clinical trials involving humans. Minocycline, the parent compound, is very well tolerated.”

The next step will require the Bergeson/Shen team to present their preclinical animal studies to the FDA for approval prior to carrying out the Phase I clinical trial. After approval by the FDA, Shen and Edwards will direct the human studies, which will be conducted in conjunction with the TTUHSC Clinical Research Institute, which is directed by John Griswold, M.D. Baronia and Trotter will ensure the subjects chosen meet required criteria.

“FDA Phase I is a safety trial in a small number of healthy human volunteer subjects,” Bergeson said. “You give small single escalating doses to start and, if found safe, and then you give multiple escalating doses to see if there's any side-effects. It takes a while because the process proceeds cautiously, one small group at a time. If nothing problematic occurs, then we escalate the dose a little bit.”

Shen, a certified clinical research professional, and Kang will assess outcomes with Lee, the team’s independent clinical statistician who will set up the experiments and then be blinded for analyses of outcomes.

Bergeson initially started the project with several grants from TTUHSC’s Laura W. Bush Institute for Women’s Health and a $25,000 presidential cooperative grant from TTU and TTUHSC, which allowed Brittany Backus, Ph.D., and Bergeson to test the new drug in swine. The Texas Tech University System owns the patent for the potential new drug and licenses it to South Plains Biotechnology, a small company owned by Bergeson and Reid. Bergeson believes the grant illustrates a process she describes as the wave of the future: basic scientists patenting their work and then developing it into clinically relevant grant applications.

Whether or not the drug is ultimately proven safe and becomes a viable treatment for alcohol use disorder, Bergeson said the grant is a good example of the university investing in its researchers and having something valuable to show for it.

“I've been working since I was an undergraduate student on alcohol use disorder problems,” Bergeson added. “I just feel blessed to have gotten to a point where we actually were able to target a pathway that allows us to diminish drinking.”