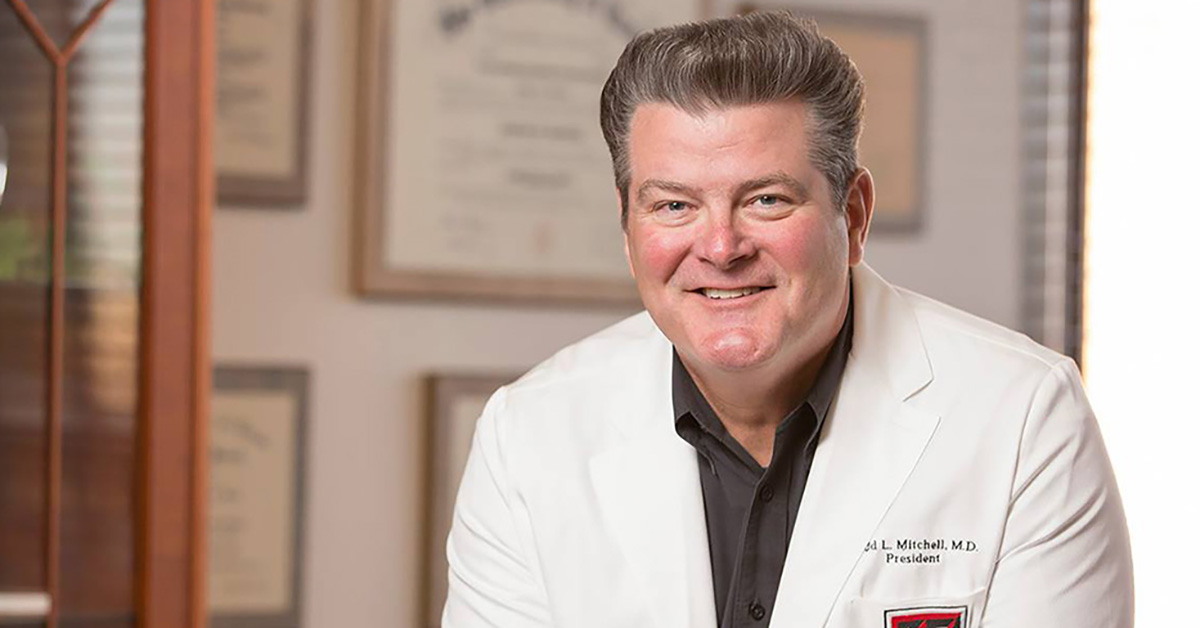 Tedd L. Mitchell has served as the longest tenured president for TTUHSC, serving for 9 years.

Dr. Tedd L. Mitchell announced Thursday (Oct. 24) that he will transition into the full-time position as chancellor of the Texas Tech University System, effective Nov. 1, and leave his long-held post as president of Texas Tech University Health Sciences Center (TTUHSC), a position he has served in since 2010. 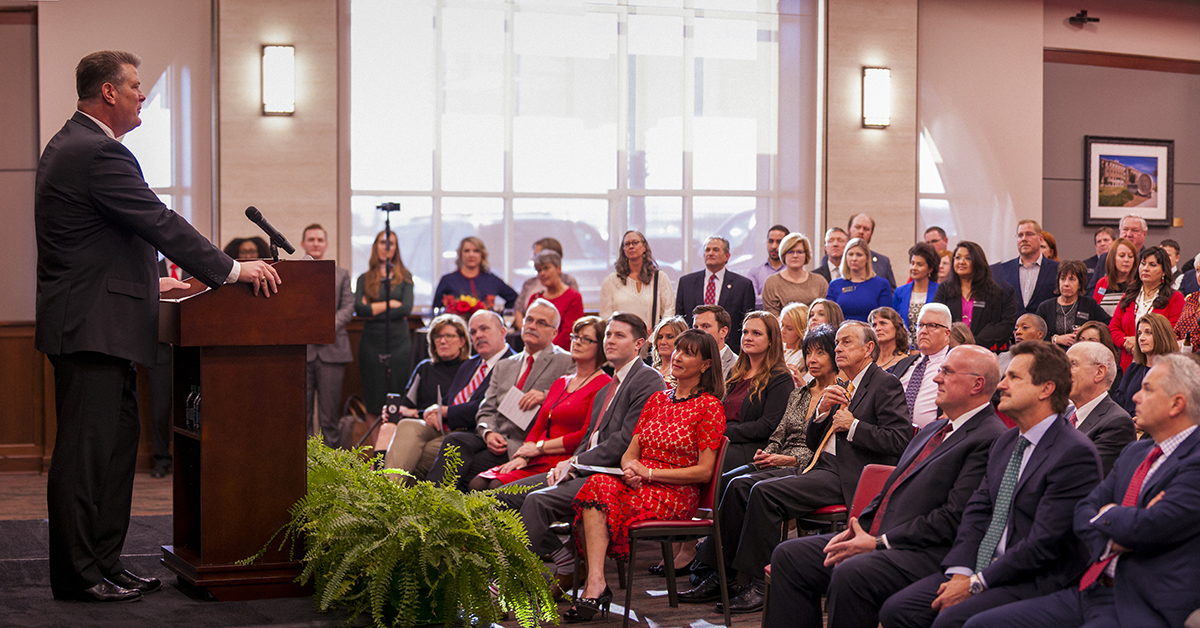 Mitchell has served in a dual role as Texas Tech University System Chancellor & TTUHSC President for the last year.

Mitchell has served in a dual appointment as chancellor and president for the last year, with tomorrow (Oct. 25) marking his one-year anniversary since adding the chancellor title. During this time, Mitchell led the TTU System through a historic 86th Texas Legislature, which added two new professional degree programs and schools – dental and veterinary medicine – in the TTU System’s component universities. Mitchell’s efforts also provided consistency for an important period over the last year, serving as a capstone for his tenure at TTUHSC.

“We are experiencing significant momentum and success at Texas Tech University Health Sciences Center and the Texas Tech University System, and both institutions deserve to have chief executive officers solely dedicated to advancing their priorities,” Mitchell said. “That said, serving TTUHSC for the past 10 years alongside a team of incredible faculty, students and staff has been a highlight of my career.

“Together, we have made significant contributions to our campus communities that also have a greater global impact in health care. I’m incredibly proud of what we’ve achieved, honored to have served as president, and excited to continue to lead the Texas Tech University System as chancellor.” 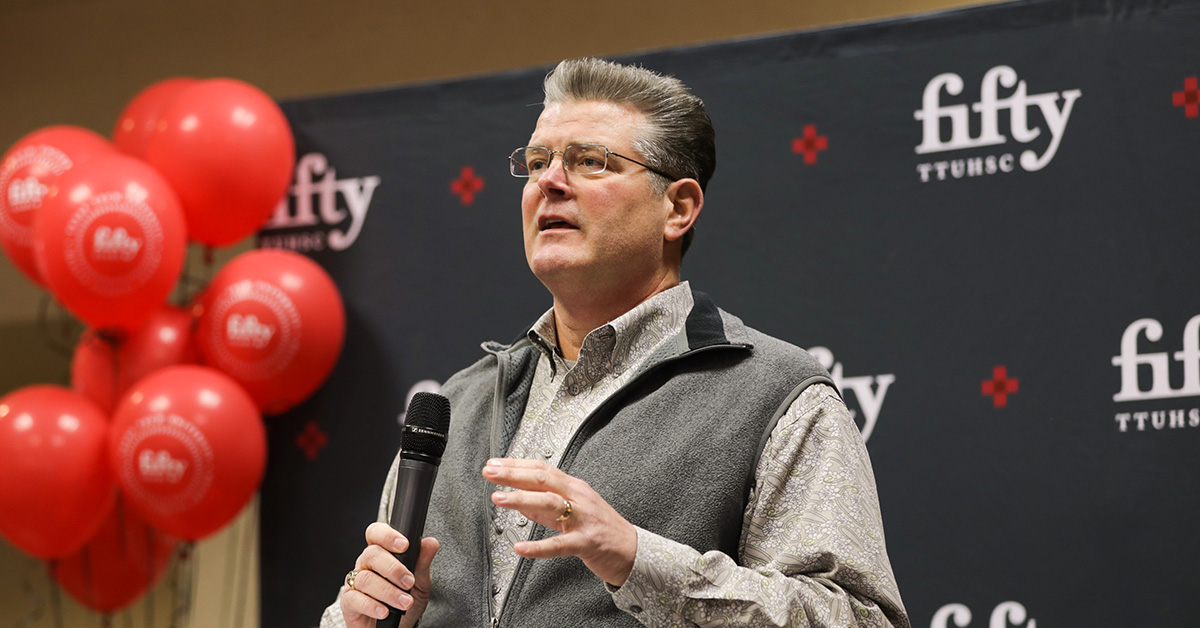 Mitchell joined the TTU System when he was named the eighth president of TTUHSC on May 17, 2010. He is the longest-tenured president during the 50-year history of TTUHSC and successfully led the university to a period of historic milestones, record growth in enrollment, academic excellence and physical campus expansion. TTUHSC now graduates more health care professionals than any other health-related institution in Texas.

“Dr. Mitchell has been an extraordinary leader for Texas Tech University Health Sciences Center during his near-decade of service as president,” said Christopher M. Huckabee, chairman of the TTU System Board of Regents. “TTUHSC has experienced a transformative era under Tedd’s administration with record-breaking enrollment, research funding, employee and student satisfaction and physical campus growth. Moving forward, the Board of Regents is extremely thankful to have Tedd leading the way as chancellor and providing our system and its institutions with his dynamic vision and steady guidance.”

During Mitchell’s tenure as president, TTUHSC and its leadership spearheaded the university’s first fundraising campaign, which is closing in on its $100 million goal. Mitchell’s vision as president also saw the largest physical campus expansion for TTUHSC in new construction since the university’s inception. In addition, a recent initiative Mitchell and his administration pioneered was developing and installing a Values Based Culture for the university faculty, staff, students, patients and community members. 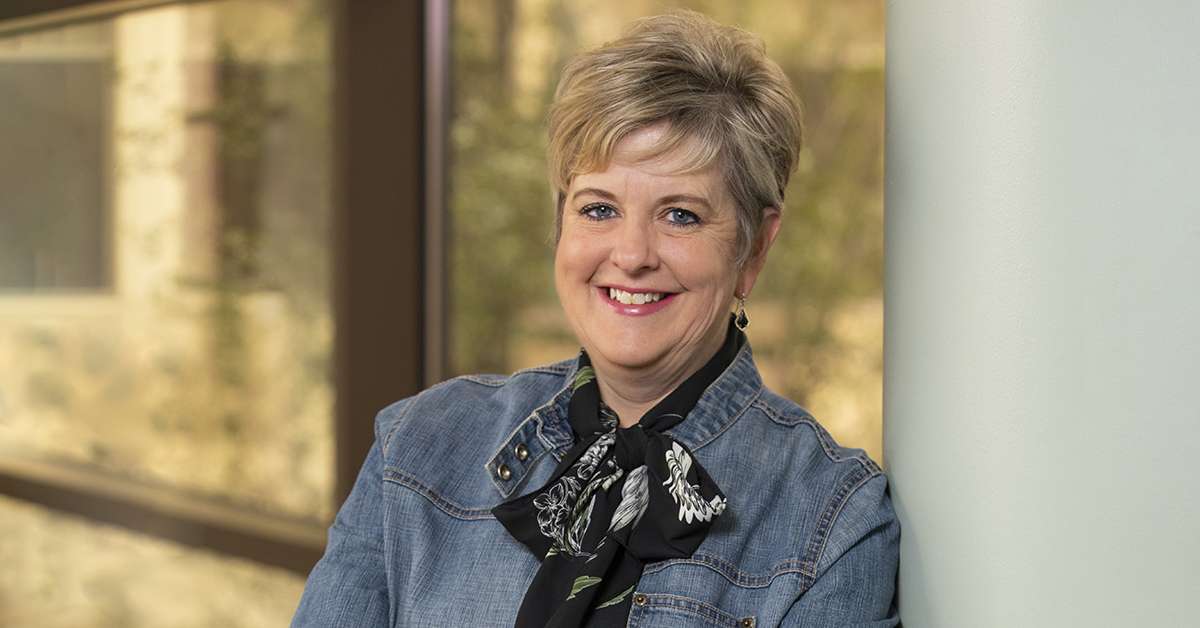 Lori Rice-Spearman, who recently was named provost and chief academic officer at TTUHSC, has accepted the role of interim president.

Lori Rice-Spearman, who recently was named provost and chief academic officer at TTUHSC, has accepted the role of interim president, effective Nov. 1, and will serve the university in both roles during the presidential search process.

Rice-Spearman began working at the university in 1987 and was appointed dean of the School of Health Professions in 2016. As dean, Rice-Spearman led the largest school of health professions in Texas and one of the largest in the nation in relation to the extent of programs and number of enrolled students and graduates.

“As the university’s chief academic officer, Lori’s responsibilities closely align with those of the president. Additionally, Lori lives the TTUHSC values and possesses a visionary approach to strategic planning,” Mitchell said. “I have complete confidence in her ability to lead TTUHSC during this transition.”

In the coming weeks, Mitchell will work with the Board of Regents to develop and announce details of the presidential search process. 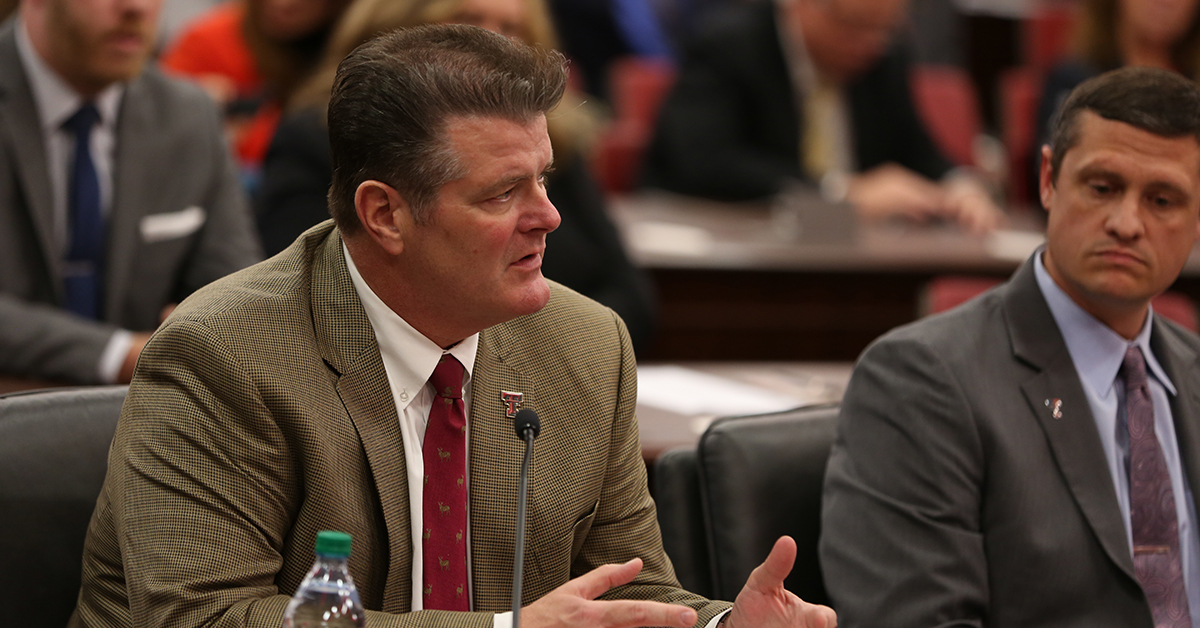 Tedd L. Mitchell thanks the TTUHSC family for its invaluable impact during his time serving as President.