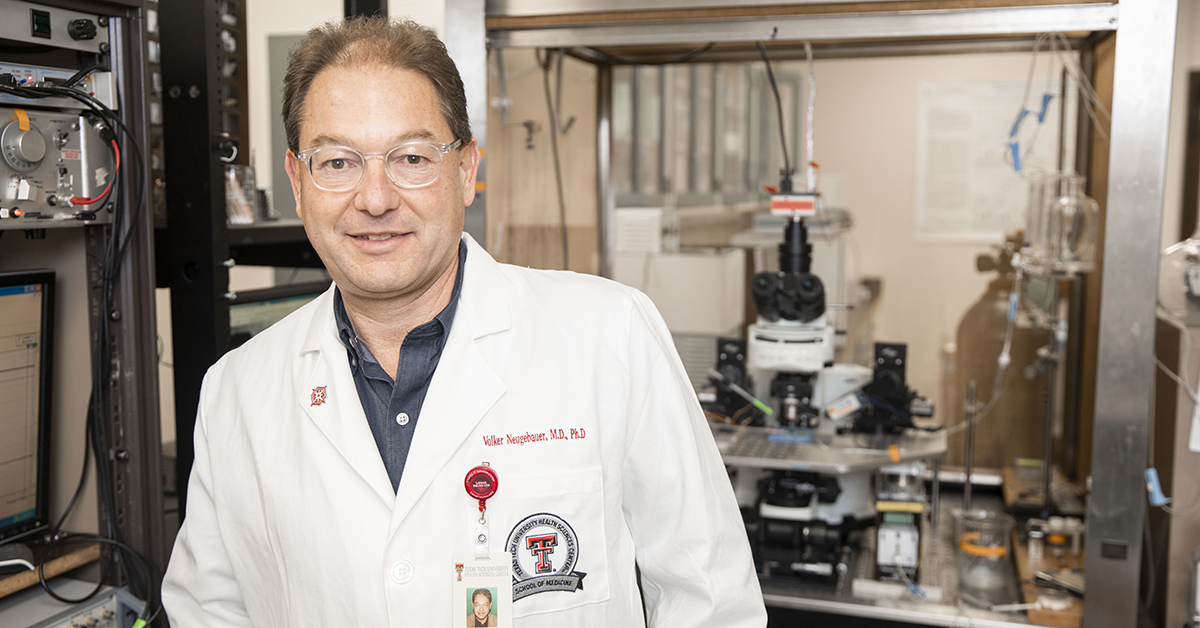 Millions of people around the world are affected by pain, a multidimensional experience characterizedby interactions between our emotional, cognitive, sensory and motor functions. Because pain is a complex condition, treating it efficiently continues to pose challenge for physicians.

Past pain research typically has focused upon the spinal cord or the peripheral areas of the nervous system located outside the spinal cord and brain. However, a research team headed by Volker E. Neugebauer, M.D., Ph.D., at the Texas Tech University Health Sciences Center (TTUHSC) School of Medicine recently investigated how some mechanisms in the brain contribute to pain. His study, "Amygdala group II mGluRs Mediate the Inhibitory Effects of Systemic Group II mGluR Activation on Behavior and Spinal Neurons in a Rat Model of Arthritis Pain," was published recently by the journal Neuropharmacology. Mariacristina Mazzitelli, a TTUHSC research assistant and Ph.D. candidate, is the study's lead author.

"Our group has been interested in understanding pain mechanisms, and our unique area of expertise is really understanding that changes in the brain contribute to the persistence, intensity and other side effects of pain," Neugebauer said. "It is not just a sensation that let's you know where it hurts and how intense the pain feels. It also causes anxiety, impairs quality of life and causes depression. We're studying the brain because all of those things reside there."

To better understand what pain-related changes may occur in the brain, and how to normalize those changes, Neugebauer's study applied an arthritis pain model and focused on the amygdala, which are almond-shaped clusters located deep inside each of the brain's temporal lobes. The amygdala is part of what is known as the limbic brain, a complex arrangement of nerve cells and networks that control basic survival functions, motivations and emotions like fear and play a central role in disorders like anxiety, addiction and pain.

The study specifically looked at activating what are known as group II metabotropic glutamate receptors, or II mGluRs, within the amygdala. There are three groups of mGluRs that serve opposing functions, and activating these receptors can trigger an excitatory response between cells, which increases pain-related activity, or they can trigger an inhibitory response between cells that decreases pain-related activity.

"The idea is that if we can activate the inhibitory receptor, we could decrease brain activity, which also would decrease pain," Neugebauer said. 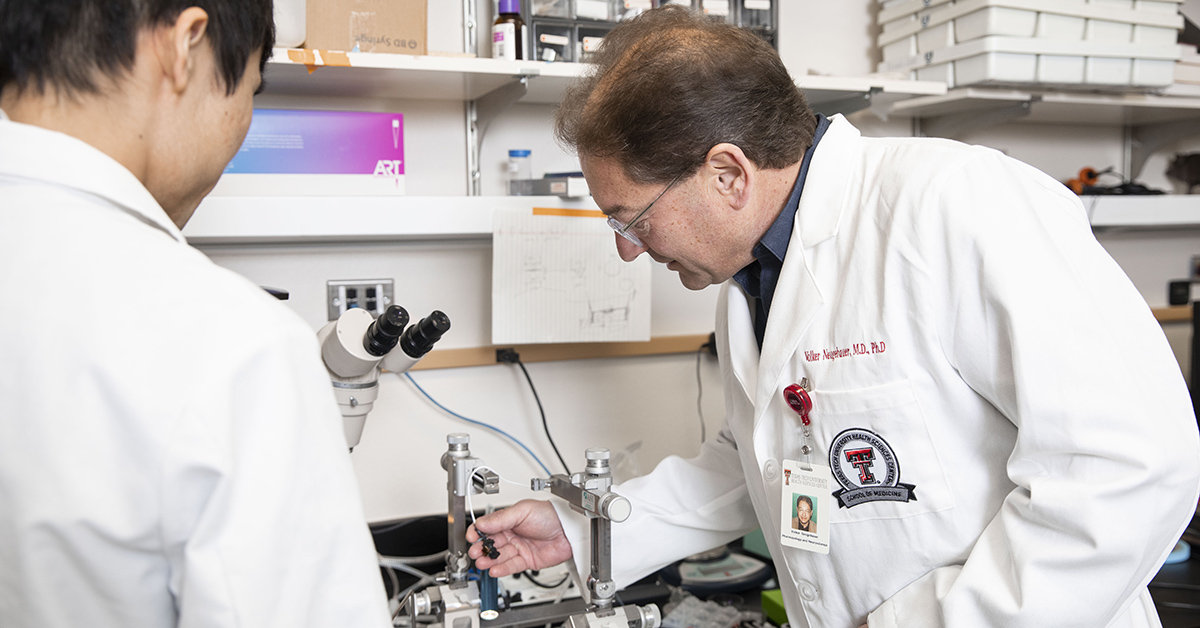 To attempt the activation of an inhibitory response, Neugebauer used a previously developed compound called LY379268. Though not commercially available, LY379268 has been explored by industry and demonstrates the ability to decrease anxiety while producing very few relatively minor side effects.

"We wanted to see if the compound had pain-relieving effects and determine the site of action," Neugebauer said. "In pain research, the spinal cord has traditionally been the target for interventions because it's more easily accessible for drug applications than the brain and it's the first line of processing information from the body before it gets to the brain."

In the past, Neugebauer said LY379268 and other similar compounds have been thought of as acting in the spinal cord, though the evidence is not completely clear and remains somewhat controversial. For this study, the Neugebauer team injected the drug systemically so it could circulate and act anywhere in the body or nervous system and then observed what, if any effects it produced. Then they blocked the II mGluR receptors in the amygdala to see if that would eliminate any analgesic, or pain-relieving effects. 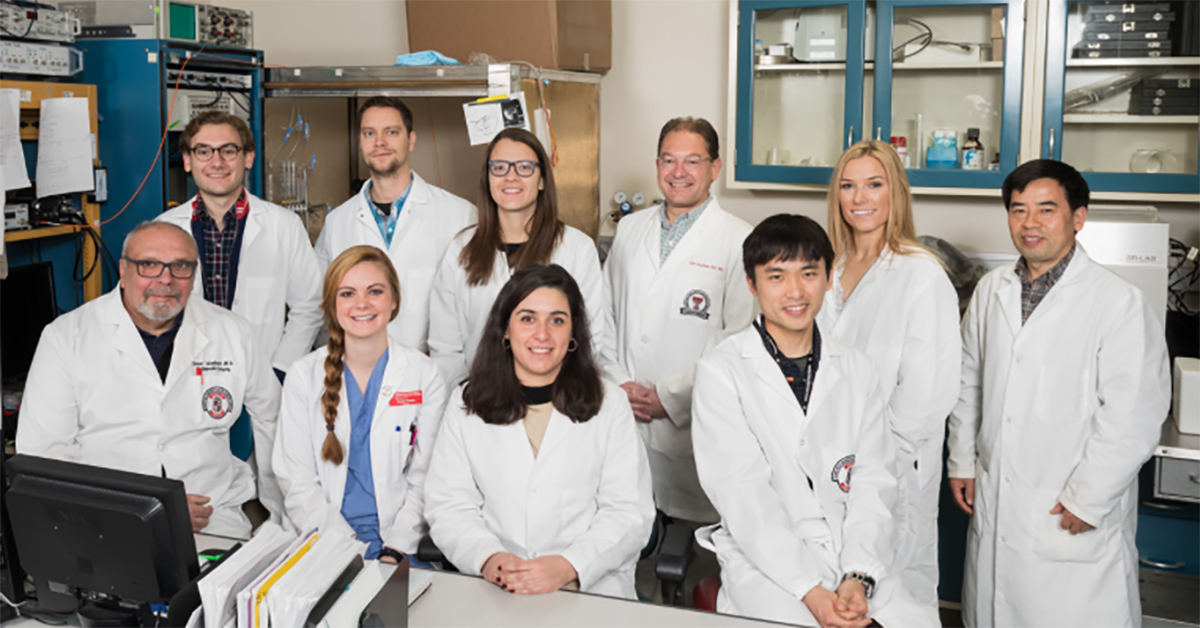 Though he and his team did not develop the LY379268 compound, Neugebauer said their study has provided rationale for exploring it further, which Mazzitelli will do as part of her dissertation.

"When it's given systemically it works, and now we know it works in the brain," he said. "It produces pain-relieving effects and also relieves anxiety, so it could prove to be a very good pain medication."

Neugebauer, also director of TTUHSC's Garrison Institute on Aging, said because current mechanistic pain research typically studies young rather than older adult animals, his team wants to investigate whether or not managing pain for conditions like arthritis is age-dependent. Some compounds like LY379268 may or may not work in the older population, but that can't be known until basic research is conducted on those subjects.

"Changes can happen quickly in the nervous system, maybe even in hours, so when we look at years and decades, there could be a lot of significant changes," he said. "Maybe some targets get lost because that part of the nervous system is just not involved any more. It's fascinating, but it's also amazing how little we know about normal aging disorders like pain and arthritis. In the context of aging, there is really a big knowledge gap, so that's a direction I think we're going to go."