The TTUHSC Jerry H. Hodge School of Pharmacy celebrated the Class of 2019 on May 18 with its annual awards breakfast and graduation ceremony at the Amarillo Civic Center. 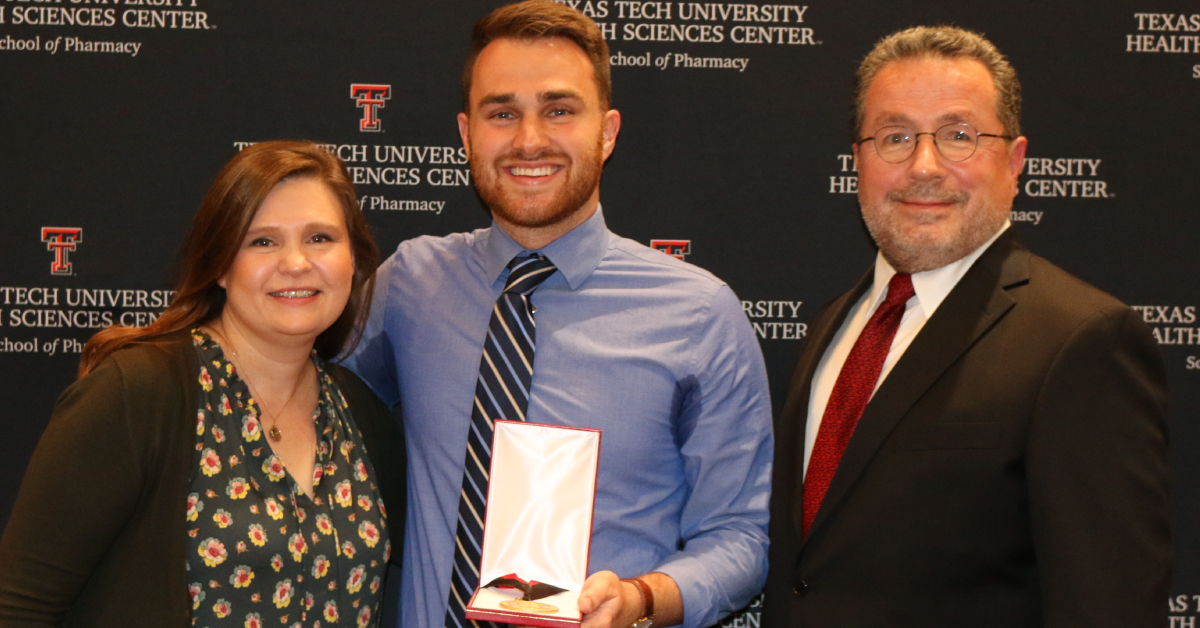 Brendon Clough earned the Class of 2019 Banner Bearer award as the graduate with the highest four-year grade point average. As the Banner Bearer recipient, Clough carried the School of Pharmacy banner and led the class during commencement exercises.

Michael Dean received the Bowl of Hygieia, the internationally recognized symbol for the pharmacy profession that signifies pure and potent medicines. The School of Pharmacy’s award is presented annually to the graduating class member who is deemed to best exemplify the qualities most desirable in a pharmacist: leadership, high ethical standards, dedication and promotion of the pharmacy profession. 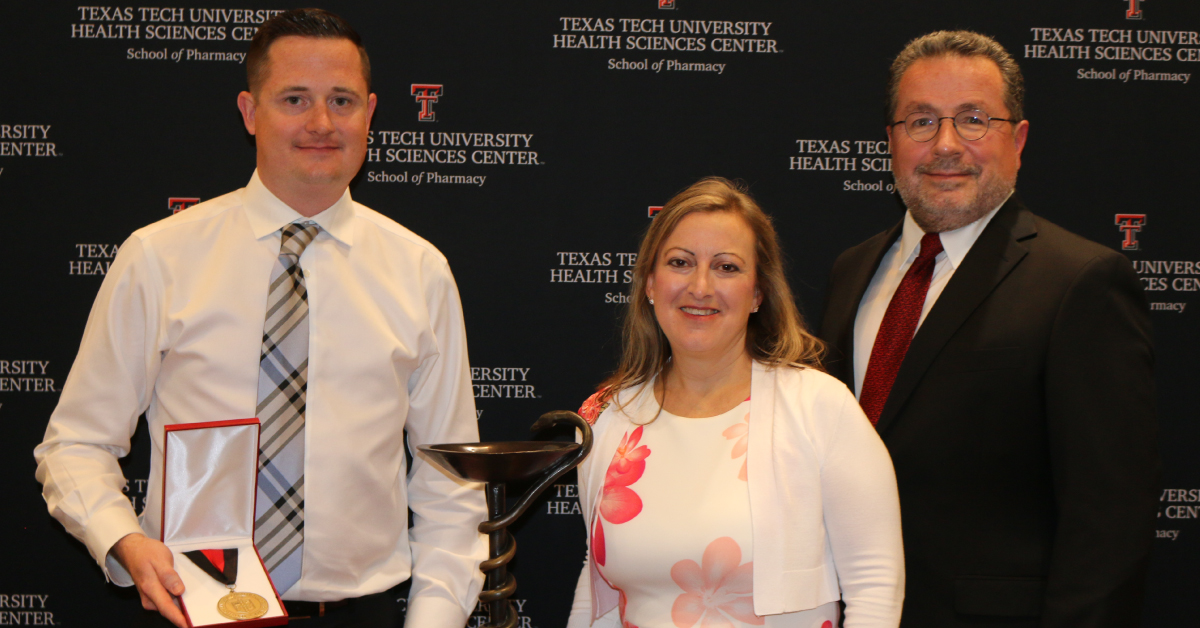 The Class of 2019 selected Nikita Mirajkar, Ph.D., as its Harold Miller – Most Influential Professor in recognition of her superior leadership, dedicated service and teaching excellence. Mirajkar is an associate professor for the Department of Pharmaceutical Sciences.

In addition, the class selected the Hannah Thompson family as the first recipients of the Hannah L. Thompson Perseverance Award. The award will be presented annually to a student who has suffered hardships throughout the pharmacy program but persevered and persisted through the program. Thompson, a member of the Amarillo Class of 2019, lost her life in November in a car accident.

The school also presented an honorary degree to local businessman and philanthropist Jerry Hodge, for whom the school was named in April. Hodge’s leadership and involvement at the state level was instrumental in helping the university establish the School of Pharmacy in 1993, the first publicly supported pharmacy program in the United States in nearly five decades. Hodge also founded Maxor National Pharmacy Services Corporation, a company that currently employs about 450 people in Amarillo and more than 660 people nationwide.