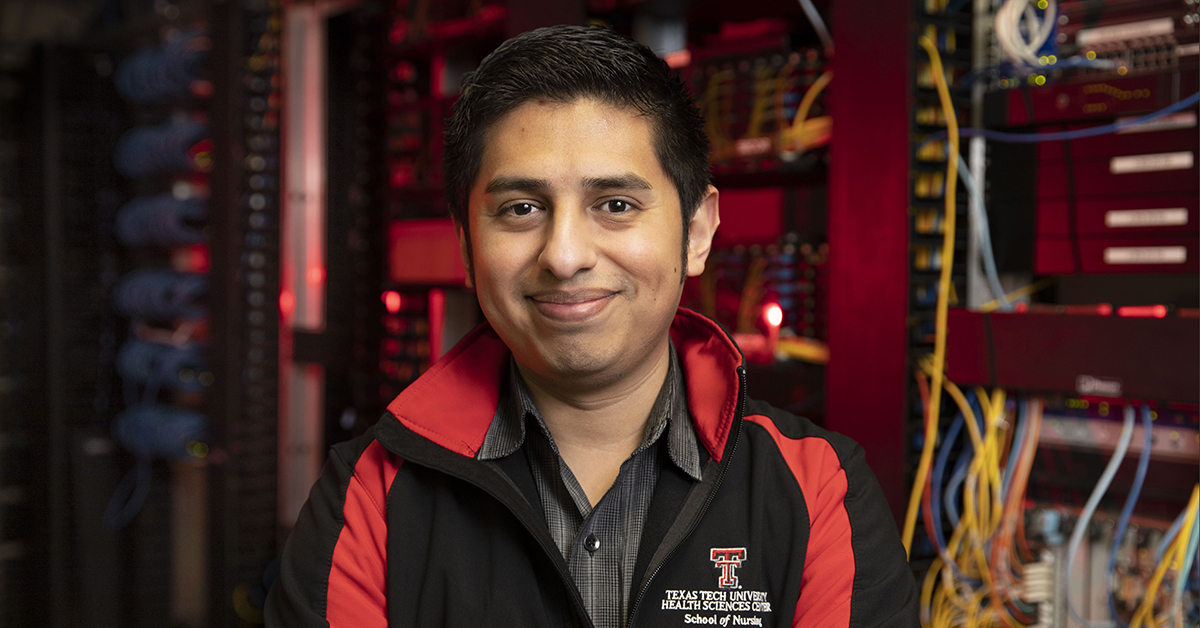 For the past seven years, Emmanuel Sanchez, IT section manager, has helped students, staff and faculty with their computer, email and other IT-related issues.

“Not everyone understands computers, but that’s why I have a job. It’s my responsibility to help anybody that needs help. So if a student has a problem with their laptop—some have spilled coffee on their computer—I will give them the help they need. They’re not just a number to us; they’re our students and we will help them as much as we can,” Sanchez said.

He begins his day by checking emails to make sure everything is running smoothly, such as having enough technicians during exams should a problem arise.

“We’re here for the students in addition to faculty and staff,” he said.

Sanchez started working at TTUHSC in 2011 as a student assistant in the TTUHSC School of Nursing Office of Student Affairs.

“A friend of mine from Amarillo was a student assistant here and he told me there was a position open in the School of Nursing and that I should apply when I moved here because I was going to enroll at Texas Tech University,” he said. “For a while, it was just a regular job for me, but things started changing and evolving, and I started seeing it as the place where I could have a career.”

That thought might have been the furthest thing from his mind years ago. About a year after he was born, his parents decided to leave Amarillo and move to Mexico to take care of Sanchez’s grandfather.

“We lived about three hours south of Mexico City—a very poor area. My dad was a farmer. I spoke no English. That was until I was in fourth grade. That’s when my parents moved us back to the U.S.,” Sanchez said.

When he returned to the U.S., he was placed in English as a Second Language (ESL) classes.

“Most of the time, I didn’t want to go to school because I didn’t know anything,” he said. “I was used to knowing pretty much everything and liking school. But to go from that to somewhere where you have no idea what’s going on, it was very tough. English is not an easy language. But my mom said I had to go to school and it became easier.”

Two years after moving to the U.S., he found himself in a school which did not offer ESL classes. It was the third school he had attended in three years.

“I had a teacher who really cared, but when I moved to a different school, it was really tough. I had to make friends all over again, but that’s the school where I met my wife,” Sanchez said.

Sanchez will complete his bachelor’s degree in university studies with a concentration in mathematics, wind, energy and engineering May 2019 but he plans to stay on at the School of Nursing.

“Honestly, the reason why I’m in the School of Nursing is because I love where I work. I love what I do. It’s a career that has defined me, my prospects and in my outlook on life because it’s a very caring and friendly atmosphere. Every time I wake up, I know there’s something else, something different to fix or enhance,” he said.

Sanchez added that he’s mindful that the people he interacts with are educating and training future health care providers.

“I try to live my life by the golden rule: treat others as you want to be treated,” Sanchez said.