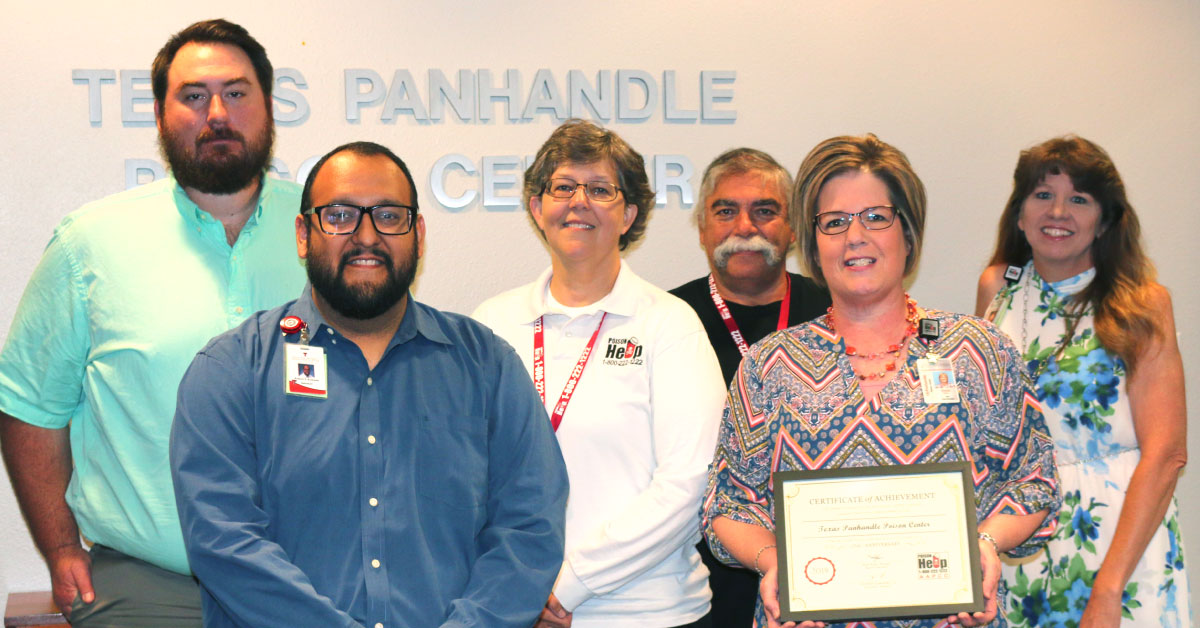 “For poisonings of any kind, poison centers serve as a free resource to both the public and health care providers,” TPPC Medical Director Thomas Martin, M.D, said. “Also, physicians who are managing poison cases may consult with board-certified medical toxicologists by using poison center services.”

TPPC Managing Director Jeanie Jaramillo-Stametz, Pharm.D., who also serves as an assistant professor for TTUHSC’s Department of Pharmacy Practice, said Texas poison centers save the public, insurers and other payers millions of dollars each year by providing assistance over the phone and preventing unnecessary emergency room visits.

“There are types of poison exposures in which a patient needs to go to the emergency room, but with a majority of poisonings, our trained medical staff can manage patients at home without the expense of going to an emergency room,” Jaramillo-Stametz said.

TPPC was created in 1993 by State Bill 773, which established and financed the Texas Poison Center Network. To ensure every resident in Texas had access to poison information, centers were opened in Galveston, Dallas, San Antonio, El Paso, Temple and Amarillo. TPPC’s service area includes the Texas Panhandle, the South Plains region and a portion of Central Texas. It encompasses 71 counties, a geographical area equivalent to roughly 25 percent of the state and a population of more than 1.3 million. The area is mostly rural, but also includes four urban areas: Amarillo, Lubbock, Abilene and Wichita Falls.

From 1994 until 2003 the Amarillo Hospital District sub-contracted with Northwest Texas Hospital (NWTH) to be TPPC’s host institution. Construction of TPPC’s original NWTH location was funded by a grant from Children’s Miracle Network. The location was renovated in 1996 through funding provided by DSHS.

TTUHSC began managing TPPC Sept. 1, 2003 through its Jerry H. Hodge School of Pharmacy. Shu Shum, M.D., a board certified toxicologist and a professor at the TTUHSC School of Medicine, served as TPPC’s medical director when it opened and held the position for 21 years. Martin, a licensed toxicologist, has served as TPPC’s medical director since Shum’s retirement in 2015. 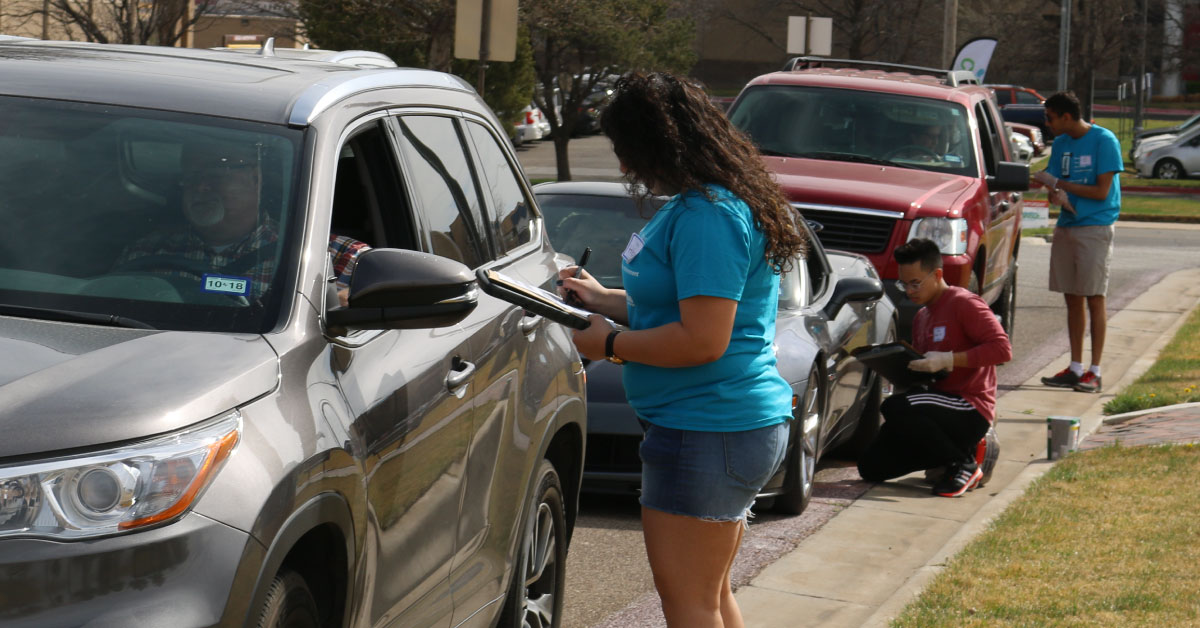 In 2009, TPPC and the Jerry H. Hodge School of Pharmacy began organizing Medication Cleanout, a program that allows people to bring in unwanted, unneeded and expired medications for proper disposal. In the program’s first few years, collections were organized in Amarillo, Lubbock and a few smaller West Texas communities like Borger, Canyon, Pampa, Shamrock and Sweetwater. Since 2012, TPPC has conducted spring and fall Medication Cleanout® events in Amarillo, Abilene and Lubbock. To date, TPPC has collected approximately 48,200 pounds of medications and 3,410 pounds of sharps for proper disposal.

Jaramillo-Stametz said she initially thought the Medication Cleanout® collections would be temporary, but she’s learned that TPPC is providing an important community service that is needed on an on-going basis.

“It’s encouraging that residents are working to ensure that their homes and neighborhoods are safer by removing unused medications,” Jaramillo-Stametz said. “The events also give students of various health professions the opportunity to serve their communities as volunteers and also to see firsthand the enormity of the issue with the accumulation of both prescription and over-the-counter medications in the home. As we work to gain control of the opioid epidemic in our country, we also are learning the downstream effects of tighter regulations on substances such as hydrocodone.” 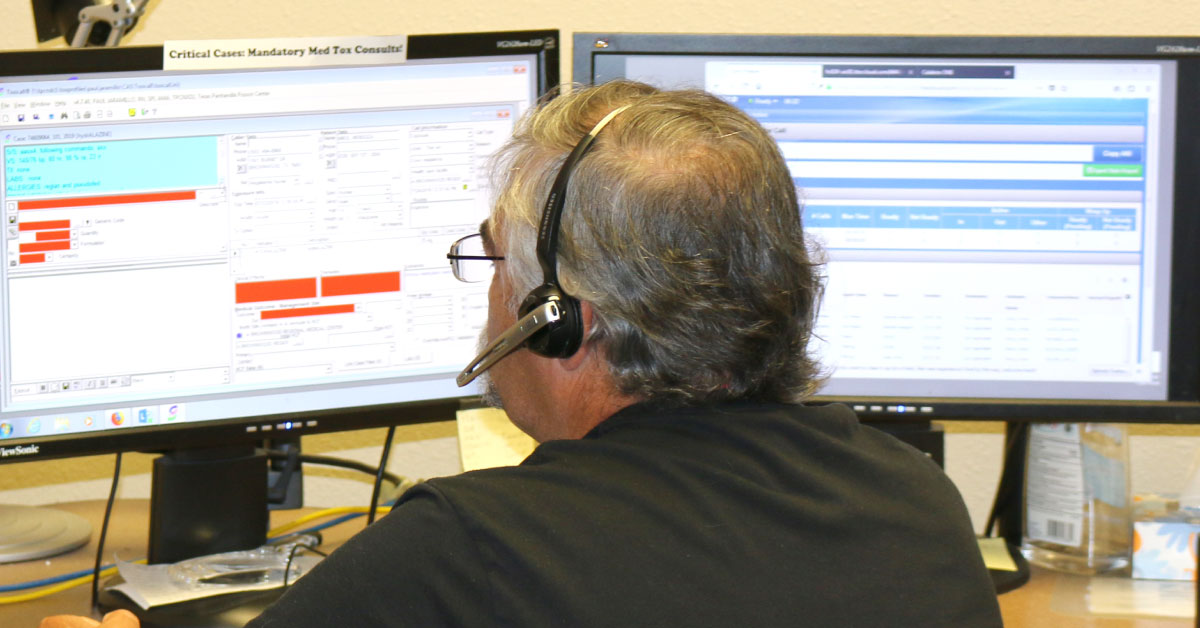 TPPC undergoes annual compliance reviews and is required to go through the AAPCC reaccreditation process every seven years to ensure it provides quality services and to secure federal funding. Reaccreditation requires TPPC and all other poison centers to undergo an extensive peer-review process that includes a review of policies, procedures and call management efforts to educate the public and health care providers, all in the context of nationally recognized standards for poison control centers.

TPPC’s current accreditation runs through December 2023. Jaramillo said each reaccreditation is important to TPPC’s service area because poison centers don’t just provide information regarding traditional poisoning scenarios, they also answer questions and concerns about medications, overdoses and the use of household products like cleaners, pesticides and herbicides.

“People don’t have to suffer a poisoning to utilize the services of our poison centers,” Jaramillo stressed. “They can and should call for answers to any poison-related questions.”