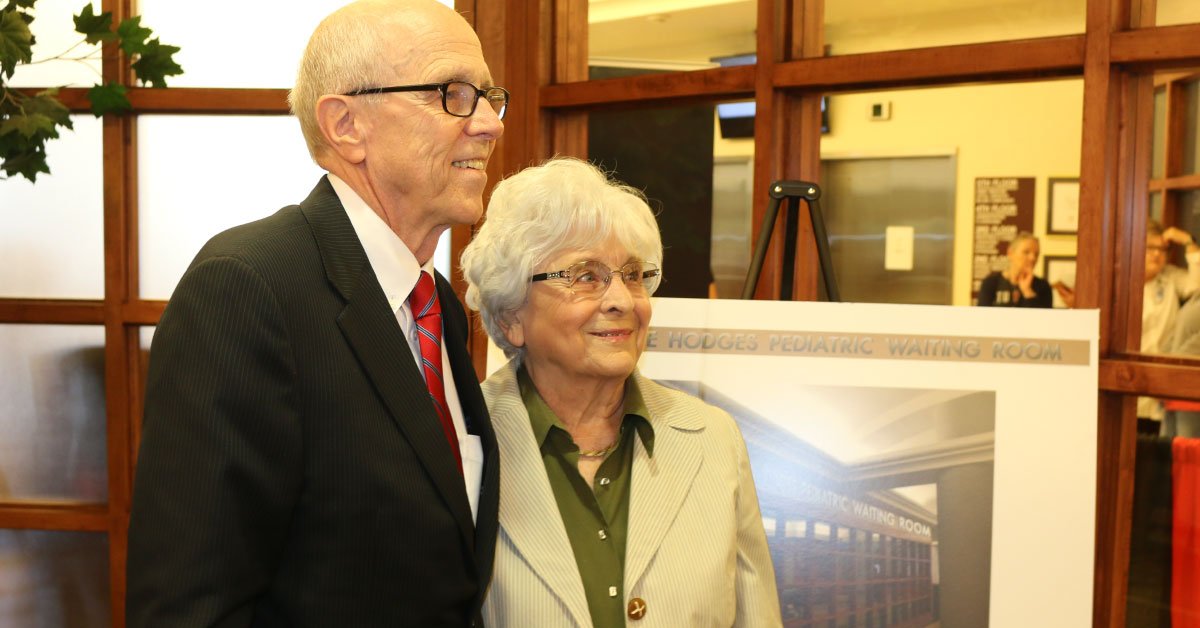 Hance presented the gift to honor his sister, Beth Hance Hodges, who had a distinguished career in the banking industry. The gift will be used to update and renovate the school’s first-floor pediatrics waiting room and clinic areas and to provide support for student scholarships. In addition, the pediatrics waiting room will be named the Beth Hance Hodges Pediatric Waiting Room.

Hance, a lifelong Red Raider and public servant, was named the TTU System’s third chancellor in December 2006 after a distinguished career in politics. At that time, the TTU System was comprised of two universities—TTU and TTUHSC.

When he retired in July 2014 as the university system’s longest serving chancellor, Hance’s leadership had helped the system double in size to four universities with the addition of Angelo State University in 2007 and creation of the TTUHSC at El Paso in 2013. With Hance at the helm, the TTU System also set records in enrollment, research and degrees awarded.