Amarillo Pharmacy Students Reach Out to the Community 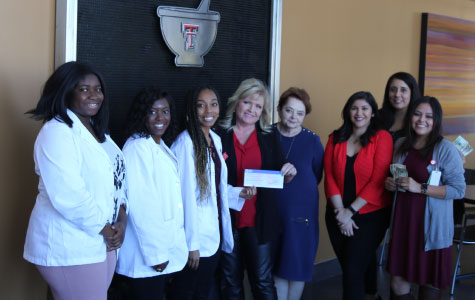 From waging beneficial battles over spare change to encouraging area youngsters to read, it’s been a busy fall for School of Pharmacy student organizations at the TTUHSC-Amarillo campus.

In conjunction with the American Heart Association’s (AHA) October Heart Walk in Amarillo, the Student National Pharmaceutical Association (SNPhA) staged Penny Wars to raise money for the AHA. Each of the school’s student organizations competed in the contest and was given a jar into which its members could contribute pennies. The organization is then awarded one point for each penny collected. However, members also may contribute to a competitor’s jar and sabotage the rival organization with nickels (negative 5 points), dimes (negative 10 points), quarters (negative 25 points) or currency (minus many points).

Through Penny Wars, SNPhA was able to donate $1,212 to the AHA, breaking their previous record. Delta Pi, Kappa Psi’s Amarillo chapter, won the event for the second year in a row by raising $330.66. The total also included all $70 in proceeds from a flu shot clinic conducted by the school’s American Pharmacists Association (APhA) chapter.

School of Pharmacy student organizations participated in other local fall activities and events, including: 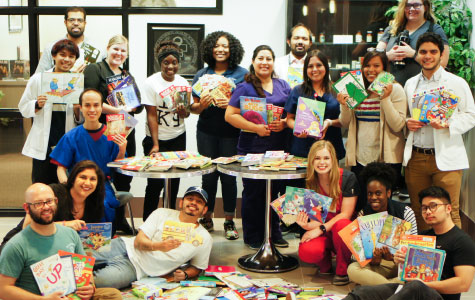 Kappa Psi-Delta Pi helped Amarillo keep its highways clean through the Adopt-A-Highway program. The group assist in the clean ups along the Veteran’s Highway four times a year, twice during the fall and twice during the spring.

In addition, the Delta Pi chapter earned statewide recognition for its effort in Reach Out and Read, the Kappa Psi organization’s national philanthropic initiative. The Amarillo chapter collected 257 books, making it the top regional donator. The chapter was recognized in October at the Kappa Psi’s Fall Southwest Province in Houston. 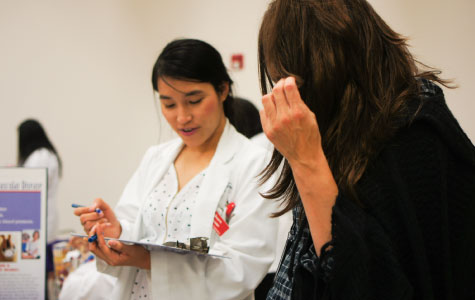 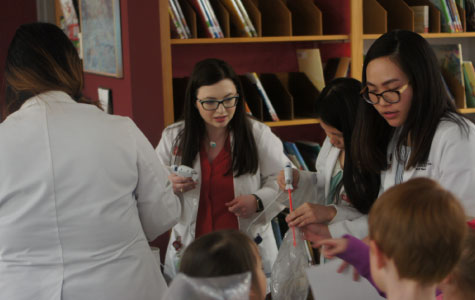 The Pediatric Pharmacy Advocacy Group (PPAG) at TTUHSC began an asthma initiative in 2015 to educate parents about child inhalers, asthma triggers and the dangers of secondhand smoke. This fall, PPAG members manned an asthma education booth at several health fairs, including those at River Road High School and at Forrest Hill and Humphreys Highland elementary schools. At those events, PPAG taught more than 300 people the proper inhaler technique, how to monitor asthma using a peak flow device and how to avoid asthma triggers.

PPAG also participated in No Sew Blankets with Blankets and Beans at the Tascosa Road and helped with Oct. 31 and Nov. 13 projects at the Maverick Boys and Girls club of Amarillo. PPAG also will volunteer Nov. 29 at the Eveline Rivers Christmas Project on Nov. 29. The project seeks to provide the area’s homeless and underprivileged children with winter coats, hats and gloves to help them experience the joys of Christmas.