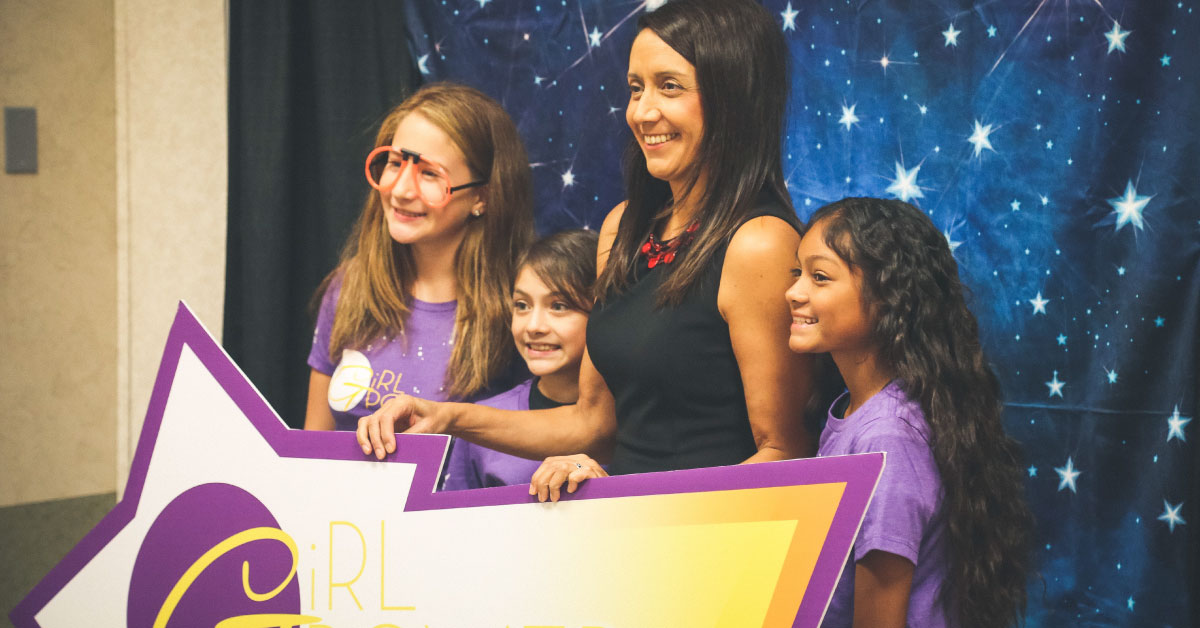 Angela Knapp Eggers, senior director for the Laura W. Bush Institute for Women’s Health in Amarillo, said the mothers attended a special segment titled, “Lift Off: a Frightening Ride,” by Trent Taylor, the vice president of a software development company. In his presentation, Taylor guided the moms through the perils, dynamics and safe places on the internet via social media and on smart phones.

“There were ‘mad scientist’ demonstrations that used dry ice and discussed building rockets that were fun and engaging,” Knapp Eggers said. “Zumba was also a hit as the girls ‘jet propelled’ through the exercise portion, and they all ended in a ‘safe landing’ that had face painting, coloring, science experiments, swag and t-shirts.”

Knapp Eggers said the institute’s next Amarillo event is a Lunch ‘n Learn program titled, “Becoming: Loving the Process to Wholeness.” The presentation is the final installment of the three-part series titled, "Loving Yourself, Mind, Body & Soul."  The installment is scheduled for noon on Nov. 14 at Amarillo National Bank’s Skyline Room and will be presented by Clint Gresham, a former Super Bowl champion with the Seattle Seahawks.

“After losing his contract for professional football and thinking his life was over, Mr. Gresham found a way to navigate the brokenness of his highs and lows,” Knapp Eggers said. “His goal is to help each attendee become more of a person of impact.”

Proceeds from the November Lunch ‘n Learn will go to Amarillo’s Heal the City clinic where many TTUHSC faculty donate their time to provide free medical care.