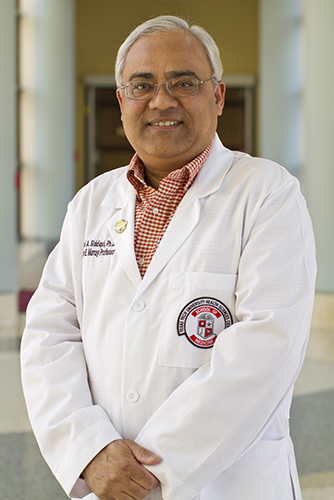 A Texas Tech University Health Sciences Center (TTUHSC) researcher has received a grant for schistosomiasis vaccine research from the Bill & Melinda Gates Foundation. Afzal A. Siddiqui, Ph.D., a Grover E. Murray Distinguished Professor at the TTUHSC School of Medicine, received an additional $2,394,006 grant for the pre-clinical development of a vaccine for the human parasitic disease, schistosomiasis.

In 2016, the American Association for the Advancement of Science’s prestigious journal, Science, ranked schistosomiasis vaccine as one of the top ten vaccines that need to be urgently developed. The disease, which currently affects more than 200 million people, is not found in the U.S., but is endemic in 78 developing countries. An additional 800 million people are at risk of contracting schistosomiasis.

“An effective schistosomiasis vaccine could potentially impact up to one billion people in 78 countries where the disease is widespread,” said TTUHSC President Tedd L. Mitchell, M.D. “Dr. Siddiqui’s approach is to develop a vaccine that resolves the pathology. This vaccine is intended to prevent infections as well as treat existing infection.”

According to the National Institutes of Health, a person gets a schistosoma infection through contact with contaminated water. The parasite swims freely in open bodies of water. Once contact is made with humans, the parasite burrows into the skin, matures into another stage, and then migrates to the lungs and liver, where it matures into the adult form. Siddiqui said detection of calcified schistosome eggs in Egyptian mummies from the 20th dynasty (1250-1000 BC) tells us that schistosomiasis is an ancient disease. He has studied schistosomiasis for more than 25 years working to develop this vaccine.

“Major pathology of schistosomiasis is due to immunological reactions to schistosome eggs trapped in tissues,” Siddiqui said. “Continuing infection causes enlargement of the liver and blood in urine. We see pictures of children from Africa with bulging bellies because of this disease."

Despite mass treatment with drugs, infection rates continue to rise. Durable and sustained reduction in the disease spectrum and transmission can only be obtained by long-term protection through vaccination.

Steven L. Berk, M.D., executive vice president, provost and dean of the School of Medicine, said Siddiqui is an individual of extraordinary value in parasite immunology and vaccine development. 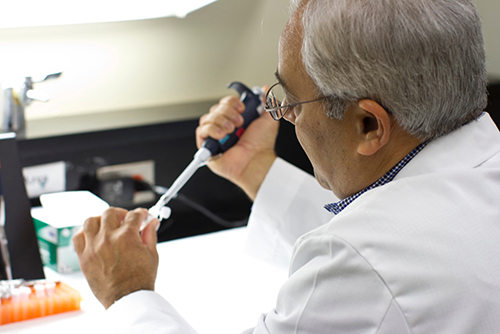 Siddiqui in the lab.

“Focusing on prevention means not spending on treatment,” Berk said. “Treatment is expensive and endemic areas do not have the luxury of having it on hand. With a vaccine, endemic areas will experience less debilitating consequences of schistosomiasis and improved lives for families. It also will help reduce transmission when people from these rural communities migrate to urban areas.”

Siddiqui is co-principal investigator along with Darrick Carter, Ph.D., on a NIH/SBIR-R44 grant ($3,828,539) with PAI Life Sciences of Seattle, Washington for the production of his patented vaccine. TTUHSC will receive $982,452 in subcontract during the life of the grant.

Siddiqui, who also serves as the director of the TTUHSC Center of Tropical Medicine & Infectious Diseases and vice president for Institutional Collaborations, holds several prestigious awards and appointments to local and national positions of honor, including a Fulbright Research and Teaching Scholarship for Southeast Asia.