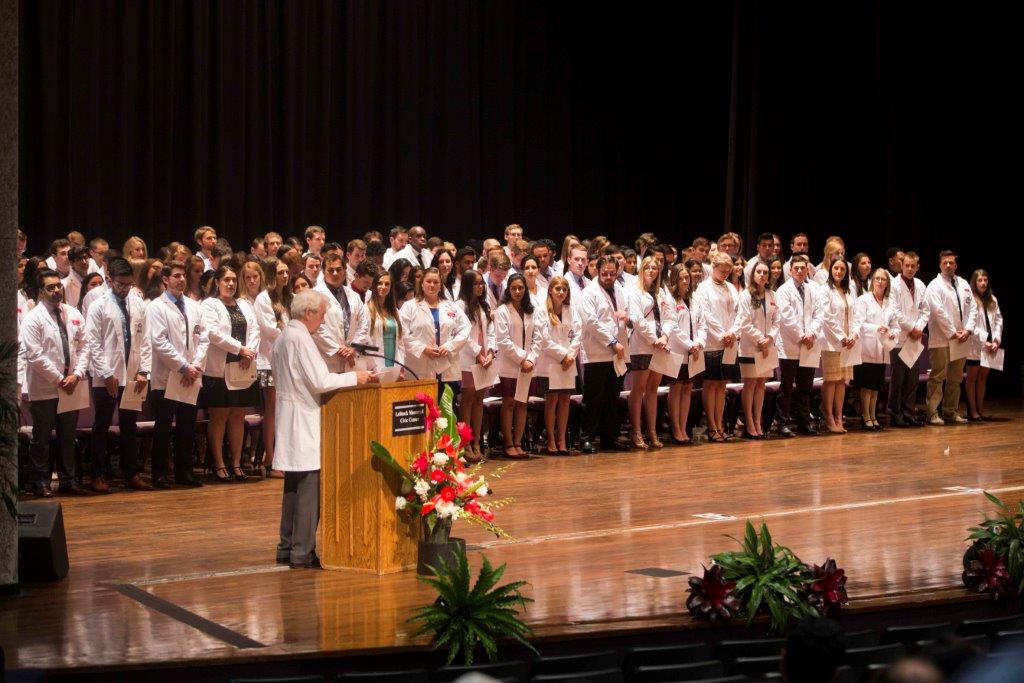 Raised in Rio Grande City, 22 year-old fraternal twins Jacqueline and Juliana Falcon remember their mother sewing their outfits as young girls to dress them alike. Their twin bond has guided their decisions throughout their lives.

Those similarities led them to continue their higher education at the Texas Tech University Health Sciences Center School of Medicine. The Falcon sisters both graduated from University of Texas at Austin with a Bachelor of Science and Arts in Human Development and Family Sciences in 2017. Both had strengths in science and have aspirations of becoming pediatricians.

When it came time to decide which medical school, there was no surprise that both chose the TTUHSC School of Medicine for the same reasons.

“We see first hand the lack of access to health care in Rio Grande City and small towns around the area,” Jacqueline said. “When we came here to Lubbock, we saw an emphasis on rural health care and the medically underserved. The School of Medicine had a lot of pros on my list that will help me as a physician later.” 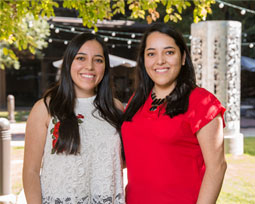 “We felt at home here, and the School of Medicine’s curriculum along with all the school offered included all of my interests,” Juliana said. “We hope to go back to the Rio Grande valley area and work to give back to our community.”

Jacqueline and Juliana were among the 180 medical students of the Class of 2021 to receive their first white coat at the White Coat Ceremony August 4. Steven L. Berk, M.D., TTUHSC executive vice president, provost and dean of the School of Medicine, said this class is diverse.

In 1974, when the first School of Medicine class began, there were 30 men and three women. This class includes 92 women and 88 men. The Falcon sisters love that number of women in the medical profession has changed.

“In the past, especially within our Hispanic culture, it was common for girls to finish high school and get married. Now, as more women chose the higher education route, they are role models to young girls,” Juliana said.

“In our family so far, we are the only women pursuing a higher education and we hope to be the first physicians,” Jacqueline said. “We already see an impact on our little cousins who never before thought of an higher education. They see the benefits of college and a career.”

Berk said along with diversity, this class is accomplished.

“The class average GPA is 3.75, the highest ever for our School of Medicine,” Berk said.

Other highlights include five students who joined the Family Medicine Accelerated Track program – the most innovative program in the U.S. to train primary care physicians, 15 students will earn a joint medical and business degree with the dual M.D./MBA program and another student will work towards a dual degree of a medical and doctor of law degree with the M.D./J.D. program.

“The white coat means students have been invited into a prestigious profession – one where they will be a trusted participant in the most profound elements of human life – birth, renewal, cure, survival, rehabilitation, but also decline, insanity, pain, sorrow and death. Very few are permitted to take this journey that these students are beginning,” Berk said.”

Receiving their first white coat has different significances to each student and for the Falcon sisters; it is the excitement – times two.

“Receiving our white coats means we made it,” Juliana said. “Getting into medical school is a hard journey in itself. As twins, putting on this white coat is the start to what we want to do for the rest of our lives. Pursuing our life dream makes our family and us very proud.”