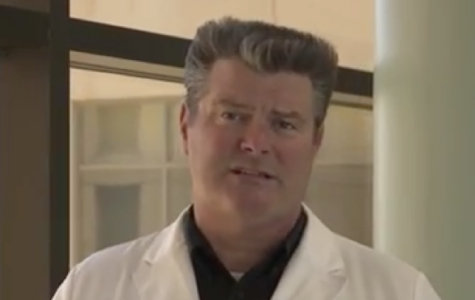 President Mitchell is known for his signature flattop hairdo.

A new hairstyle is the latest trend among faculty and students at Texas Tech University Health Sciences Center (TTUHSC). ‘The Tedd’ is named after TTUHSC President Tedd L. Mitchell, M.D., and is fashioned after his signature flattop hairdo.

“At first I saw one student with the hairdo and thought it must be that great minds think alike,” Mitchell said. “But then I started seeing it on more and more folks.”

‘The Tedd’ was first spotted on the main campus in Lubbock prior to spring break. By April though, students were sporting the do on regional campuses in Amarillo and beyond.

“He’s just such an inspiring figure at TTUHSC,” fourth-year medical student John Doe said. “I want to follow in President Mitchell’s footsteps – both in medicine and fashion.”

Mitchell first started wearing his own trademark flattop sometime in the mid 1980s while himself studying medicine at the University of Texas Medical Branch.

“I never made the conscious decision to wear my hair this way,” Mitchell added. “It just kind of happened. And if it’s not broke, don’t fix it.”

Local hairstylists say they haven’t received so many requests for a single style since ‘The Rachel’ or the Beatles mop-top cut.