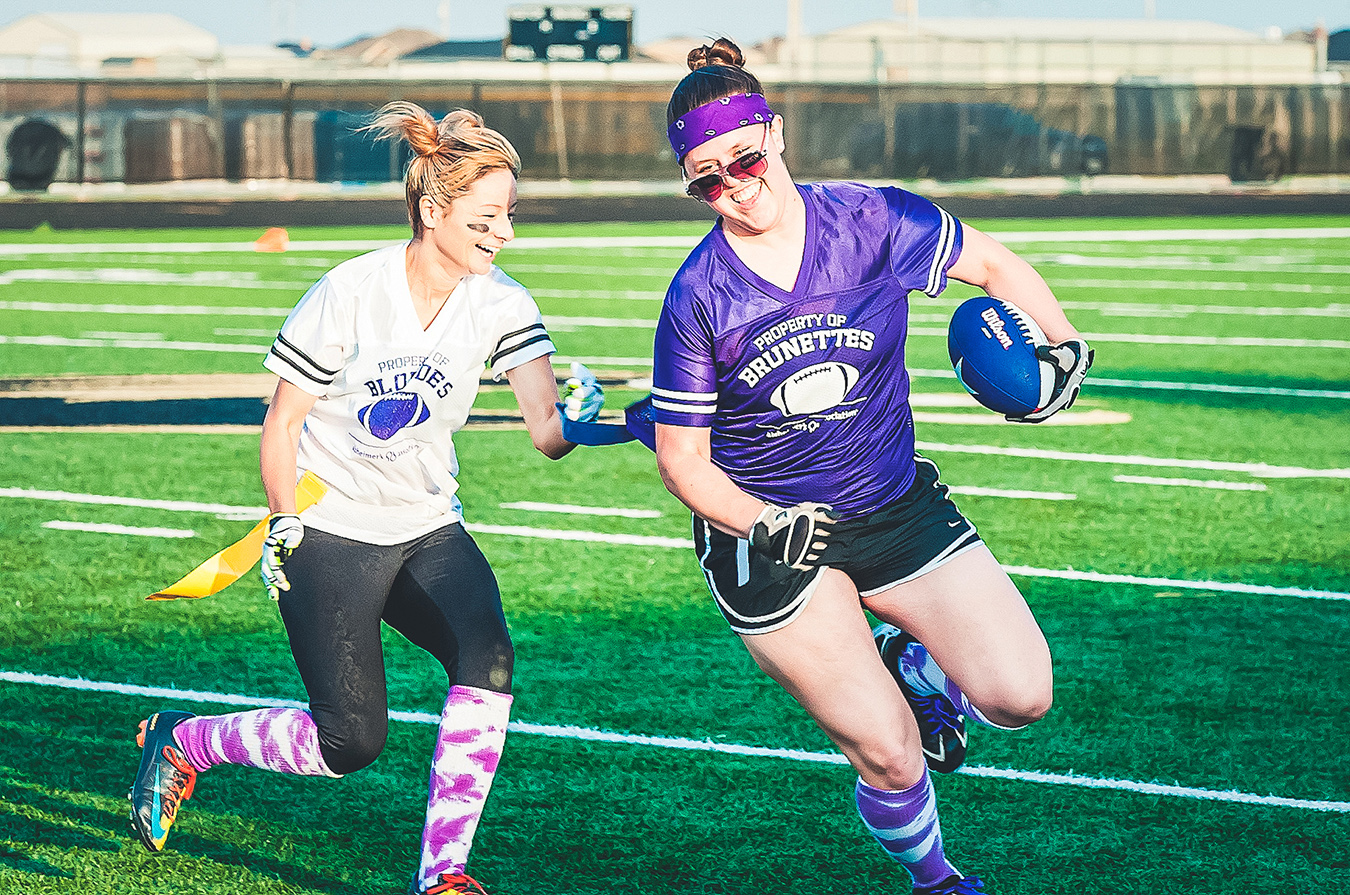 Jennifer Williams, a recent Amarillo graduate of TTUHSC’s Doctor of Physical Therapy (DPT) program, participated in the RivALZ Blondes vs. Brunettes charity flag football game June 11 at Bushland High School. RivALZ is a national campaign based around a series of friendly, fun and fierce women’s flag football games that occur annually across the nation as a way to raise awareness and funds for the Alzheimer’s Association.

In the local 2016 RivALZ contest, Williams and the Bru Crew battled the Blonde Squad. Combined, the teams raised more than $53,000 for Amarillo’s Alzheimer’s Association chapter.

Williams, who accepted a position with Progressive Step Rehabilitation Services in Amarillo after graduation, said she has participated in the RivALZ game for the last five years because the cause is “very near and dear” to her heart. She plays on behalf of her grandfather, Mike Bennett, and great uncle, Robert Williams, who were both affected by Alzheimer’s.

“I enjoy volunteer work and playing football, so this event is a perfect way to raise funds for a great cause,” Williams added.