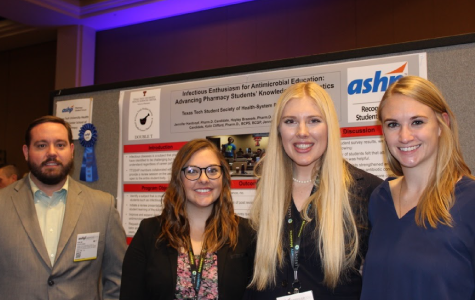 The award winning project, titled, “The Future Starts with Us: Promoting and Growing Advocacy at a Student Level,” was enacted by the 2015-2016 TTSSHP officer team. The project consisted of two law and advocacy sessions that sought to expose pharmacy students to legislative changes and current events that directly affect pharmacy practice.

The project’s first session was conducted during the fall semester and was presented by former School of Pharmacy faculty member Shane Greene, Pharm.D., who is currently serving as president for the Texas Society of Health-System Pharmacists (TSHP). Greene relayed to students the ways in which they can become actively involved in advocate positions at the local, state and national levels.

The second session was hosted in the spring semester and featured guest speaker Brad Shields, a TSHP lobbyist. Shields’ presentation provided an update to students regarding laws related to health care issues and highlighted new laws that are being considered and how they could impact the future of health care. 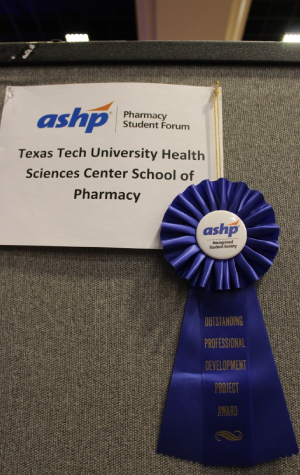 “The officer team of TTSSHP is very excited and honored to have received this award,” fourth-year (P4) Dallas/Fort Worth student and TTSSHP President Jennifer Hardcopf said. “We look forward to initiating and refining projects that will continue to benefit students of the TTUHSC School of Pharmacy.”