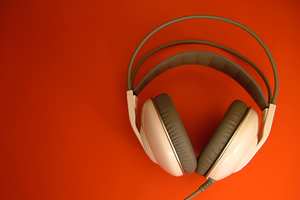 Only 9 percent of Texas audiologists are bilingual in a state where Hispanics make up 37 percent of the population.

Patients who have trouble hearing encounter unique obstacles when it comes to working with health care professionals. Add a language barrier, and communication becomes even trickier.

Audiologists in the Speech-Language and Hearing Clinic see patients of all ages for a variety of reasons including hearing loss, auditory-processing disorders, hearing aid fittings, cochlear implant programming, and dizziness. A significant number of these patients don’t speak English.

Reel said she minored in Spanish as an undergraduate, but didn’t continue to practice her Spanish skills in graduate school, so she has since forgotten much of what she learned. Once she began practicing, she said she became increasingly interested in helping English-speaking audiologists better relate to their Spanish-speaking patients.

Hispanics make up 37 percent of the Texas population. However, only 9 percent of Texas audiologists report being bilingual, according to the American Speech-Language-Hearing Association.

Reel said by translating common audiology test instructions to Spanish, she and her fellow researchers, Candace Hicks, Ph.D., CCC-A, and Doctor of Audiology graduate students, Amanda Rodriguez and Nathan Ortiz, hope that audiologists who only speak English will be better able to provide accurate diagnosis and treatment to Spanish speakers.

"Studies in the medical field have reported that patients can feel less satisfied with their health care if providers don’t speak their language,” Reel said. “They may also feel less valued, and may even be less likely to seek medical care.”

There are only two other published resources for audiologists that include test instructions in Spanish, Reel said. Both references are outdated and don’t contain separate instructions for children.

Thanks to a multicultural grant from the American Speech-Language-Hearing Association, Reel and her research team have developed thorough and modern Spanish translations of hearing and balance test descriptions and instructions for audiologists working with adults and children. They are also in the process of creating a training module on cultural considerations for audiologists working with Spanish-speaking patients.

To date, seven bilingual audiologists and a diverse group of more than 45 Spanish-speaking Texans from all dialects have reviewed the translations. The cultural training module will be reviewed by monolingual and bilingual Texas audiologists over the next month.

Reel said once the translations and training module are finalized, she and her team will produce videos to go along with the written translations so that people who have never spoken or read Spanish can hear how to pronounce each word and phrase.

In addition, the research will be submitted for publication in a clinical journal and written translations, videos and the training module outlining key Hispanic cultural differences will be distributed to audiologists throughout the state.

“Dr. Hicks and I are both monolingual, and we developed these translations because we wanted a resource that would help us better serve our Spanish-speaking patients,” Reel said. “We know this isn’t going to solve the problem, but it’s a step in the right direction.”