Avoiding Listeria: When in Doubt, Throw it Out 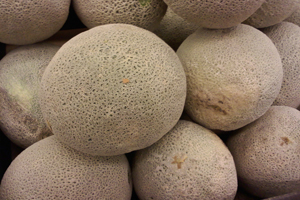 While the bacteria is located on the outside of the cantaloupe, the edible part of the fruit is easily contaminated.

Recently, an outbreak of listeria has captured the media spotlight. According to the Centers for Disease Control and Prevention, illnesses associated with the outbreak were first reported on July 31. Since then, 13 deaths have been linked to the outbreak, including two in Texas, while 72 others have reported illnesses due to the bacteria.

An investigation by local, state and federal public health officials have identified the source of the outbreak as whole cantaloupes, grown at Jensen Farms in Granada, Colo. The Federal Drug Administration said the company announced a voluntary recall on Sept. 14.

According to Todd Bell, M.D., serious listeria infections are uncommon, but are more likely in those considered high-risk. People in the high-risk category include newborns, pregnant women, older adults and those with weakened immune systems. Bell said outside of that group, people could be exposed to the bacteria and never show any signs or symptoms.

One problem with this outbreak is that even though the bacterium is located on the outside of the cantaloupe, it’s easy to contaminate the part we eat.

“When someone is cutting the cantaloupe then they may have a difficult time being able to clean the peel and may contaminate the part of the cantaloupe you eat,” Bell said.

Bell stressed that if you have recently eaten cantaloupe and start to exhibit any of the symptoms, it is important that you make an appointment to see your physician. Illnesses associated with the bacteria are generally treated with antibiotics.

The CDC said other cantaloupes not from Jensen Farms are safe to eat. However, if you are uncertain about where your cantaloupe is from, they urge you to follow the “when in doubt, throw it out,” rule.