Anatomy of a Kidnapping: A Doctor's Story 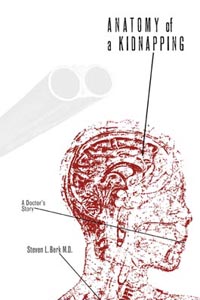 "Anatomy of a Kidnapping: A Doctor's Story," will be released by Texas Tech University Press on Sept. 15.

When School of Medicine Dean, Provost and Executive Vice President Steven L. Berk, M.D., was kidnapped at gunpoint from his Amarillo home in March 2005 by an escaped criminal and forced into an extended ride in the perpetrator’s SUV, one detail led to the kidnapper’s eventual capture and arrest outside of Kingman, Ariz.: Berk observed and memorized the vehicle's registration number.

Observation, concentration, composure under pressure, clear decision making and compassion are among the aspects of his medical training Berk credits with saving his life, preserving his family’s safety and bringing his kidnapper, Jack Lindsey Jordan, to justice.

"Being calm is what we do," Berk said in a 2005 interview with the Amarillo-Globe News.

Berk combines such reflections with a revealing account of the crime and trial in his new memoir, Anatomy of a Kidnapping: A Doctor’s Story, to be released by Texas Tech University Press on Sept. 15.

At the time of the kidnapping, Berk was regional dean of the School of Medicine at Amarillo.

Jordan abducted Berk on March 6, 2005, and forced him to drive around for about two hours, trying to get Berk to buy him drugs and withdraw money from several ATMs.

Arizona State Troopers arrested Jordan three days later after he and a suspected accomplice abducted a Canadian couple in New Mexico, according to the Amarillo Globe-News.

Jordan, 47, has a history of violence. In 2004, he was released from a Texas prison after serving more than nine years on a 25-year sentence for burglary of habitation. At the time of his arrest in connection with Berk's kidnapping, he was also wanted in connection with an armed robbery in Terry County and an aggravated assault in Lubbock.

He was sentenced to life in prison and remains behind bars at the Hughes Unit in Gatesville.