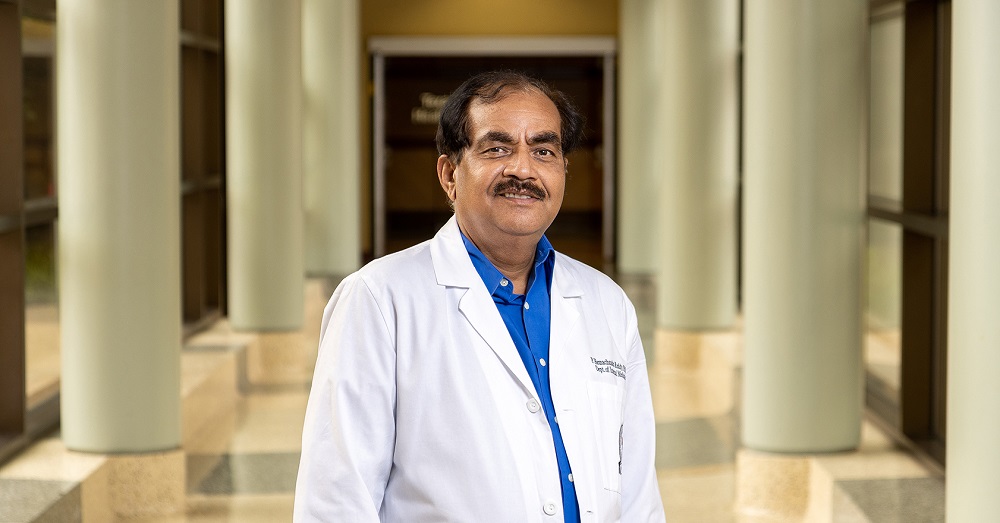 A United States patent was recently awarded to P. Hemachandra Reddy, Ph.D., and Subodh Kumar, Ph.D., from the Department of Internal Medicine at the Texas Tech University Health Sciences Center School of Medicine. The patent, “MicroRNA-455-3p as a Peripheral Biomarker for Alzheimer’s Disease,” focuses on the development of a novel blood-based biomarker for the early detection of Alzheimer’s disease.

As people age, the gradual loss of cognitive function often signals the onset of Alzheimer’s disease or similar types of dementia. These conditions cause the person to lose some of their intellectual functions such as the ability to contemplate ideas, retain memories and apply reasoning skills.

The prevalence of these age-related and chronic conditions increases each year, and recent studies have shown they disproportionately affect the elderly populations in rural West Texas. Research also suggests that minority communities in rural West Texas often face the greatest incidence of Alzheimer’s disease or other forms of dementia due to being underserved and poor access to appropriate health care services. 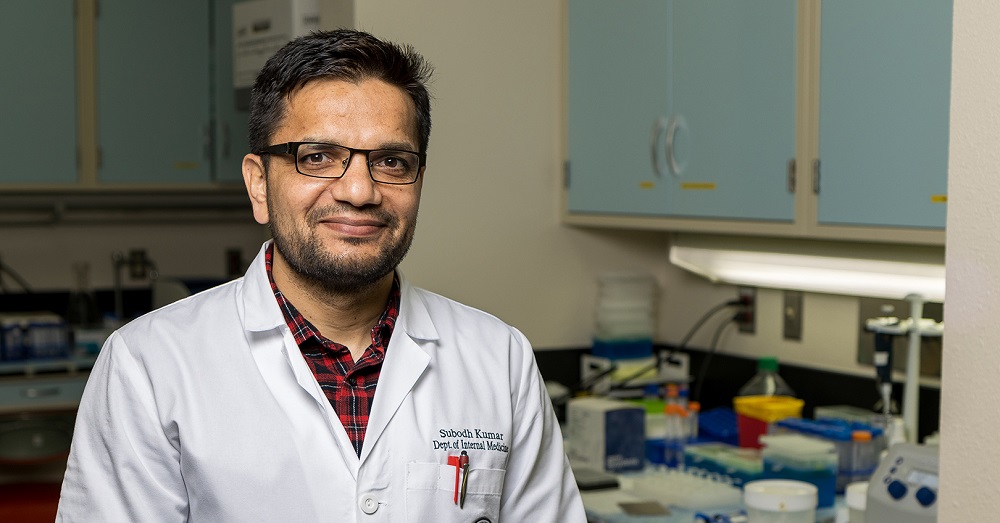 The patented biomarker technology is based on a small, single-stranded, non-coding RNA molecule, called microRNA (miRNA), that helps cells control the kinds and amounts of proteins they make. MicroRNA-455-3p, also known as miR-455-3p, is a member of a broadly maintained miRNA family present on human chromosome 9.

The Reddy laboratory discovered the miR-455-3p biomarker and its therapeutic relevance by conducting a global microarray analysis of serum samples from three groups: Alzheimer’s disease patients; individuals with mild cognitive decline; and healthy patients with no known signs of the disease. 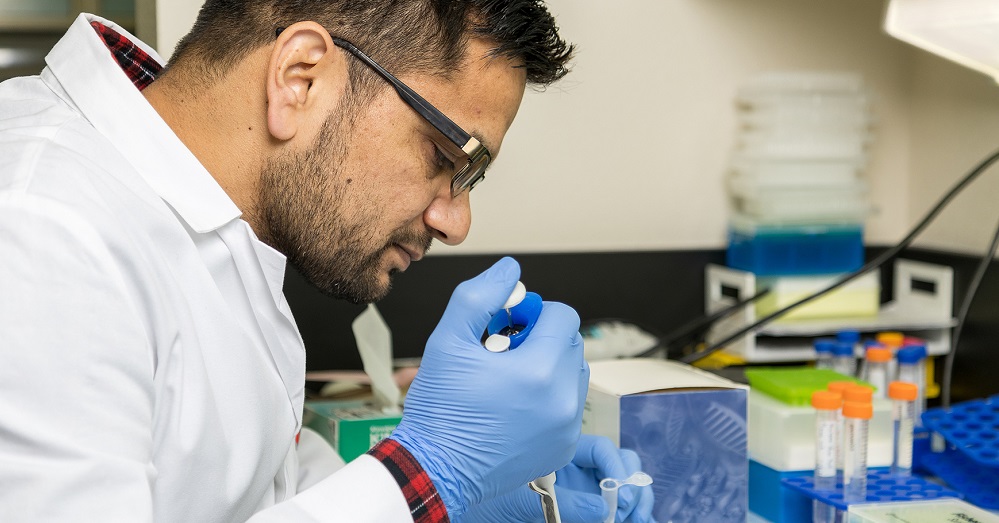 Reddy’s group believes miR-455-3p may serve as a key biomarker because it is part of the mechanism leading to Alzheimer’s disease, namely it modulates amyloid beta (amyloid-β) protein precursor and amyloid-β levels. Amyloid-β is comprised of peptides of 36–43 amino acids, which are considered the primary component of the amyloid plaques found in the brains of Alzheimer's disease patients. To confirm that amyloid-β protein precursor (AβPP) is a target of miR-455-3p, Reddy and colleagues used a luciferase reporter assay, which is a test used to determine whether or not a protein has the ability to activate or repress the expression of a targeted gene. Further, mouse neuroblastoma were used to establish a protective role of miR-455-3p against amyloid-β-induced toxicities. The findings obtained by Reddy and colleagues suggested that miR-455-3p enhances cell survival and extends lifespan, and further suggested that elevated levels of miR-455-3p reduce Aβ toxicity, enhance mitochondrial biogenesis and synaptic activity, and maintain healthy mitochondrial dynamics.

“Overall, the overexpressed miR-455-3p in mice displayed protective effects, whereas depleted miR-455-3p exhibited deleterious effects in mice relative to lifespan, cognitive behavior and mitochondrial and synaptic activities,” Reddy said. “Based on these evidences, we cautiously conclude that miR-455-3p is a promising peripheral biomarker and therapeutic candidate for Alzheimer’s disease.”