TTUHSC's Becky Mahan, PharmD, spoke about her personal and professional experience with the disease 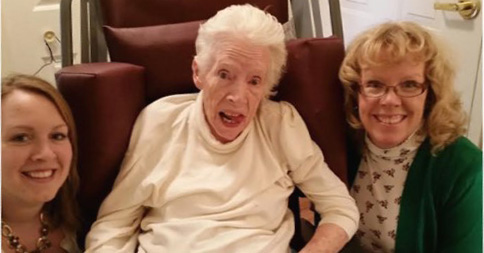 Dr. Mahan with her grandmother, Nana

Becky Mahan, PharmD, BCGP, BCACP, FASCP, Assistant Professor of Pharmacy Practice for the Geriatrics Division on the Abilene campus, realized her passion for geriatrics while helping care for her grandmother as a pharmacy student. “My Nana was diagnosed with Alzheimer’s disease while I was in pharmacy school and I was one of her caregivers,” shared Mahan.

The National Institute on Aging defines Alzheimer's, the most common type of dementia, as a brain disorder that slowly destroys memory, thinking skills and, eventually, the ability to carry out simple tasks.

Mahan now routinely works with patients living with Alzheimer’s, as well as their caregivers, to help manage their disease. “As a pharmacist, I usually focus on discussing the limited medications we have for dementia, medications that may worsen dementia, adherence techniques and potential deprescribing of other medications as our goals change,” said Mahan. 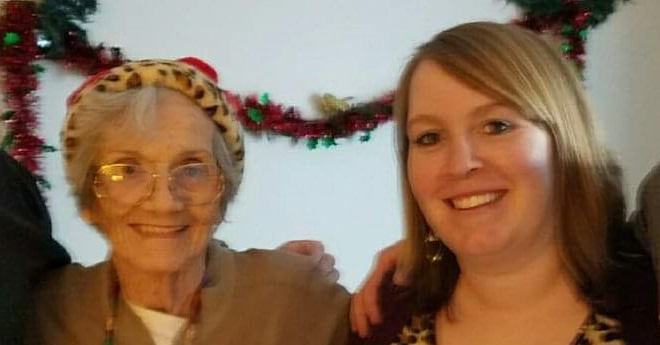 Dr. Mahan and her grandmother, Grammy

Mahan is helping to prepare future generations of pharmacists who will contribute to the care of this growing population by teaching beyond the clinical aspects of the care they require. “I stress the importance of simple and straightforward medication regimens and involving caregivers whenever possible, but I also remind my students how important it is to be in the moment when interacting with Alzheimer’s patients,” shared Mahan. “My Nana used to say I may not remember much but I can remember love and your patients feel that when you care for them.” 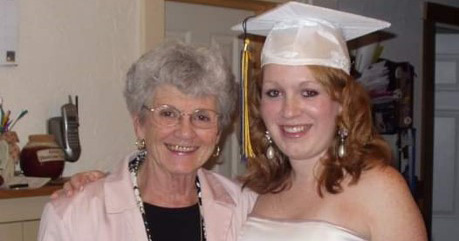 Dr. Mahan and Grammy at her graduation

Though Mahan’s passion for Alzheimer’s Awareness is deeply rooted in personal experiences, it is also driven by concern for the ever-growing prevalence of the disease. “Of the leading causes of death, Alzheimer’s is the only one growing in rate and the only one that we do not have a treatment to prevent or delay progression of the disease,” said Mahan. “That’s why awareness is so important.”

To learn more about Alzheimer’s or to join Mahan at the Walk to End Alzheimer’s that will take place on October 8 at Nelson Park in Abilene, visit act.alz.org/Abilene.