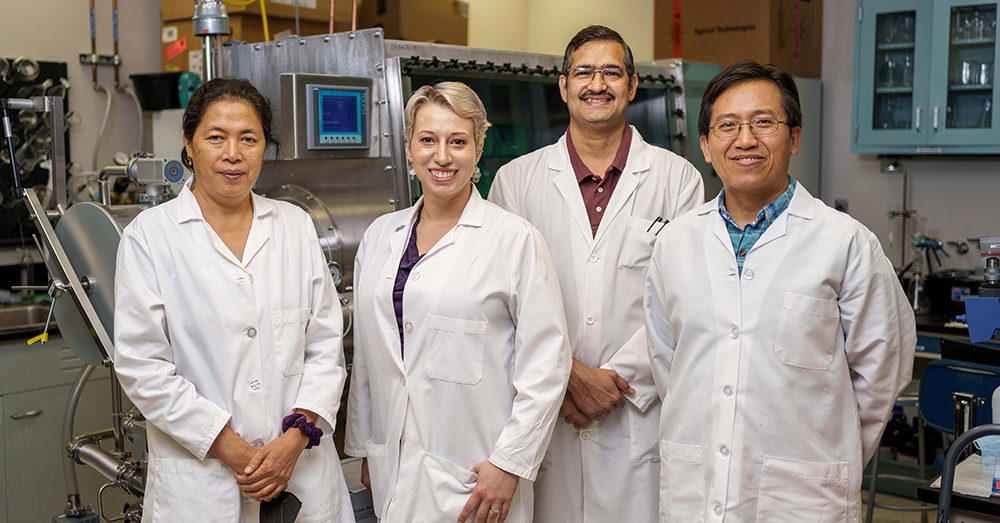 According to the Centers for Disease Control and Prevention, more than 2.8 million Americans contract antibiotic resistant bacterial infections each year, and approximately 35,000 of those patients do not survive their infection.

In his quest to find solutions to the antibiotic resistance issue, Hongjun (Henry) Liang, Ph.D., from the Texas Tech University Health Sciences Center (TTUHSC) Department of Cell Physiology and Molecular Biophysics, has focused his research on developing novel nanoparticles known as nanoantibiotics that target bacterial infections, especially those that are resistant to treatment with known antibiotics. 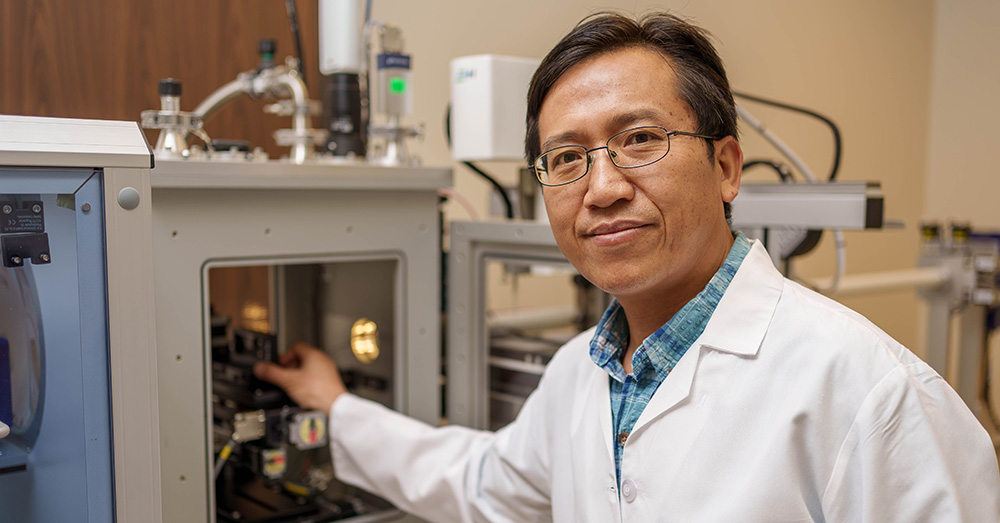 To date, Liang’s work has resulted in several peer-reviewed publications and, as of July 26, a U.S. patent titled, “Hydrophilic Nanostructured Membrane Active Antimicrobials With High Activity, Selectivity And Biodegradability,” that allows the Liang laboratory team to produce the novel nanoantibiotics.

“We have a lot of antibiotics already being used in the clinics, and many of them are quite effective to ordinary infections,” Liang said. “But we are facing this increasing challenge with MRSA (methicillin-resistant staphylococcus aureus) and other kinds of drug resistant bacteria, which are the bacteria that turns ordinary infections into life threatening events.”

Liang hopes to establish a new generation of antibiotics that have three characteristics: they can kill bacteria with no toxicity to healthy cells, they are biodegradable and environmentally degradable so they don't harm the normal microbial communities in natural habitats, and they are less likely to induce resistance.

Past research has demonstrated that a molecule’s ability to repel water (hydrophobicity) and its ability to attract and dissolve in water (hydrophilicity) has a significant effect on cells. Liang said the more hydrophobic a substance is, the more adverse the reaction it will cause. However, he added, there is no quantitative standard for how much hydrophobicity is acceptable.

“Basically, you can kill bacteria when you increase hydrophobicity,” Liang said. “But it also will kill healthy cells, and we don’t want that.” 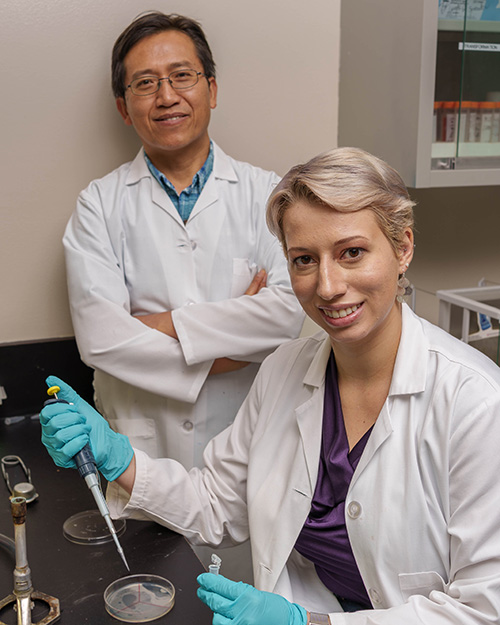 The Liang team hopes to develop and refine the nanoantibiotics for use in patients.

That study was the third the Liang lab published on the subject of nanoantibiotics. The first and second papers that elucidated the design concept of hydrophilic nanoantibiotics were published by ACS Infectious Disease in 2017 and Biomacromolecules in 2020. Both were featured as the cover story in their respective journal and highlighted by Chemical & Engineering News.

Armed with the three published studies and the patent, Liang said his team’s focus is now on a two-pronged approach to develop and refine the nanoantibiotics for use in patients.

The first prong, which Liang described as the research and academic side of his effort, is to push for clinical trials. To start that process, the Liang lab will apply for additional federal grants that support animal studies and will lead eventually to clinical trials on human patients.

“That’s more like the research and academic side of our effort,” Liang added.

The second prong of Liang’s approach is to work with the Texas Tech University Innovation Hub to help commercialize his lab’s invention.

“By taking the training opportunity on research commercialization from our Innovation Hub, hopefully we are able to identify interested parties in the pharmaceutical industry who are able or willing to collaborate with us,” Liang said. “One of our likely directions is to apply for a SBIR (Small Business Innovation Research) grant to pilot scale production. That’s our two-pronged approach.”

Liang said infection poses a significant challenge for both frontline doctors and scientists alike. It’s a challenge he wants to be able to fight by using innovation to develop a new generation of antibiotics.

“That’s our goal and we are well on our way to that,” Liang said. “I can’t say this is the only way forward; of course there are many different ways. The novelty of our contribution is to tackle this challenge by designing antibiotics from a nanoengineering point of view. This is a very new path that is not well explored, and we are proud of our progress so far.”