Walking in the Shoes of Someone With Aphasia

Learn what it’s like to live with this frustrating condition that renders people unable to communicate as they normally would. 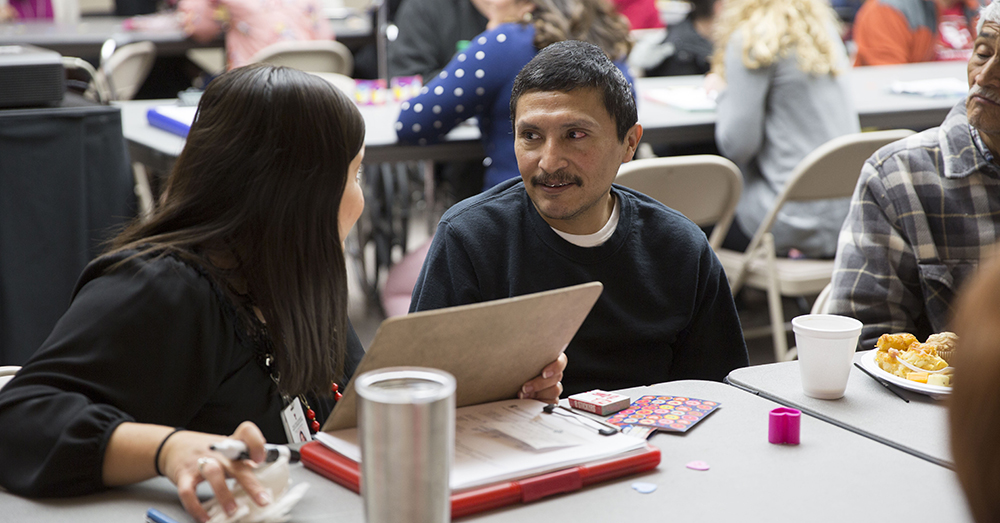 Two million people in the United States have aphasia

The National Aphasia Association states that two million people in the United States have aphasia, while 84.5 percent of Americans say they have never heard the term. That needs to change.

June is Aphasia Awareness Month, so we spoke with Melinda Corwin, Ph.D., CCC-SLP. Corwin is a professor and assistant director for the TTUHSC Department of Speech, Language and Hearing Sciences, and also serves as director for TTUHSC’s Stroke and Aphasia Recovery (StAR) Program.

Corwin discussed the causes of aphasia and the unique challenges that people with aphasia face on a daily basis. We also discussed how aphasia is treated and what loved ones can do to support those experiencing it.

“Aphasia is a condition that renders someone unable to have a conversation,” Corwin begins. “It can affect people of all ages.” Aphasia happens when there is damage to the left hemisphere of the brain, with stroke being the most common cause. “However, anything that causes damage to that side [of the brain] can result in aphasia,” Corwin says.

She points to Senator Gabby Giffords as an example. Giffords had her life changed during a public gathering in which she was wounded from a gunshot to the left side of her head in January of 2011, and subsequently diagnosed with aphasia.

The disorder impairs the expression and understanding of language as well as reading and writing. Aphasia may co-occur with speech disorders, such as dysarthria or apraxia of speech, which also result from brain damage. 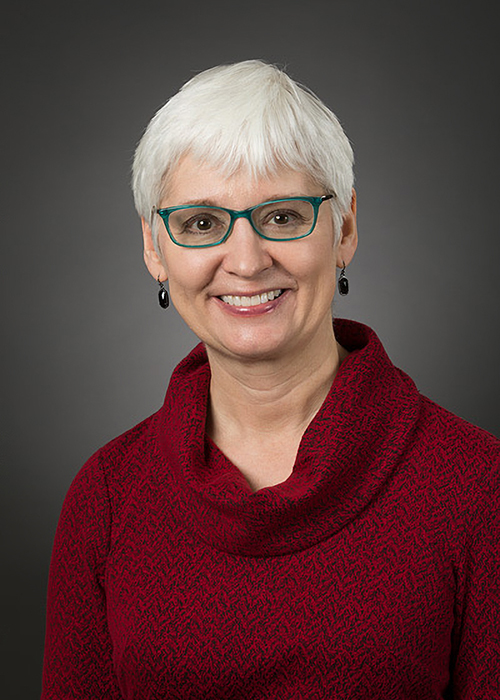 “Aphasia affects the language center of your brain,” Corwin says. “You can’t listen and read and write and speak like you could before. Anything that involves words, sentences, alphabet letters or numbers will be problematic because that’s the part of the brain that gets damaged.”

To truly understand what it feels like to have aphasia, Corwin recommends the aphasia simulations hosted by Voices of Hope for Aphasia. Even a brief foray into any of these simulations provides a clear picture of how challenging and frustrating this condition is.

“The person knows what they are trying to say, but a word comes out that’s not quite the right word,” Corwin explains. “They know the words. It’s not a concept or intellect problem; they still think the way they’ve always thought in their minds.”

Take a moment to consider how hard this must feel. We’ve all had the experience of not being able to “find the right word(s).” Now imagine knowing exactly what you want to say and how you want to say it, and being unable to do so. And it’s not limited to speech. Since aphasia affects the language center of the brain, it also makes writing (or typing) extremely difficult.

“A lot of times when I tell people that a person with aphasia can’t speak, they immediately say ‘Just give them a pad of paper and let them write it, or give them their phone and let them type it,’ ” Corwin says. “But in reality it doesn’t matter whether they are speaking or writing.

“It’s a language access problem having to do with the alphabet, the sounds, the syllables, and the meaning of speech,” she says. “Aphasia is a loss of language, not intellect.”

“It’s not that they cannot hear you,” Corwin says. “They are hearing words but they’re not processing every single word into fully understandable language and sentences.”

How is Aphasia Treated?

To treat aphasia, Corwin says, “We attempt to use the undamaged portions of the brain to help the damaged area, to find workarounds.”

Corwin uses an analogy of a stroke causing a pothole in the language center of the brain.

“Therapy attempts to reroute the neural connections to go around the pothole,” she explains.

Currently there is no cure or process to completely repair the damage from aphasia. “Once the area of the brain is damaged, if the cell tissues have died, we don’t have a way to regenerate cells exactly to the way they were before,” she says.

Melodic intonation therapy involves the right hemisphere of the brain, which controls melody, rhythm, and intonation, among others. This is a way to teach the brain to access words.

“We also use other forms of communication such as gestures, pictures and key written words,” she says.

How to Support Someone with Aphasia

“Time is a gift we can give to a person with aphasia,” Corwin says. “One tip is to slow down your rate of speech to allow the person with aphasia time to process the language.” She also recommends supported communication techniques, or augmented input, such as using pictures and written words to augment spoken information.

When it comes to written communication, Corwin recommends leaving more white space on the page to promote easier access to the text information.

“For instance, a Medicare form is considered a  non-aphasia friendly form. If you put it in front of someone with aphasia, they are not able to complete it independently,” she says. “But if we present one concept at a time, they are able to understand and convey the information through a series of gestures, pointing or writing.”

Corwin is advocating to make documents more accessible for people with aphasia.

Another tool is to layer more gestures into your speaking when talking to someone with aphasia. Point to what you’re talking about or refer to actual objects or pictures to help them process what you’re saying.

Corwin has learned much from the people who survive and live with aphasia.
“They have taught me about resilience, workarounds, and that you can still participate in life with aphasia.

She reiterates that the social isolation created by aphasia is incredibly challenging.

“The thing I want to combat is the social isolation that people with aphasia experience,” she continues. “Friends and family members often don’t want to be around them because they don't know how to communicate.”

Again, aphasia is a condition that can affect any person at any time, whether due to a stroke or brain injury. Corwin concludes by stressing the need to create ways to communicate that aren’t totally reliant on traditional spoken and written language.

The Summer Aphasia Arts Program is a two-week arts camp that focuses on visual art, choir and theater.

Increasing Awareness of Patient Access to Physical Therapy in Texas

A Key Part of Educational Audiology at TTUHSC: Exploring the Lubbock Regional Day School Program for the Deaf

Tori Gustafson, AuD, spoke about how the TTUHSC Doctor of Audiology Program supports the work being accomplished at the Lubbock Regional Day School Program for the Deaf (RDSPD).