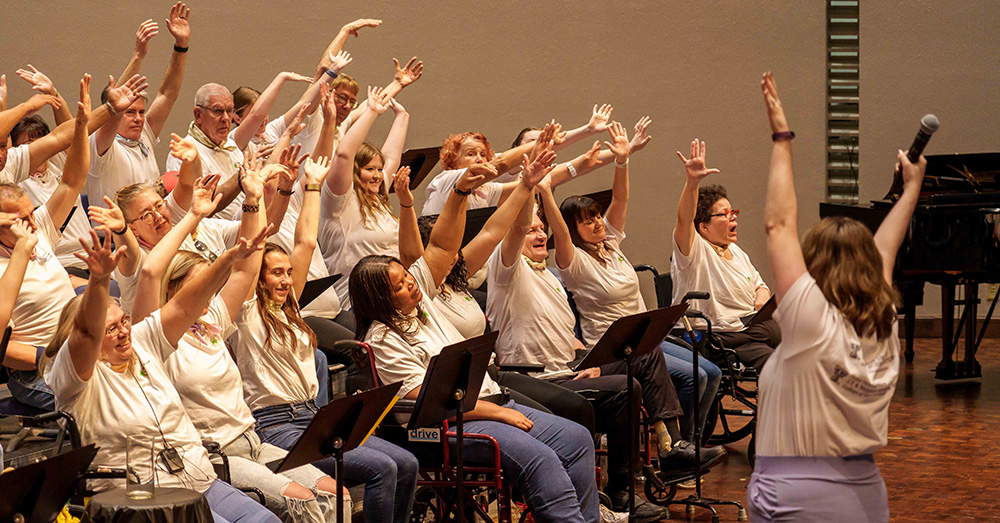 Public speaking causes fear and anxiety for many of us, but for the two million people in the United States with aphasia who have lost all or some ability to use words, just trying to communicate is difficult.

June is Aphasia Awareness Month, and to bring attention to the condition, the Texas Tech University Health Sciences Center (TTUHSC) School of Health Professions Stroke and Aphasia Recovery (StAR) Program, in partnership with the Texas Tech University J.T. & Margaret Talkington College of Visual & Performing Arts (TCVPA) held the Summer Aphasia Arts Program, a two-week arts camp that focuses on visual art, choir and theater. At the end of the program, they held a final performance and art exhibit.

“The summer arts portion of the StAR Program is an intensive, summer program that runs the first two weeks of June,” Melinda Corwin, Ph.D., professor and assistant director, Department of Speech, Language and Hearing Sciences, said. “The program is for stroke survivors, people with primary progressive aphasia and people who have any type of communication challenge called aphasia.” 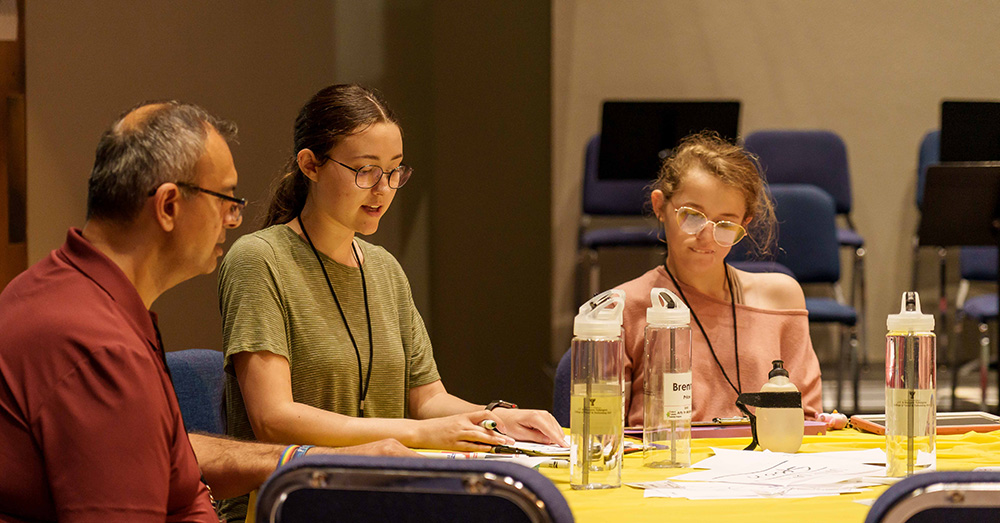 This is the first year the StAR Program has teamed up with TCVPA.

Aphasia is a language disorder that affects the part of the brain in charge of language. It renders a person unable to converse easily with others, and it also affects their ability to understand what others are saying to them, or to understand symbols of language on a page. The person may have trouble reading, texting, typing or communicating via email. The condition ranges from mild to severe and can happen to anyone who experiences a stroke, traumatic brain injury, brain tumor, or degenerative brain disease.

It does not affect intelligence.

The summer arts camp is an extension of the StAR Program, a nine-month initiative that runs September through May. Corwin, who is the director of the StAR Program, said it is comprised of 10 groups of three to six aphasia members who meet weekly and practice together to improve their ability to converse, read, write, type, speak and understand. Members may participate in person or online.

This is the first year the StAR Program has teamed up with TCVPA.

“Our collaboration with the StAR Program Summer Arts camp this year is a first for the Talkington College and it represents a large step forward in the way the arts are perceived as clinically useful tools in treating and approaching the needs of people with aphasia,” Kelsie Jackson, Ph.D., project manager for grants, research and innovation, TCVPA, said. “We are aware that aphasia is now in the national dialogue for a variety of reasons, so when we forged this partnership, we wanted to capitalize on the attention that aphasia is getting from state, local and national media. The opportunity to work with the StAR Program and on this collaborative venture for the college has been very significant. This represents a large-scale attempt by our two universities to find interdisciplinary ways of combining the arts with pressing and contemporary health care needs.”

For the past six years, Rene Collazo has participated in the StAR Program summer camps. 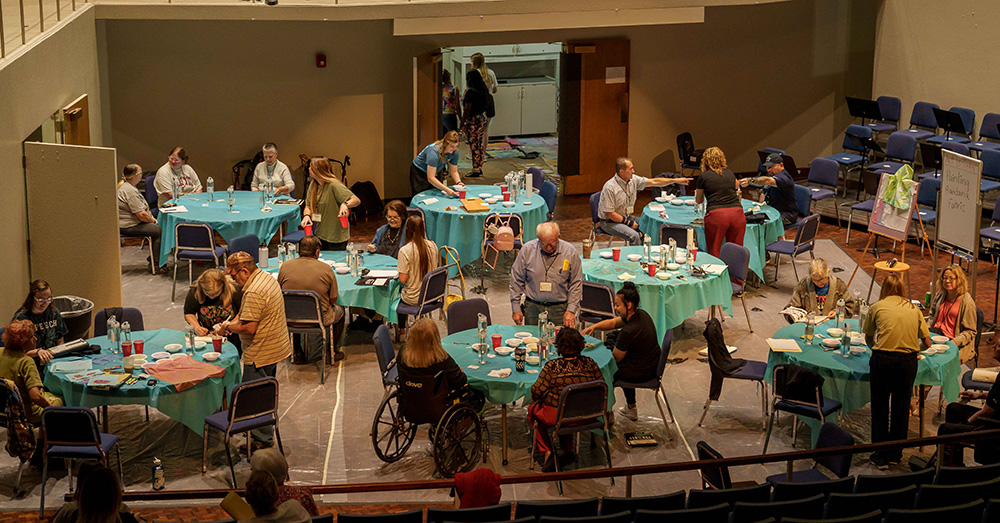 The two-week arts camp that focuses on visual art, choir and theater.

“It’s been six years and I like all of it,” Collazo said. “I’ve never done it before, you know, how you did it at school. But then being in this place, I enjoyed it. And then to know all these other people. It’s been going good. I like all the arts.”

Collazo, who survived a stroke, couldn’t speak in complete sentences when he started. When in choir, he sings all of the lyrics to all of the songs. His speech and conversation skills have improved.

While surviving a stroke has challenges, those with aphasia face the difficulty of social isolation. Friends and family tend to withdraw because they no longer know how to communicate with the person who has aphasia.

Family members receive suggestions on ways they can communicate with their loved ones who have aphasia. Corwin said participants and family members respond very positively to the program. They’ve said that they typically see loved ones’ overall mood and communication improve.

Corwin stressed that the person who has aphasia is completely intact intellectually and does want to socially connect. They just aren’t able to speak or write like they could before.

“A man who was at a long-term care facility in town was very depressed,” Corwin said. “The staff reported he wasn’t getting up in the mornings, getting out of bed, showering or getting dressed. When he began coming to the summer program, he, on his own, woke up every morning, showered, shaved, dressed and was ready to get on the van and come to the Aphasia Summer Arts Program. His demeanor changed. His disposition improved. We hope that were able to gift him and he certainly gifted us with his presence.”

Collazo reflected on how the program has helped him.

Corwin added that although aphasia doesn’t heal as quickly as a broken bone, the prognosis is good for those living with the most common types of aphasia.

“Overcoming a stroke or a diagnosis or any type of degenerative disease is amazingly challenging,” Corwin said. “These individuals have taught us a great deal about resilience and perseverance. We learn from them every day. We’re excited about the arts and how the arts can help to promote socialization, communication and overall recovery.”

In the past, Collazo would become frustrated at not being able what he wanted to say but thanks to the program, he’s more patient with himself.