Neugebauer: More Than Two Decades of Investigating Why We Hurt 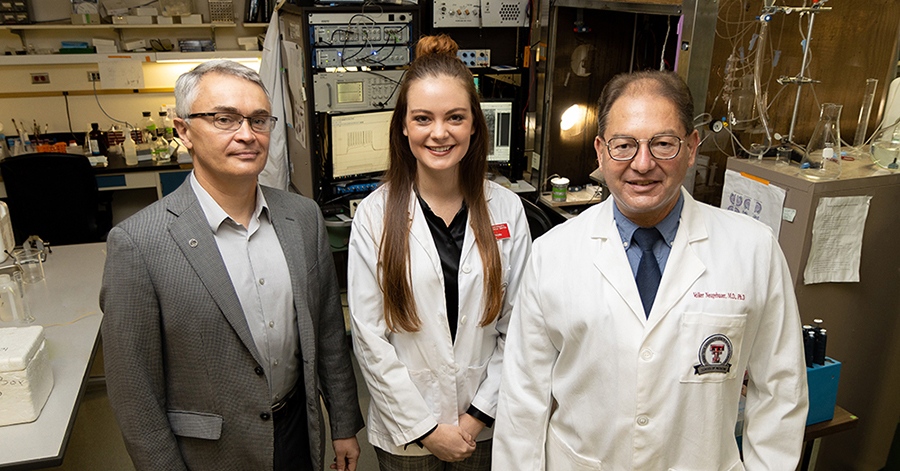 It is estimated that more than 100 million U.S. adults are affected by chronic pain, a condition that annually costs the country an estimated $560-635 billion in health care costs, disability and lost productivity. Because pain is a complex and multidimensional experience, finding effective and efficient treatments is difficult.

Pain is a complex disorder that involves peripheral nerves, the spinal cord and the brain, and all of these areas have been targeted for the development of pain medication. Volker E. Neugebauer, M.D., Ph.D., chair of the Department of Pharmacology and Neuroscience at the Texas Tech University Health Sciences Center (TTUHSC) School of Medicine and executive director and chief scientific officer at TTUHSC’s Garrison Institute on Aging, has focused his research since the 1990s on the amygdala, an area of the brain known to play an important role in negative emotions.

To continue that research, the National Institutes of Health (NIH) recently awarded a five-year, $2.76 million grant to Neugebauer and Igor Ponomarev, Ph.D., a TTUHSC associate professor of pharmacology and neuroscience. 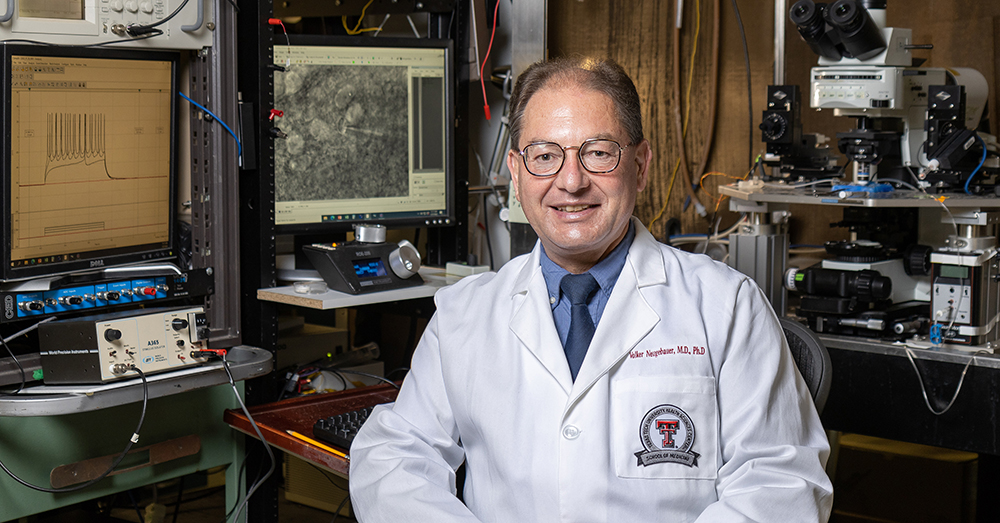 “Knowledge of pain mechanisms is key for the development of new analgesics, but understanding the complexity of pain from the detection of a painful event to the feeling and conscious perception of pain has been a challenge,” Neugebauer said. “Our new research project will identify molecular and functional changes in the amygdala in a chronic pain model, so-called neuropathic pain arising from a nerve injury. We will determine how these changes are linked to the development of pain, and in particular, the transition to chronic pain.”

To make those determinations, Neugebauer and Ponomarev will use experiments designed to analyze gene expression changes in the amygdala at different stages of the pain condition, a process known as transcriptomics. Activating or silencing gene products will allow their contribution to pain “chronification” to be explored so they can be identified as molecular targets with therapeutic potential.

These targets will be manipulated with pharmacological tools such as chemical compounds, and with viral vector-mediated knockdown of overexpressed gene products, or by the expression and chemical activation of inhibitory and excitatory artificial molecules. Neugebauer said this “chemogenetics” process represents a novel approach to study brain functions, and their application to research on pain mechanisms in the brain is particularly innovative.

“These studies will significantly advance the field of pain research — and possibly pain management — by providing novel insights into brain changes in pain, and by identifying molecular targets to mitigate these changes, hence chronic pain,” Neugebauer added. 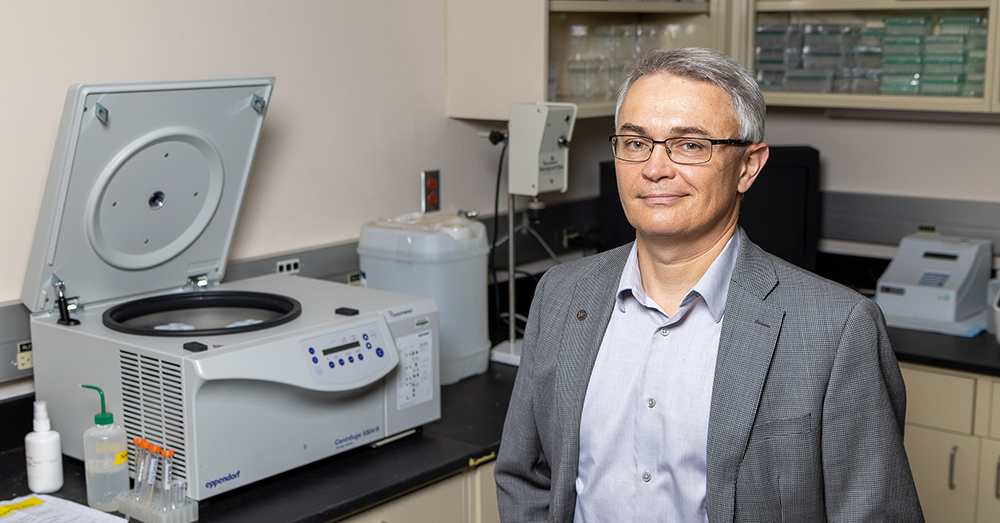 This new research project is the continuation of Neugebauer’s NIH-funded work on amygdala pain mechanisms that has been ongoing since 1999. He said teaming up with Ponomarev, an expert in neuroimmune signaling and transcriptomics, was a logical progression of the existing project. Working together, they will use transcriptomics and a process known as computational interactome analysis to identify molecular interactions between neurons and glia and highlight molecular targets for mechanistic predictions and analyses and medication development for pain relief.

As the building blocks of the nervous system, Neugebauer said neurons have been the main focus of pain mechanisms in the brain. However, it has now been known that non-neuronal cells such as the so-called “glia cells” (e.g., microglia and astrocytes, which are principal elements of the central nervous system innate immune system) play important roles in nervous system and brain functions.

“Changes and dysfunction of the neuroimmune system in the brain are well established for a number of disorders, including alcohol use disorder, an area of expertise of Dr. Ponomarev,” Neugebauer said. “But the role of neuroimmune signaling in the brain — and in the amygdala in particular — in pain is largely unchartered territory.”

Another innovative and significant aspect of this project is the role of sex differences in neuroimmune signaling and pain, a topic Neugebauer described as somewhat controversial with evidence for higher pain vulnerability and resilience in females compared to males.

“We expect sex differences in the amygdala and will identify any differential contributions of different neuron and glia types and their activation and downstream consequences for the transition from acute to chronic pain,” Neugebauer said. “Preliminary data suggest a stronger neuroimmune response at the chronic pain stage in females, but initial upregulation or presumed protective factors in males. Identifying sex differences will have important therapeutic implications.”

The preclinical studies of this basic science research project are designed to advance knowledge about pain mechanisms as the basis for development of novel therapeutic targets and strategies. Ponomarev said the transcriptomic and interactome analyses should identify molecular factors that can be targeted to restore amygdala function and shift neuroimmune signaling from a pathological state to beneficial, protective functions. Pharmacological, viral vector and chemogenetic approaches will be used and tested, and there is hope that druggable targets will be identified for pain relief.

“This project is a true success story, being funded for more than 25 years under Dr. Neugebauer’s leadership with about 150 papers published,” Ponomarev said. “As a new faculty member at TTUHSC, I am very excited to establish this collaboration and help add a new direction to this very important line of research.”

The new project funded by this grant also will include research assistance from Peyton Presto, an M.D./Ph.D. student for whom Neugebauer and Ponomarev serve as co-mentor.

“Peyton has been instrumental in bridging our two labs,” Neugebauer said. “She has generated critical preliminary data for the grant application.”

Neugebauer said the new grant, which was funded on first submission, is an example for how the field of pain research, or any field of research for that matter, is moved forward by integrating expertise from outside areas.

“We combined Dr. Ponomarev’s expertise in neuroimmune signaling and transcriptomics from alcohol research with my lab’s pain research program and expertise in behavior, chemogenetics and electrophysiology (the analysis of electrical signaling and information processing in neurons and non-neuronal cells). We are grateful for the conducive environment at TTUHSC that facilitates such innovative collaborations.”