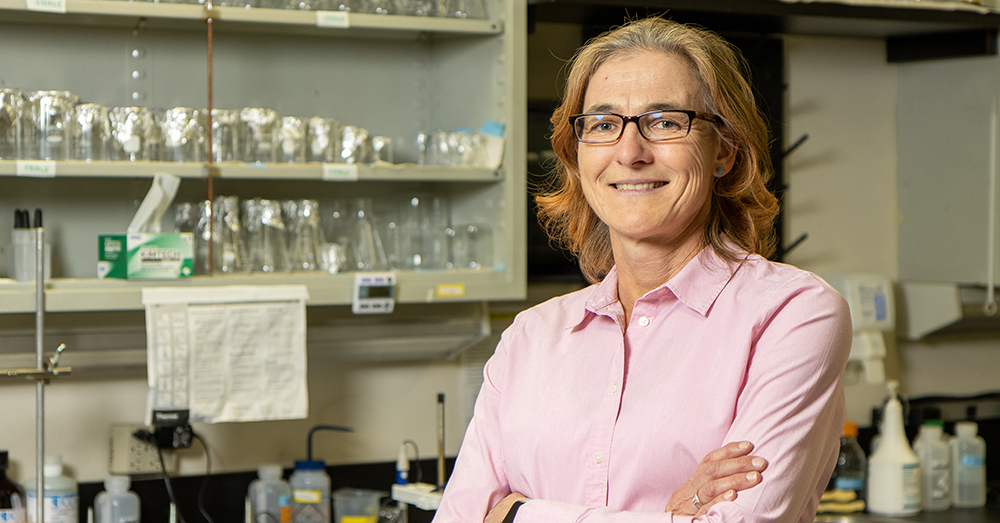 According to the Global Burden of Disease study, neurological disorders are the leading cause of disability and the second leading cause of death after heart disease. Malfunctions in pentameric ligand-gated ion channels (pLGICs) have been linked to many of these conditions including Alzheimer’s and Parkinson’s diseases, epilepsy, anxiety disorders, pain, schizophrenia, atherosclerosis, diabetes, inflammatory bowel disease, sepsis and myasthenia gravis, a chronic autoimmune disease that causes certain muscles to weaken.

Primarily located within the central and peripheral nervous systems, pLGICs bind with neurotransmitters and hence produce an electrical signal by managing ion channel activity. Members of the pLGIC superfamily of proteins are assembled from five subunits, each consisting of three domains: the extracellular domain (ECD), the transmembrane domain (TMD) and the intracellular domain (ICD).

In previous research, Michaela Jansen, Pharm.D., Ph.D., an associate professor in the Department of Cell Physiology and Molecular Biophysics at the Texas Tech University Health Sciences Center (TTUHSC) School of Medicine, showed that the ICD of Serotonin type 3A (5-HT3A) receptors interacts with a chaperone protein known as Resistance to Inhibitors of Cholinesterase 3 (RIC-3). Chaperone proteins like RIC-3 help pLGIC protein subunits such as 5-HT3A assemble and function properly. 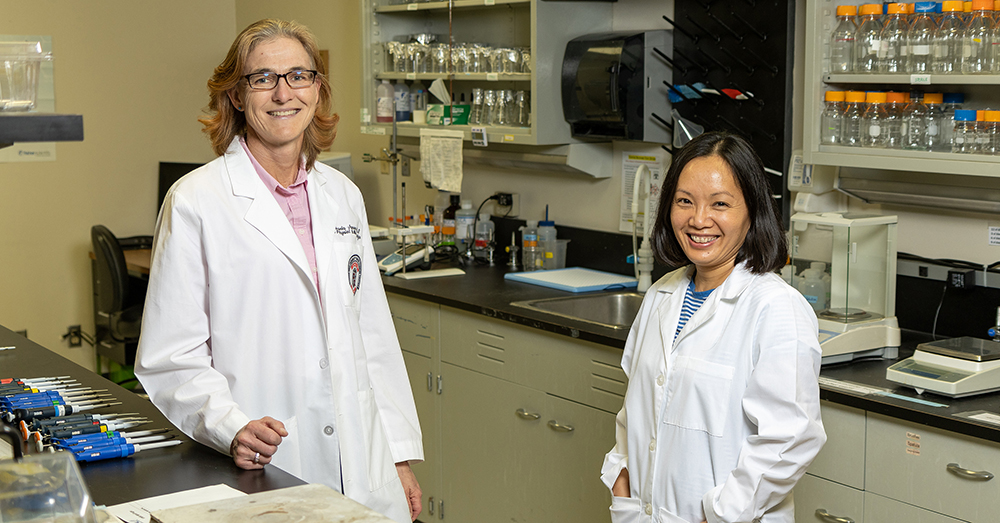 Jansen’s laboratory is part of TTUHSC’s prominent excellence cluster, the Center for Membrane Protein Research. The center includes approximately 20 principal investigators and their respective laboratories at the TTUHSC School of Medicine and Texas Tech University.

To continue her research, the National Institute of Neurological Disorders and Stroke (NINDS) at the National Institutes for Health (NIH) recently awarded Jansen a four-year, $1.53 million grant. The goal of the grant is to fill in important knowledge gaps pertaining to interactions of pLGICs with RIC-3-like chaperone proteins and conformational changes that occur during gating.

Jansen’s research has focused on neurotransmitter-gated ion channels initially related to new chemical entity or drug development and, since the early 2000s, to the studies of how these chemicals interact with their receptors. She has been funded by NINDS since 2007. With this latest renewal, NINDS will have funded Jansen’s current project for $3.56 million from 2015-2025. Her TTUHSC research team for this project includes present and recent past members Quynh Hoa Do, Ph.D., Akash Pandhare, M.D., Ph.D., Antonia Stuebler, Ph.D., and Elham Pirayesh, Ph.D.

Because pGLIC ICDs hold promise as subunit-specific targets for neuropsychiatric, neurodegenerative and inflammatory diseases, Jansen’s proposed project will test the novel hypothesis that the ICD of certain cation-conducting pLGICs is intricately involved in the critical mechanisms of assembly, chaperone-modulation and functional conformational transitions. 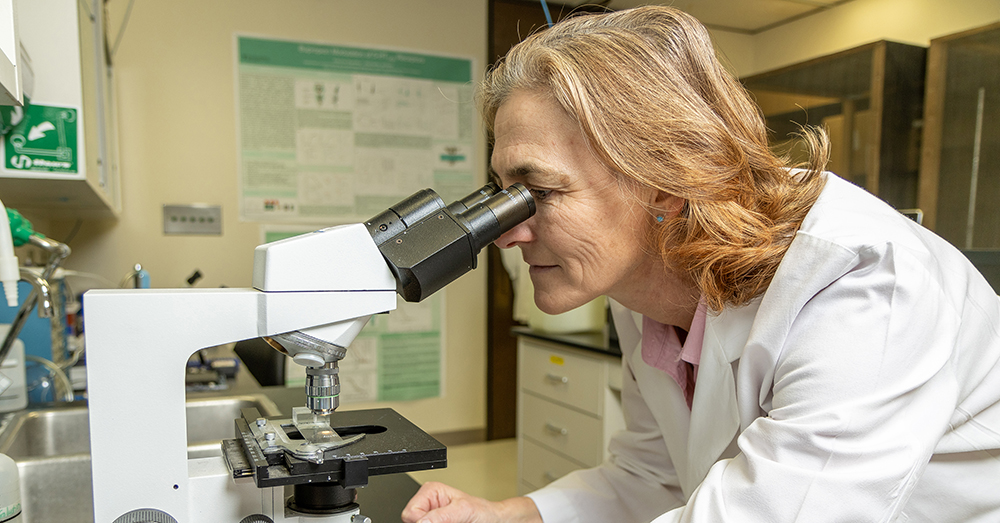 “We will conduct extensive studies now to also include related subunits; not only the 5-HT3A, but also the alpha-7 subunits and other neural nicotonic acetylcholine receptor subunits,” Jansen said.

The idea is to see if these subunits also have some interaction mediated via a peptide chain similar to the one shown to affect the interaction between 5-HT3A and RIC-3 in Jansen’s previous research. Known also as the α7 receptor, the alpha-7 nicotinic receptor is a type of nicotinic acetylcholine receptor implicated in long-term memory.

“If we know exactly which part [of the peptide chain] is important, we are now at the point where we could design peptidomimetics, which are drugs that mimic peptides, and they could interfere with this RIC-3-5HT3A interaction,” Jansen explained. “This could be helpful to, for example, correct how many receptors are on the plasma membrane, or it could stabilize receptors.”

pLGICs have been established as targets for anesthetics, muscle relaxants, antiemetics, anxiolytics, antiepileptics, drugs that treat dementias and some that support smoking cessation. Jansen said undesired clinical effects based on interactions with off-target, structurally-related subunits often limit or prevent their clinical use.

With this competitive renewal of her NIH R01 grant, Jansen said her team will test their hypotheses to gain additional detailed and mechanistic insights into the ICD, which Jansen said has received significantly less attention compared to the two other domains.