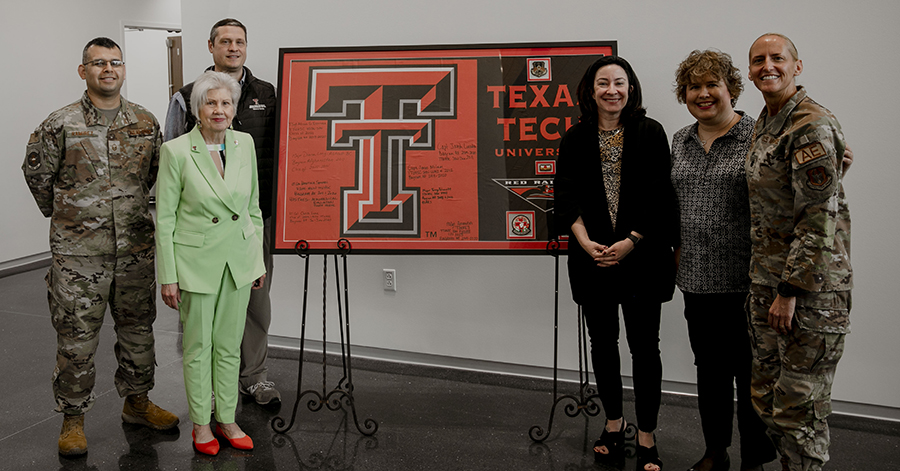 Bagram Air Base in Afghanistan has seen hundreds of our nation’s bravest pass through, doing what they can to make a far-away, temporary space feel like home. 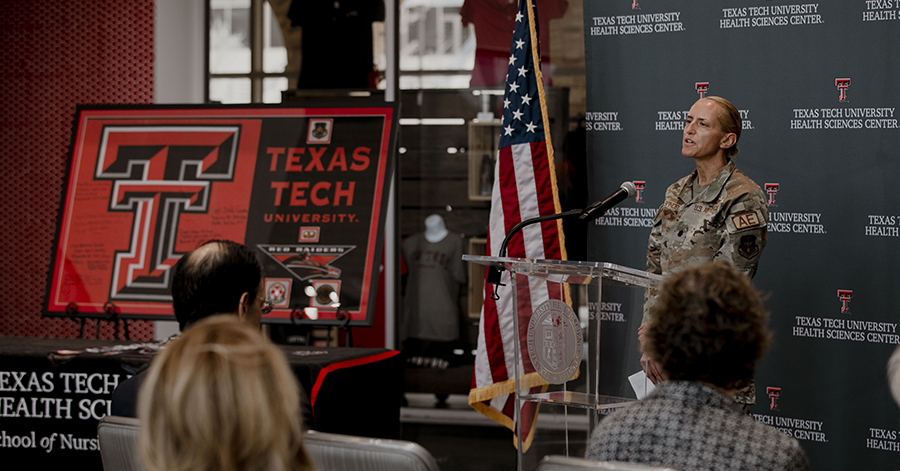 There is a sense of chosen family that ties these individuals together–brought closer not only by a larger sense of duty, but by the pieces of their lives back home that help them understand one another.

Years ago, a Texas Tech flag was hung and displayed at the air base. Over time, as Texas Tech University Health Sciences Center (TTUHSC) alumni served and spent time at that base, many signed the flag as an expression of their Red Raider pride and a shared sense of common history. 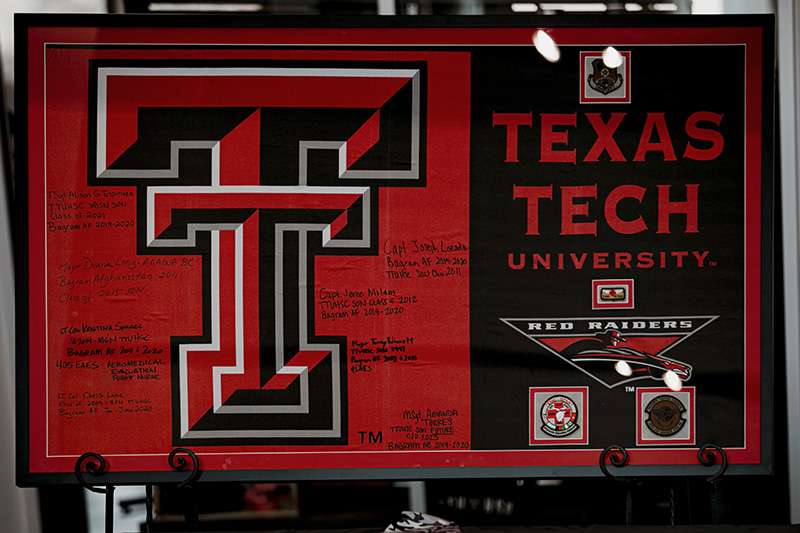 Texas Tech flag from Bagram Air Base in Afghanistan

Lt. Col. Kristina Spindel is a 2014 graduate of the TTUHSC School of Nursing and a flight nurse in the U.S. Air Force Reserves. Having been deployed to Afghanistan multiple times, Spindel had signed the flag herself, and when the U.S. Military began its withdrawal from Afghanistan and Bagram Air Base, she realized it was time for the Texas Tech flag to finally return home.

Spindel reached out to Tara C. Hilliard, Ph.D., APRN, ACNP-BC, an associate professor for the School of Nursing. She told Hillard she had framed the Texas Tech flag and wished to hand it off–allowing it to be proudly displayed by the School of Nursing to honor all who have served in Afghanistan. 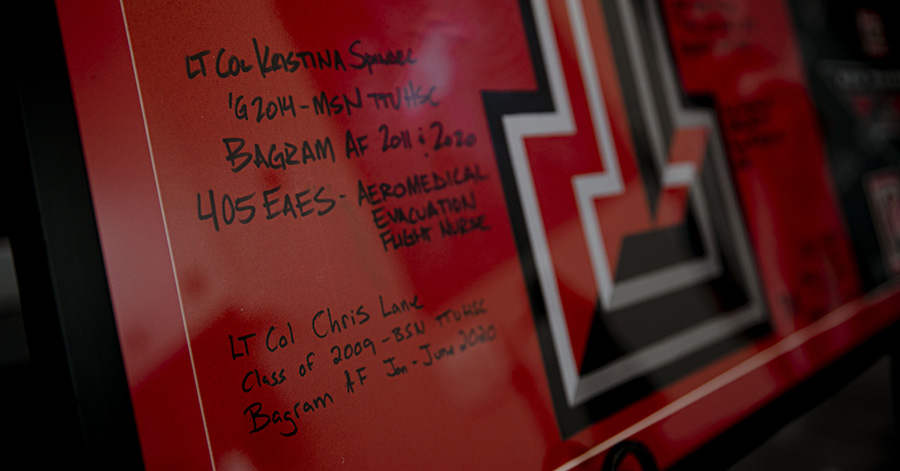 The flag was signed by many TTUHSC alumni

When presenting the flag to the school, Spindel expressed that the flag memorializes TTUHSC alumni’s contributions to battlefield medicine, and that she saw it as her mission to return it to the TTUHSC campus.

TTUHSC named a “2022 Great College to Work For”

TTUHSC is one of the best colleges in the nation to work for, according to the Great Colleges to Work For® program. This marks the third time the university has been recognized.

TTUHSC this year will observe National Hispanic Heritage Month from Sept. 15 to Oct. 15 with events, webinars and celebrations.