Study Could Lead to New Treatments for Neuroblastoma

Findings Could Apply to Other Pediatric, Adult Cancers Marked by ALT Mechanism 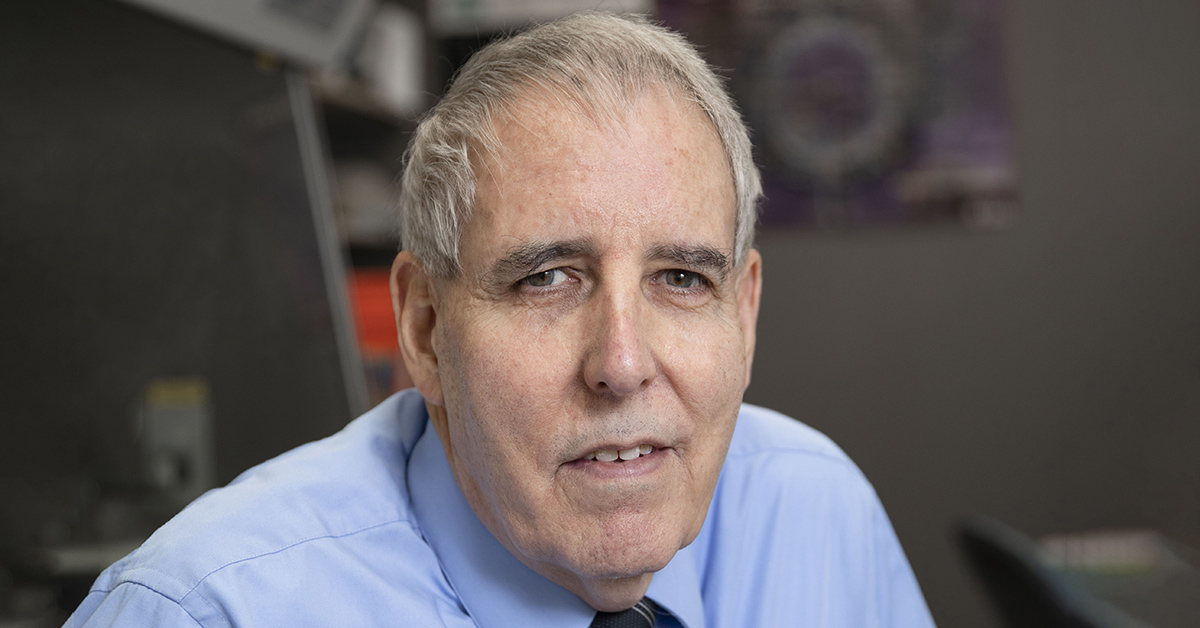 In a recently completed study titled, “ALT neuroblastoma chemoresistance due to telomere dysfunction–induced ATM activation is reversible with ATM inhibitor AZD0156,” that was published Aug. 18 in Science Translational Research, the Reynolds team sought to identify ways in which cancer cells that have the alternative lengthening of telomeres (ALT) mechanism could be used to overcome therapy resistance. They also investigated whether or not ataxia-telangiectasia mutated (ATM) kinase activation could be reversed in preclinical models of neuroblastoma (both in cell cultures and in human tumors growing in special mice) by using AZD0156, a clinical-stage small-molecule ATM inhibitor.

Like every cell in our body, cancer cells continuously grow, which means they also are going to shorten their telomeres. Without telomerase to restore the telomere, the cell will eventually collapse and die rather than divide. Reynolds said that’s where the ALT mechanism comes in. It allows cancer cells that don't express telomerase for a variety of reasons to still make telomeres, which allows the cancer cells to continue to grow and proliferate.

“What's interesting about it is telomerase has been sought as a target for drug therapy for years, and it hasn't really panned out in spite of almost 85% of cancers expressing it and needing it,” Reynolds said.

However, targeting telomerase has proven difficult because although some cells need it, only a small fraction of them express it. For instance, some of our stem cells, such as germ cells we pass on to our children, have a point for telomeres and therefore also must have telomerase so they can continue to proliferate through our lifespan.

In their previous study, TTUHSC’s Koneru and Reynolds collaborated with Meredith Irwin, M.D., and the national Children’s Oncology Group, and with John Maris, M.D., and other investigators in the National Cancer Institute’s TARGET program. They discovered that high-risk neuroblastomas, as defined by the current risk stratification scale, could be broken down into three additional subgroups by observing the expression of the telomerase reverse transcriptase, or TERT gene in combination with a telomerase-independent marker that identifies tumors with the alternating length of telomere, or ALT mechanism.

Those findings showed that patients with a high expression of the TERT gene comprised approximately 60% of the high-risk group, while those with a high expression of the ALT mechanism accounted for approximately 20%. The final subgroup included approximately 20% of high-risk patients who have low telomerase and no evidence of telomere maintenance mechanisms, or TMMs. Patients with tumors having the ALT mechanism were resistant to chemotherapy and had very poor survival rates.

In their most recent study, the Reynolds team determined that activating the ATM kinase at the site of telomeres promotes chemotherapy resistance in ALT neuroblastoma. A kinase is an enzyme that causes the transfer of phosphate groups from high-energy, phosphate-donating molecules to specific substrates in a process known as phosphorylation. ATM is a protein kinase that phosphorylates, and thus activates several key proteins that initiate DNA damage that can lead to cell cycle arrest, DNA repair or apoptosis (cell death).

“What excited us about the ALT mechanism is that it’s going to be a cancer-specific approach,” Reynolds explained. “There's no normal cells that use this or have this, so when Dr. Koneru did his previous work and found what we call the ultra high-risk, or the worst-of-the-worst neuroblastomas, they were identified by this particular ALT marker. And this is a group of patients that just does extremely poorly.”

Armed with their previous findings, the Reynolds team became interested in finding ways to use this information to identify subgroups of high-risk patients and to investigate how to treat ALT neuroblastoma patients once they are identified. Reynolds said that this paper helps answer those questions, and the implications potentially go beyond neuroblastoma.

Reynolds said Koneru’s work on the team’s latest research demonstrates that the way these cancer cells make their telomeres is that the ends of the chromosomes have a loop-like structure formed by the telomere, which the cancer cell interprets as DNA damage. In normal cells, a variety of proteins known as shelterin proteins protect the cell from recognizing telomeres as DNA damage.

“This DNA is hanging out there and it looks like it's damaged DNA to the cancer cell,” Reynolds said. “These shelterin proteins bind onto that and prevent the cell from saying, ‘Hey, that's DNA damage,’ because if you've got DNA damage, the cell does a lot of things, and one of the main things it does is it activates p53, which is known as the guardian of the genome.”

Reynolds said p53, also known as tumor protein P53 or cellular tumor antigen p53, turns on genes that suppress cell growth so DNA damage can be repaired. However, depending on the nature of the cell and the DNA damage, p53 also can turn on genes that kill the cell.

“In our bodies, if we have DNA damage we don't want those cells hanging around; we get rid of them,” Reynolds said. “Normally, you’d think that if you had DNA damage, the telomeres would trigger the DNA damage response, but shelterin proteins protect against that. They really inhibit that mechanism.”

Other studies have shown that using a dominant-negative version of a shelterin protein — a shelterin protein that doesn't work, but binds in there and doesn't do what it's supposed to do — would activate the type of p53 mechanism that's going on in these cells. Reynolds said that’s what Koneru was able to do. He used a dominant-negative shelterin protein and showed that when he puts it into the cells, he could actually turn on this whole DNA damage response mechanism, and he localized it down primarily to the ATM kinase that activates a whole panel of DNA repair genes.

“The thing that ATM kinase does is that it activates or phosphorylates p53, and if p53 gets phosphorylated, it’s going to do all the things that it does to cells: it shuts them down and kills them,” Reynolds said. “Without p53 there, what the ALT cells do, and what this paper shows very nicely, is that they basically present their telomeres as DNA damage to the cell, which turn on ATM kinase. The ATM kinase goes up — through mechanisms that still aren't fully understood — and causes DNA repair genes to make the telomeres at the end of the chromosomes, and the cell is able to divide. But in doing this, ATM also makes the cancer cell very resistant to chemotherapy.”

To investigate whether or not ATM kinase activation could be reversed using an ATM inhibitor, the Reynolds team collaborated with Durant and others at AstraZeneca to test AZD0156, a clinical-stage small-molecule ATM inhibitor developed by AstraZeneca that binds to the ATM kinase and prevents it from functioning.

Reynolds said Koneru was able to show in mouse models that ALT cancers are very resistant to the type of chemotherapy typically used to treat ALT neuroblastomas, and that with the AZD0156 ATM kinase inhibitor he could reverse the resistance and shrink the tumors in the mice.

“This paper has both fundamental biological observations on how ALT works and identifies a potential way to target ALT cancers,” Reynolds stressed. “We’re using neuroblastoma as a model, but it's likely that this applies to other cancer types. There are 15% of cancers that have this mechanism, and it shows that, at least with this one clinical stage drug we can reverse drug resistance to it, and that sets up the stage for other types of drugs that we're working on that could target this this particular pathway in unique ways.”

Reynolds said there are several different drugs in various stages of development that may work well against the ALT mechanism. If so, that’s a significant step forward for two important reasons.

“First of all, it's not just a neuroblastoma; patients with this particular phenotype don't do well,” Reynolds said. “ALT is found in many other types of cancers, and that is likely what makes those cancers resistant to chemotherapy. The second thing is that understanding how ALT works and how to target it will enable clinical trials to be developed in the future that may benefit patients with tumors that depend on the ALT mechanism.”