Environmental Hazards in Athletics and the Role of an Athletic Trainer 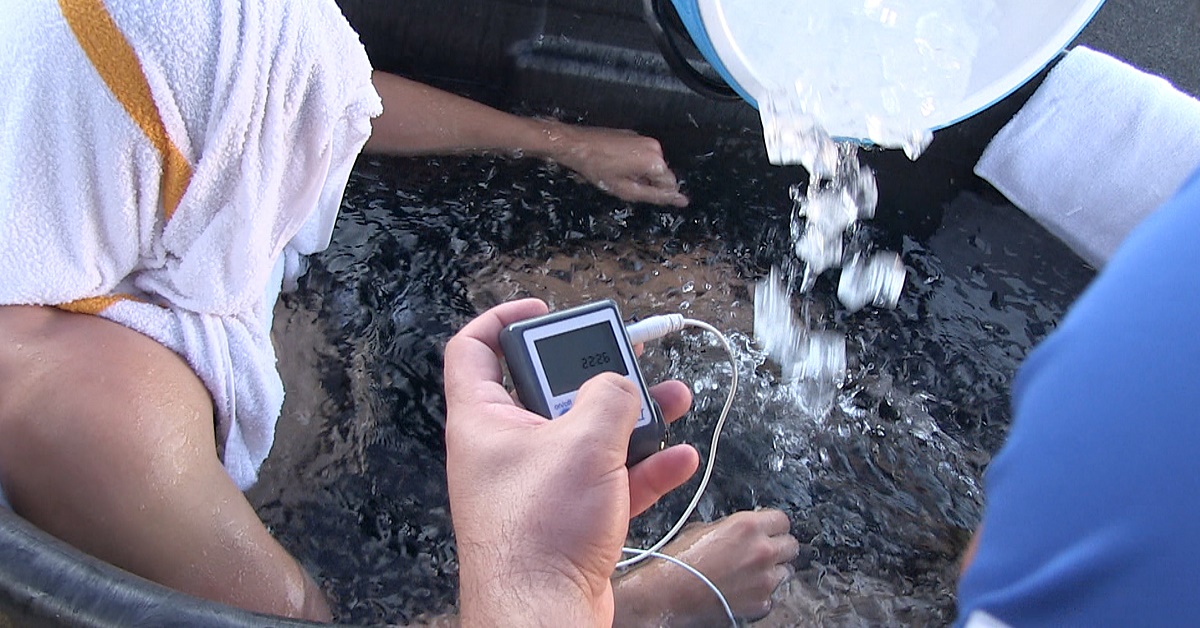 The most omnipresent variable in sporting events is the environment, particularly weather. Many of us have had to pay for an overpriced poncho because unexpected rain blew into the stadium. From surprise windstorms that affect an outdoor event to a malfunctioning air conditioning that leaves an indoor gymnasium insufferable, athletes in most sports are expected to train and compete in adverse environmental conditions.

We sat down with Darrell Gililland, Clinical Education Coordinator of the Master of Athletic Training Program in the School of Health Professions. He discussed the most common environmental factors affecting sports and the invaluable service that athletic trainers provide in keeping athletes safe, healthy and able to compete.

The Range of Environmental Hazards in Sports 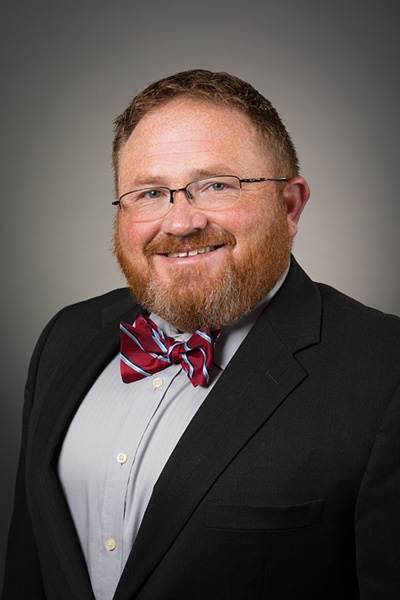 “The most common type of hazards that we think of are heat related illnesses,” Gililland begins, “particularly exertional heat stroke, exertional sickling, asthma, hyponatremia and diabetes.”

What is exertional sickling? Exertional sickling is a potentially life-threatening condition that results in muscular ischemia and collapse. The athlete may experience intense muscular pain, rhabdomyolysis (a breakdown of muscle tissue that releases a damaging protein into the blood), and other serious metabolic problems. Gililland points out that August and July are the deadliest months, with August claiming 22 percent of all heat related deaths.

We spoke with Gililland during the heat of summer, and he said that in the previous 26 days there had been seven deaths associated with heat illness.

“That is unprecedented over the last several years,” Gililland warns. “We can’t prevent a lightning strike, but we can prevent exertional or environmental heat illness. This is critical.”

Gililland points out that in all of those deaths, there was no licensed or certified athletic trainer present to mitigate the risks.

“People believe that there are athletic trainers at all sporting events and high schools, and that’s just not true,” he laments.

One of the top causes of sudden death in sports is lightning, killing more people annually in the United States than hurricanes and tornadoes.

“Lightning is nondiscriminatory,” Gililland says. “You see the most in hikers because they’re out in higher elevations. Pop up thunderstorms come out and last 30 to 45 minutes then go away.” Gililland observes that Florida has the highest rate of lightning strikes in the U.S as well as a high rate of injuries from lightning.

The Role of an Athletic Trainer 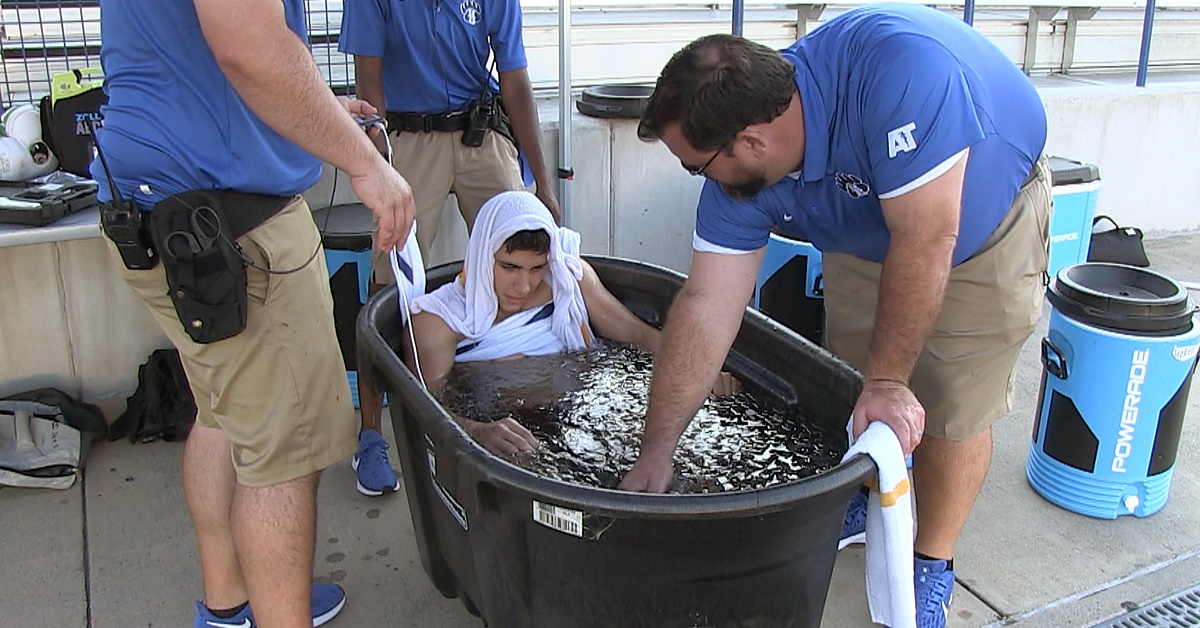 Who or what exactly is an athletic trainer?

“We’re trained specifically for your sons and daughters who are playing recreational, high school and college sports,” Gililland explains. “We’re strong advocates for placing athletic trainers in secondary schools, because athletic trainers are regulated throughout the United States, except for California.”

While EMTs may be present at sporting events, they are trained in trauma and severe injuries, while athletic trainers possess the knowledge of the effects of specific exertion on the body.

Athletic trainers are also now serving the military, with alumni working with special forces helping to identify, prevent and treat illnesses and injuries.

“We’re a diverse healthcare profession not set in one particular environment,” Gililland says. “That makes us very unique! We are the only healthcare profession that’s trained specifically to recognize, prevent and treat injuries of physically active individuals as well as those who are merely weekend warriors.”

The Benefits of Having an Athletic Trainer on Staff

Gililland points out that having an athletic trainer on staff reduces an organization's liability.

“The average cost of liability of an organization is $1.5 million,” he says. “There have been 21 legal cases over the past 20 years regarding a death, and those organizations have lost all 21 of those cases.”

Gililland recognizes the expense of employing an athletic trainer and understands it can be an impediment. However, a simple cost/benefit analysis makes the decision clear.

“Would you rather pay $1.5 million at one time because you’re liable for a death, or would you rather budget that over the course of many years to employ a couple of athletic trainers in your district?”

The Tools of the Trade for an Athletic Trainer 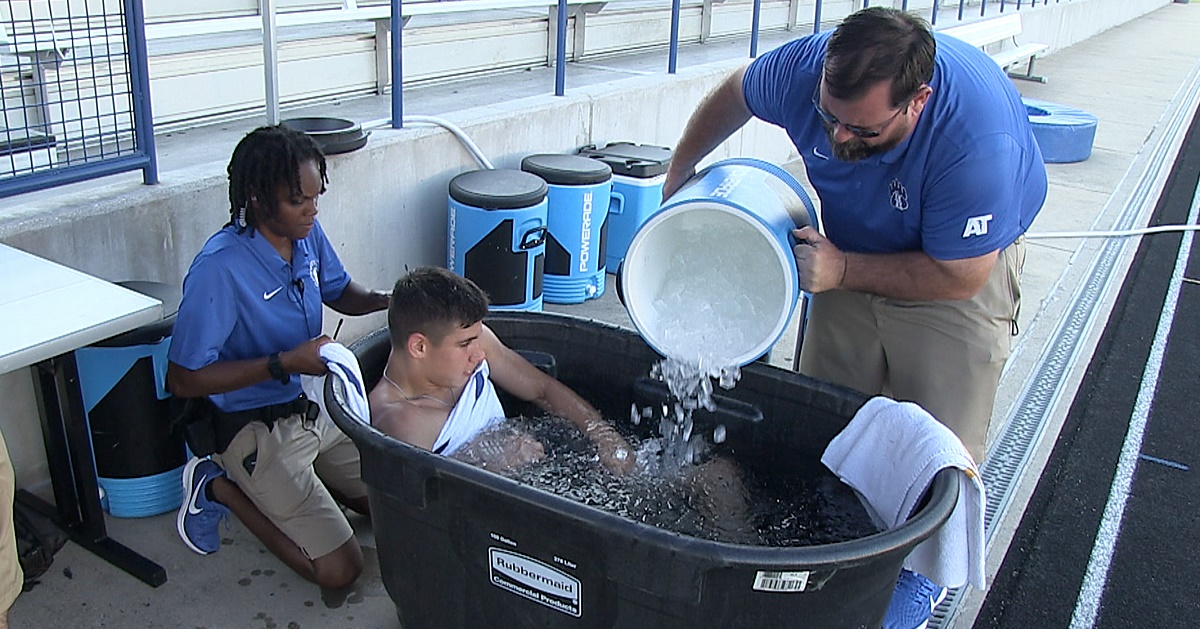 “When you have a heat emergency, the No. 1 thing you can do is provide cold-water immersion,” Gililland states. “At a hot-weather sporting event, there has to be a cold-water tub or a tarp in which you can create a tub to rapidly cool a body. They’re not going to get cooled down on the bus or in an ambulance.”

People tend to assume that activity is based on the heat index, but Gililland is quick to correct that misconception. He says that best practice is to use a wet-globe temperature (WBGT), which measures heat stress versus heat index. This considers wind speed, sun angle and cloud cover, among other things.

“We use the Kestrel 5400 WBGT Heat Stress Tracker,” he says.

Gililland is in his 23rd year as a professional, having spent 17 years as a clinician in intercollegiate athletics. He says that the biggest reward is making a difference in people’s lives.

“It’s incredibly rewarding,” he says. “Like all other healthcare professions, it’s a service to the sick and the injured and the needy. If you love helping people and working with physically active and motivated individuals, it’s a fantastic career.”

He is passionate about spreading awareness and knowledge surrounding the uniquely important service that athletic trainers provide.

“We need more athletic trainers on the secondary level,” he says. “That’s where we see the majority of deaths.”

There have been two coaches accused of manslaughter over the death of a basketball player in Georgia. There is a lawsuit underway for a Tennessee wrestling coach accused of negligence in the death of a wrestler. Gililland points out that neither of those schools had athletic trainers on staff.

“Who’s advocating for the health and safety of the athlete at the secondary level?” he asks.

Well, he is. And so should we all.