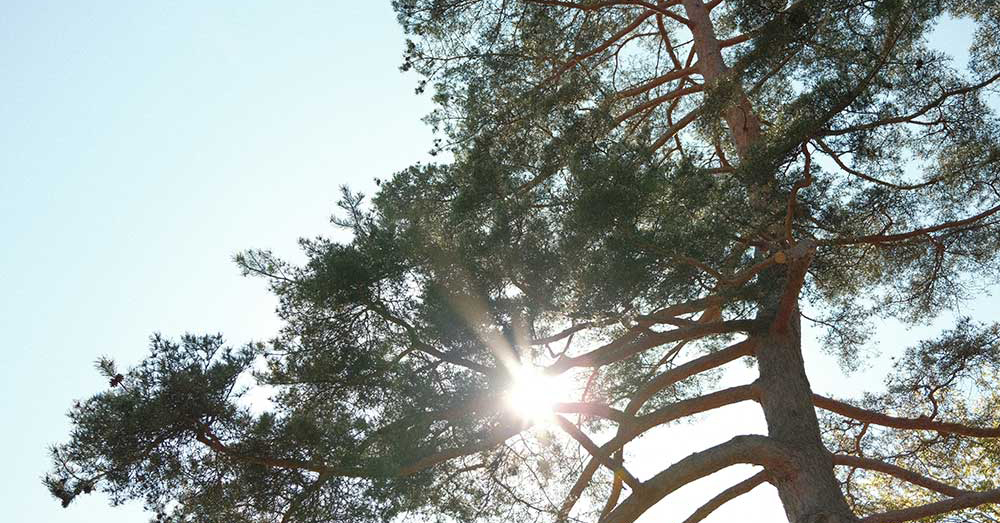 As the thermometer confirms, summer is upon us and many people are preparing to enjoy their favorite fun- in-the-sun activities. However, Texas Tech University Health Sciences Center School of Medicine physicians Michelle Tarbox, M.D., a dermatologist, and Jerry Grimes, M.D., an orthopedic surgeon, said people should plan ahead and enjoy the warm weather intelligently. That includes protecting our skin from the sun’s ultraviolet (UV) rays so we don't suffer for it later by developing an uncomfortable sunburn, which can cause skin irritation, inflammation and peeling, including on our feet. 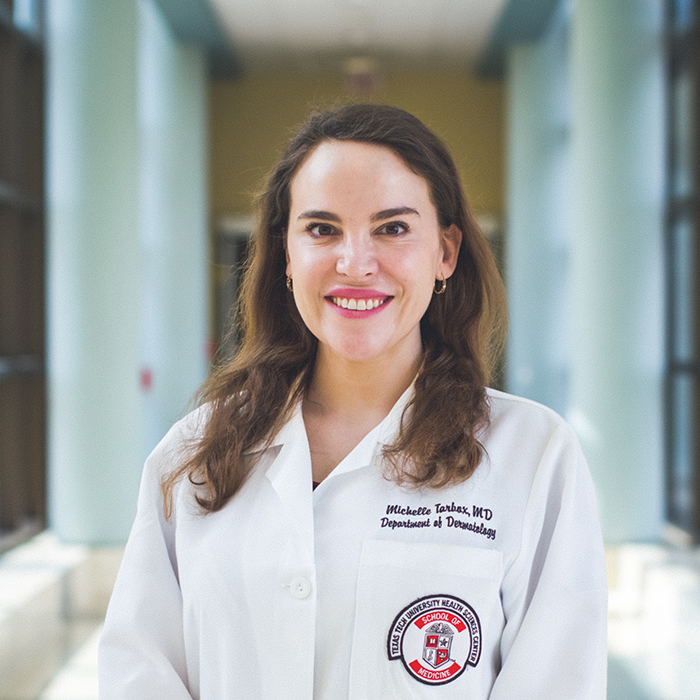 “The more we understand about UV radiation, the more we realize that a lot of the significant damage that happens to our skin comes from the other flavor, if you will, of UV radiation,” Tarbox explained. “We have the UVB, or burning rays that go pretty superficially into the skin, and then we have the UVA, which we now refer to as the aging rays, that go deeper into the skin and can cause damage to deeper levels of tissue that are more important and can potentially even increase the risk of skin cancer more.”

“A tan is actually a marker that you're getting a little bit of sun damage, and you want to protect your skin and decrease the amount of that damage that occurs over the course of your lifetime,” Tarbox stressed.

When selecting a sunscreen, opt for one that works well with your skin. Those who have skin sensitivities should avoid sunscreens that might irritate their skin. For example, if you're sensitive to fragrances, selecting a fragrance-free sunscreen is a good idea. If you're sensitive to chemical sunscreens, a physical sunscreen like a titanium dioxide- or zinc oxide-based sunscreen can be beneficial as well. For people who are concerned about chemical absorption sunscreens, Tarbox said the best products to use are ones that are made for the tiniest people.

“If you're very concerned about chemical absorption, some of the gentlest sunscreens on the market are actually made for children and babies,” Tarbox said. “Those usually don't have a lot of fragrance in them.”

Some people also are concerned about sunscreens that contain benzene. Tarbox said the vast majority of those sunscreen types are sprays and gels, so if you wish to avoid that ingredient, select a different type of sunscreen such as a cream or lotion.

Different terrains and elevations can cause changes in the sun exposure severity. Higher elevations tend to cause more sun exposure, and being on any reflective surface or around water can also increase the amount of UV radiation exposure on one’s skin. Those unique exposures, Tarbox emphasized, require a different strategy.

For example, when hiking in the mountains, focus on the parts of your body that are exposed. That can include a face cover or shade such as a bandana or floppy brimmed hat, lightweight gloves to cover the hands and lightweight, long-sleeved shirts. At the beach, where more people typically have more skin exposed to the sun, one should consider exposure from reflective sources such as the sand and the water that can reflect the UV radiation back to your body.

“You have to be more aggressive with your sun protection in those settings and think about the fact that the water also can help take some of the sunscreen off, so it needs to be reapplied more frequently.”

“The beautiful colors of the summer vegetables and fruits are telling us that they have great pigments that can absorb and detoxify some of the damage that occurs throughout the course of our exposure to damaging molecules called free radicals that are generated from UV radiation exposure,” Tarbox said. “So these beautiful colorful fruits and vegetables enrich our diet, but they also help our body deal with damage.”

Tarbox said a plant called polypodium leucotomos, which is a species of fern that grows along the equator where it has to protect itself from very intense radiation, also can provide protection. People native to that area have used the plant for centuries as a folk medicine. Today it is available in capsule form and is sold as an over-the-counter medicine in various formulations such as a product called Heliocare. Other formulations include Sundots and Sundailies, which are gummies that contain polypodium leucotomos.

“It's very safe medicine; it doesn't interact with other medications in any significant way, it doesn't cause any really significant side effects and it's also being studied for the preservation of memory,” Tarbox added. 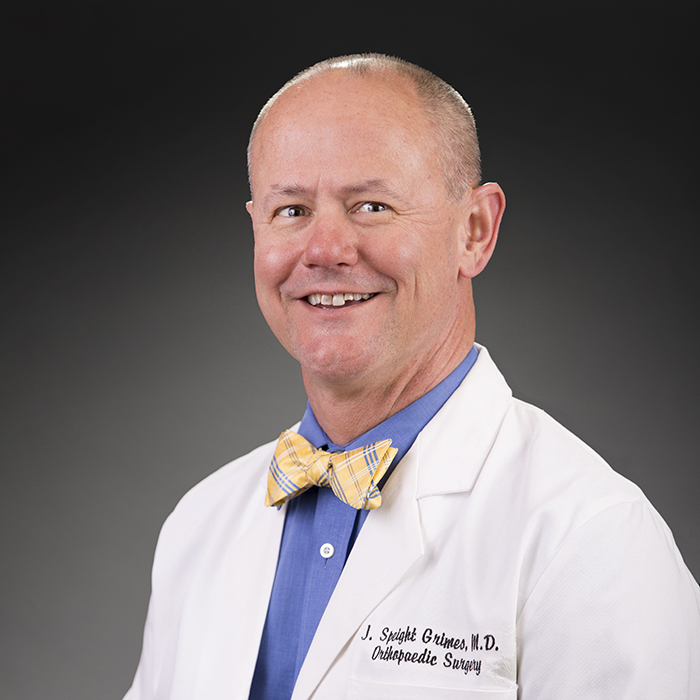 Humans first started using shoes primarily as protection for the sole of the foot, and the earliest shoes were similar to flip flops. We've since evolved to the point where we have shoes that protect our feet for almost every activity, and Grimes said we should always pick a shoe that matches the activity in which we plan to participate.

“When we were young and our feet were really strong, we could get away with this, but as we age and our feet start having problems, flip flops or sandals certainly cannot be a good option for people,” Grimes said. “They're fine for short distances, laying around the pool and things like that, but for many activities, we need the extra support and protection.”

Despite their relative comfort, Grimes said sandals and flip flops also should never be worn when operating any type of moving equipment such as a lawnmower, weed eater or chain saw. The loose straps on the shoes can become caught up in the moving parts or the equipment could kick out an object that could cause severe injury to the foot.

“If you put your foot in a lawnmower, shoes won't protect you from the blade, but a good, well structured shoe can provide good protection from anything that is kicked out and strikes your foot,” Grimes pointed out.

Because we don't really examine our feet on a regular basis, and we often wear shoes that cover them up, these melanomas can go undetected for an extended period of time. In fact, Grimes said melanomas on the foot are more dangerous than anywhere else in the body, probably because we don't notice them.

“It's important that we look at our feet to look for moles that are changing, or otherwise look different than they have elsewhere,” Grimes stressed. “If they do have a mole that looks like it's changing, it needs to be seen by a medical professional. Melanoma on the foot is one of the most dangerous places to have one, and we think it's because of a lack of detection.”

Grimes said sun, wind and water also can dry out the skin and leave us with little cracks in our skin that provide a portal for bacteria to enter our feet and give us an infection.

For that reason, Grimes said it's very important that diabetics protect their feet by wearing enclosed, well- fitted shoes. If there's any type of deformity to the foot, like a callus or a toe that's not straight, it should be seen by somebody who specializes in fitting shoes for diabetics so they get the right shoe that provides them the maximum protection.

“We tell our diabetics they need to inspect the bottom of their foot on a daily basis to look for any damage so we can address it early instead of waiting for it to become a real problem,” Grimes said. “This time of year when people start going around in shoes that are letting their feet be exposed to the world, it's a temptation for diabetics to wear sandals or flip flops or even go barefoot, which are really never approved of by doctors for people with diabetes.”