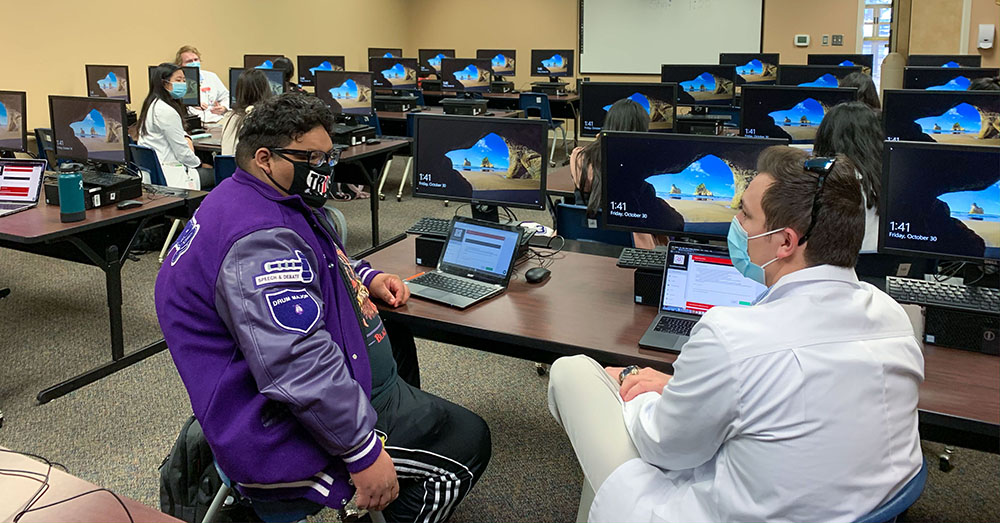 West Texas is dotted with many small communities whose heartbeats can be felt at the family farms, cattle ranches and oil patches that define rural life across the region. Unfortunately, living the rural life in West Texas also means there can be fewer options for some of the most essential goods and services such as health care.

There also are high school students within these communities whose career goals have nothing to do with cotton bales, branding irons or pump jacks. Instead, their dreams are to become doctors, nurses, pharmacists or other health care professionals.

However, Texas Tech University Health Sciences Center (TTUHSC) School of Medicine student Asher George said, these rural students generally lack the required resources, appropriate guidance and experienced role models to understand the course they must start mapping out in high school and then navigate throughout nearly a decade of schooling to ensure their dreams can become a reality. 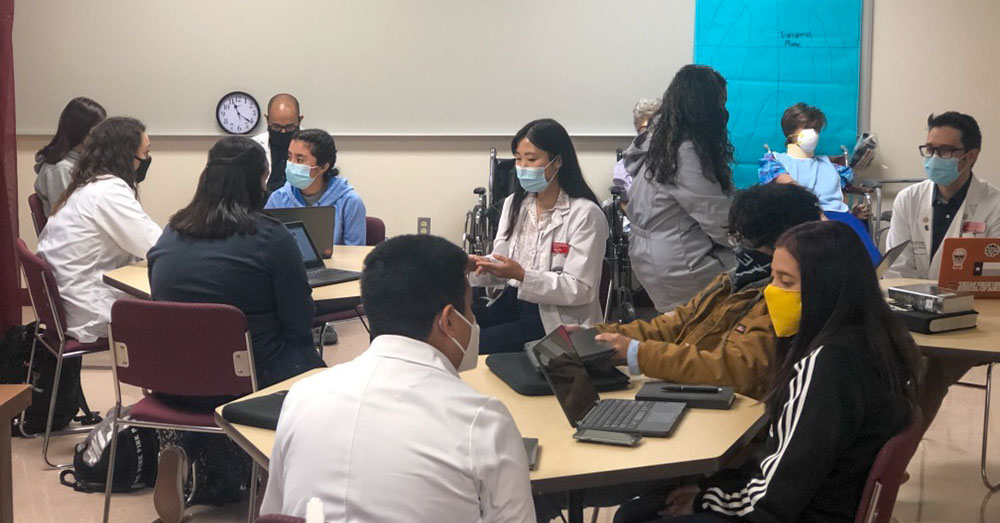 Prior to last summer, George had generally advocated for small communities to “grow” their own health care providers by sending these students through various pipeline programs in middle school and high school. Though many of these programs can help put a student on the path to a specific university’s health care program, they provide little insight into what the student can expect when they arrive. George has served in similar programs as a TTUHSC student.

“We have programs on the TTUHSC medical student side as well as the undergraduate side basically connecting students to each other, such as a medical student to an undergraduate student, but nothing really connecting the health sciences students to a high schooler,” George said. “We’ll see some of these programs that the university will host, whether it’s School of Nursing, the Graduate School of Biomedical Sciences or the School of Medicine, that bring a lot of high school students from the areas to the campus to take a tour, have a meal on campus and meet the dean or a few students. Past that, there's nothing long-term to engage the high school students.” 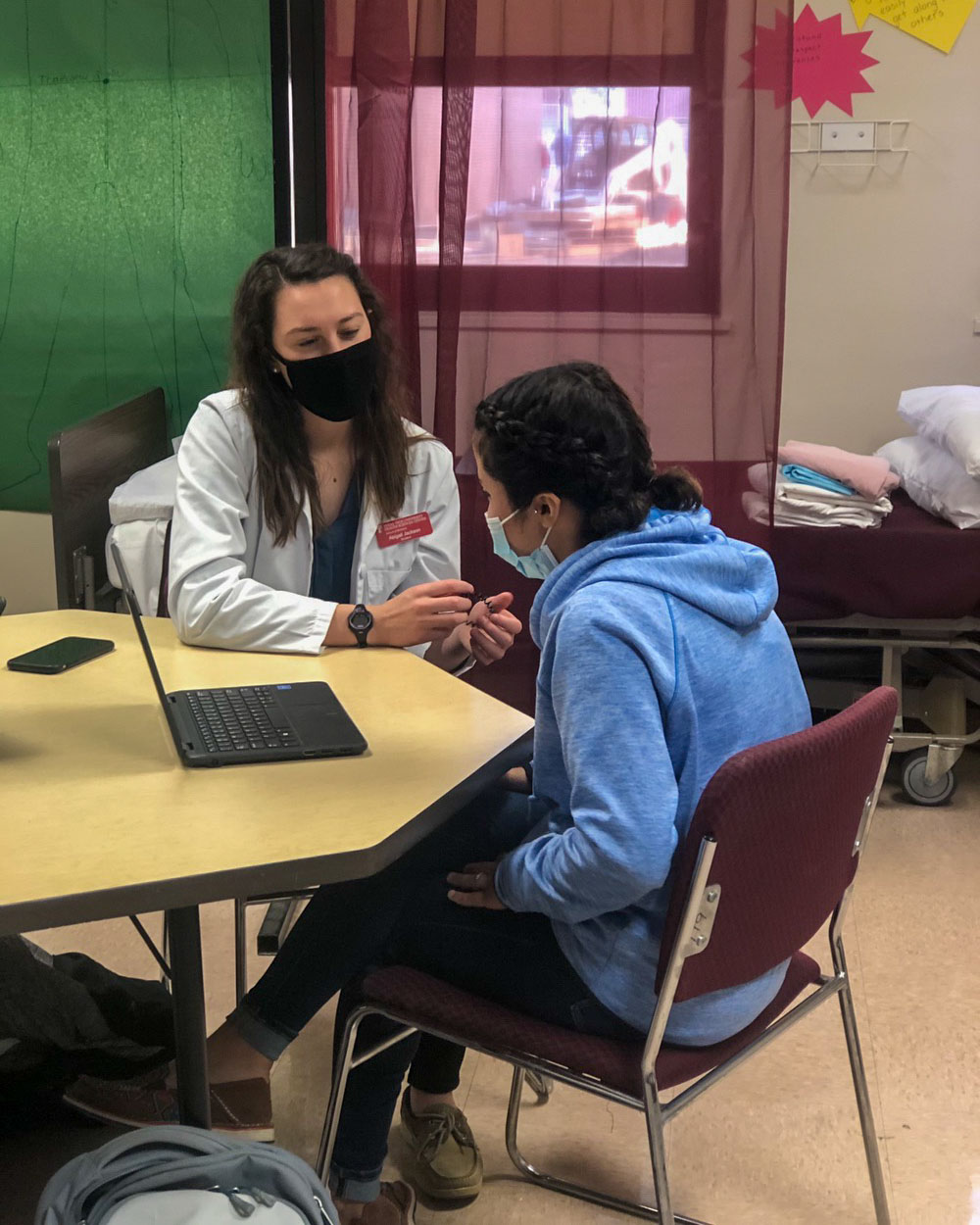 Last summer, George discussed the issue with Adrian Billings, M.D., Ph.D., director of the TTUHSC Permian Basin Alpine Rural Residency Tract and one of George’s preceptors from the Texas Family Medicine Preceptorship Program. After reflecting on that conversation, and based on his own experiences and observations, George began thinking about a better solution. The result was the Rural Student Health Sciences Mentorship Program (RSHSMP).

Following meetings with the School of Medicine’s Admissions Department and West Texas Area Health Education Center (AHEC), George created official mission and vision statements for the program. West Texas AHEC is a component of TTUHSC’s F. Marie Hall Institute for Rural and Community Health whose activities include coordinating pipeline activities to recruit and engage students to enter the health care workforce. West Texas AHEC provides the RSHSMP with website support and some funding, including mileage reimbursements for program mentors who must travel to meet with their mentees at high schools scattered across the region.

As the effort moved forward, George began assembling a team of fellow second-year medical students to serve as coordinators for the program. Their responsibilities would be to facilitate conversations with counselors and teachers at their assigned high school, mobilize the high school student mentees and coordinate monthly in-person or Zoom meetings between mentors and mentees. 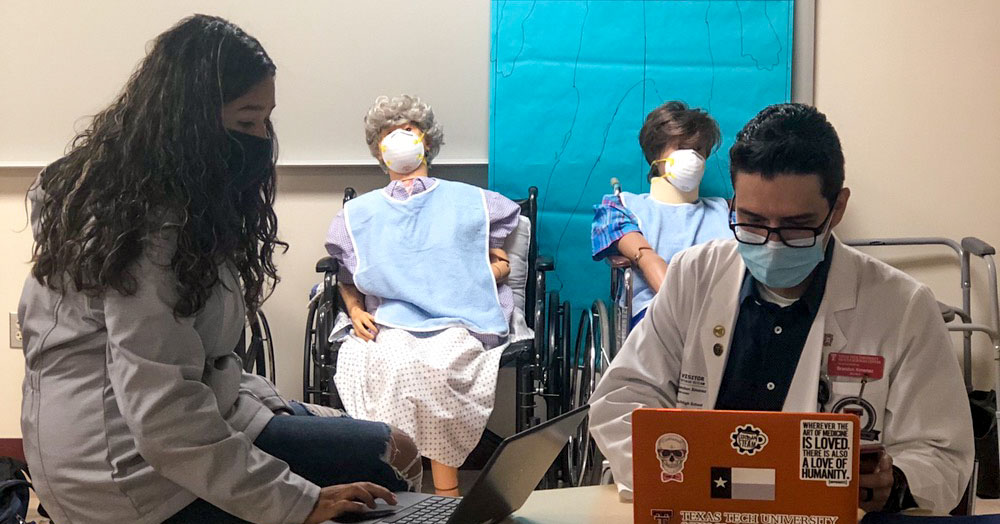 The RSHSMP began as a pilot program for the 2020-2021 academic year with 30 second-year medical students and 30 rural high school mentees. In-person meetings officially began in October and continued monthly until April using a curriculum created by the RSHSMP coordinators for each month that presented a variety of topics and discussion questions for the mentor and mentee to explore. In addition to George, second-year medical students who served as coordinators for the pilot program included Whitney Brantley, Brooke Estes, Hannah Justice White, Dalena Nguyen, Brock Walker and Brandon Ximenez. Participating high schools included Amherst, Bovina, Dimmitt, Idalou, Nazareth, Olton, Petersburg and Plainview.

“Our Nazareth student wasn't sure whether she wanted to be a physician or not, so our medical student mentor had the opportunity to talk with her about all of the different options in the health care field,” Brantley said. “There was a lot of them she just had no idea even existed, which was really cool for a high school student to get that insight before she ever steps foot in college.” 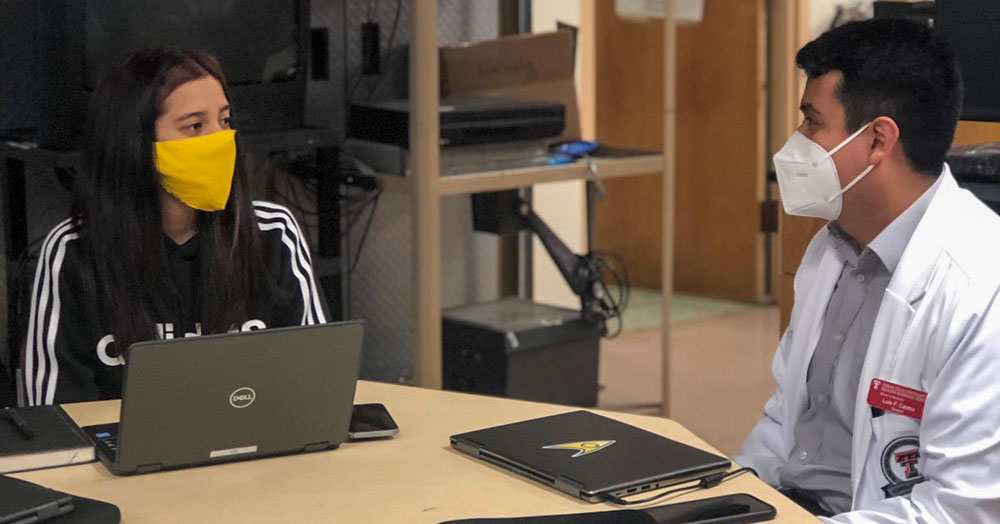 In Olton, Brantley worked with a student similar to herself. The student had no doubt she wanted to be a doctor, but when people start trying to explain things like entrance exams, study materials and other topics and processes associated with medical school, Brantley said the student’s eyes got big because these are things she had never really heard about previously.

“I got to basically just walk her through step-by-step and explain to her these will be things in college that you're going to be approaching in the next few years,” Brantley said. “For me, it was a really cool opportunity because it makes me think back on how much more prepared I would have been for college and medical school if I would have had this program at my rural high school.”

Nguyen served as coordinator for Idalou High School where she helped facilitate the mentoring partnership between TTUHSC second-year medical student, Abbie Raef, and a student named Emily. However, Nguyen said Emily’s teacher was almost as excited about the RSHSMP because she really didn't have any experience with health care or medicine.

“She didn't really know how to guide or direct her students toward medical school, so to have someone who has just gone through it to be able to mentor Emily through that process is something that I think she was really happy to have,” Nguyen said. “She was just really ecstatic because there’s so much that goes into becoming a medical student.” 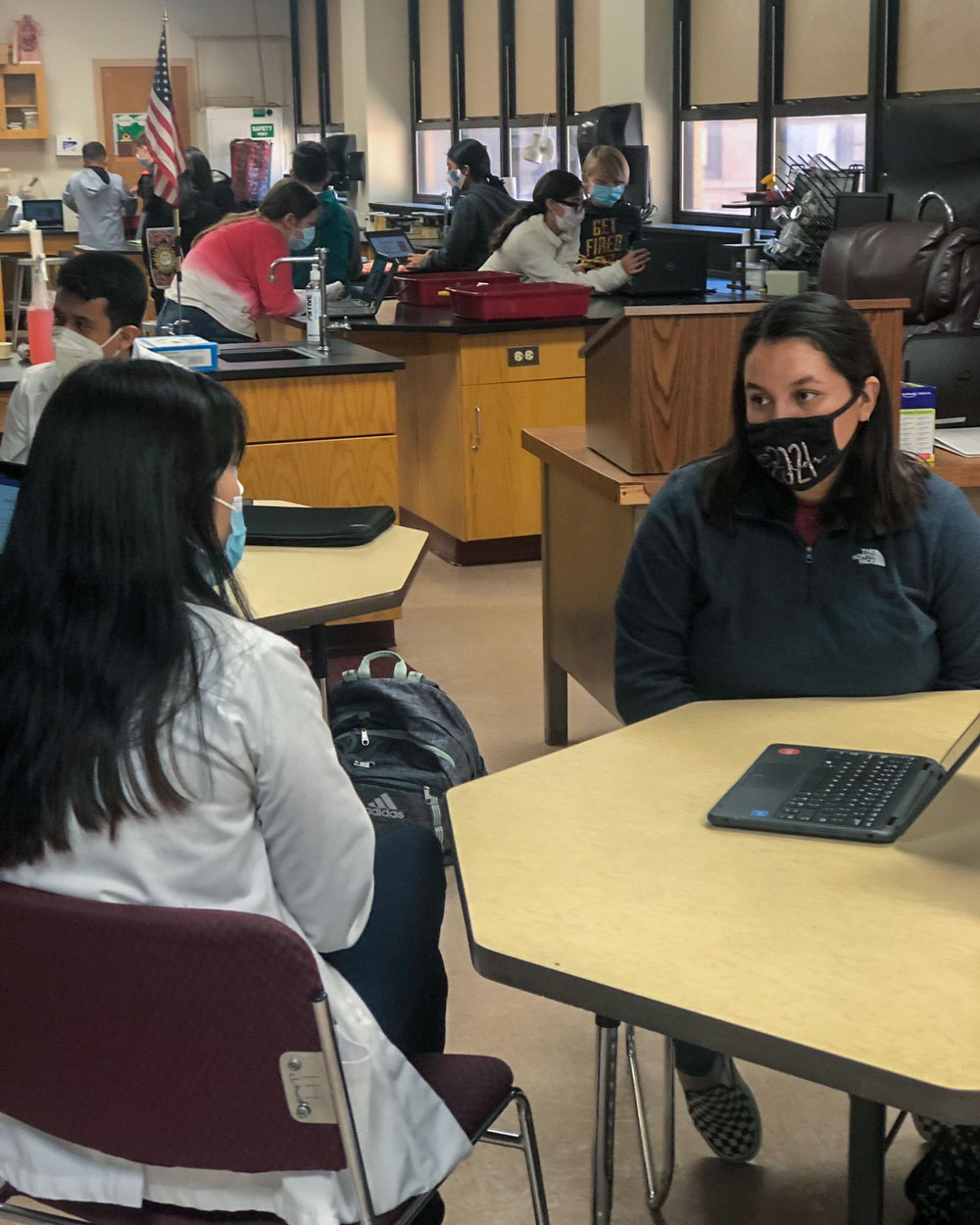 Although the 2020-2021 pilot program included only medical students, George said the plan is to expand the RSHSMP to include all TTUHSC health sciences fields. For instance, he said Chris Williams, director of the West Texas AHEC of the Plains office in Plainview, is working to add a nursing mentorship component to the program.

George said there are no GPA requirements or pre-requisites for high school students to apply for the RSHSMP. Instead, the program seeks high school students who are eager and motivated to pursue a career in health care. They also will continue to rely on AHEC to facilitate the connection to the high schools and then ask the counselors and teachers at those specific schools to reach out to see which of their students are actually interested in medicine and connect them to the program.

After a successful pilot program, George hopes the RSHSMP will continue to expand and attract more rural students to the health care fields and show them a path to giving back to the communities from which they came.

“Many people will drive through the small towns of West Texas on their way to a bigger city and label these towns as nothing more than speed-traps,” George contended. “In doing so, they neglect the self-determination of the citizens of these towns and stymie the dreams of those who have known little outside of their ‘speed trap’ and small-town identity. This program exists to break that script, both for the mentor and the mentee.”