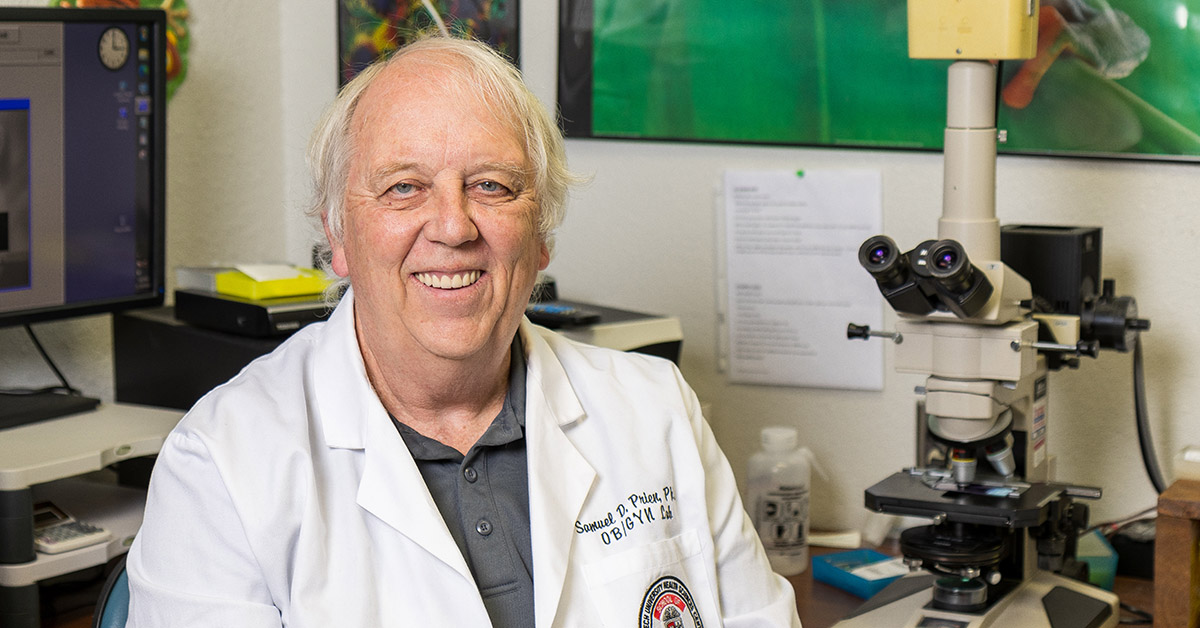 Samuel Prien, Ph.D., professor at the Texas Tech University Health Sciences Center (TTUHSC) School of Medicine Department of Obstetrics and Gynecology and director of the Assisted Reproductive Technologies Laboratory, has been named to the 2021 class of Fellows for the National Academy of Inventors (NAI), the organization announced today (Dec. 7).

The NAI is a member organization comprising of U.S. and international universities and governmental and nonprofit research institutes with more than 4,000 individual inventor members and fellows spanning more than 250 institutions worldwide.

“Dr. Prien’s induction into the NAI Fellows Program illustrates his prolific spirit of innovation and collaboration and perfectly embodies the vision of TTUHSC to transform health care,” said Lance R. McMahon, Ph.D., TTUHSC senior vice president of the Office of Research and Innovation. “I join President Lori Rice-Spearman, Provost Darrin D’Agostino and the entire TTUHSC community to extend our deepest appreciation to Dr. Prien for his unwavering commitment to translating pioneering discoveries into inventions that positively impact the welfare of society.”

Prien becomes the first TTUHSC faculty member and the eighth Texas Tech University (TTU) faculty member named an NAI Fellow. He will be inducted during the NAI Fellows induction ceremony in June.

“I am truly humbled by this recognition,” Prien said. “It recognizes not just me but everyone who has passed through my lab over the last 25 years, where we have tried to improve assisted reproductive techniques for individuals struggling with infertility as well as improve production techniques in animals, making them more accessible to the farmer and rancher and improving their profitability and sustainability as they try to feed a hungry world.”

Prien, also a professor of reproductive physiology and assisted reproduction in the Department of Animal & Food Sciences, housed within the TTU College of Agricultural Sciences & Natural Resources, was elected to the NAI’s inaugural class of senior members in 2019. He currently holds five U.S. patents, 20 international patents and three copyrights. His first U.S. patent was for a method of collecting and preserving semen, a patent that has reached the marketplace via a license agreement between TTU and Reproductive Solutions Inc.

Prien earned his bachelor’s degree (1978) and master’s degree (1980) in botany and his doctorate in animal sciences in 1991, all from TTU. He has held his appointment with TTUHSC since 1992, has served as the director of the Clinical Obstetrics and Gynecology Laboratories at TTUHSC since 2010 and as director of research in the department since 2003.

The NAI Fellows Program highlights academic inventors who have demonstrated a spirit of innovation in creating or facilitating outstanding inventions that have made a tangible impact on quality of life, economic development and the welfare of society. Election to NAI Fellow is the highest professional distinction accorded solely to academic inventors.

Those elected as fellows by the NAI are named inventors on U.S. patents and were nominated by their peers for outstanding contributions to innovation in areas such as patents and licensing, innovative discovery and technology, having a significant impact on society and the support and enhancement of innovation.