System Could Positively Impact Birth Rates for Human, Some Livestock 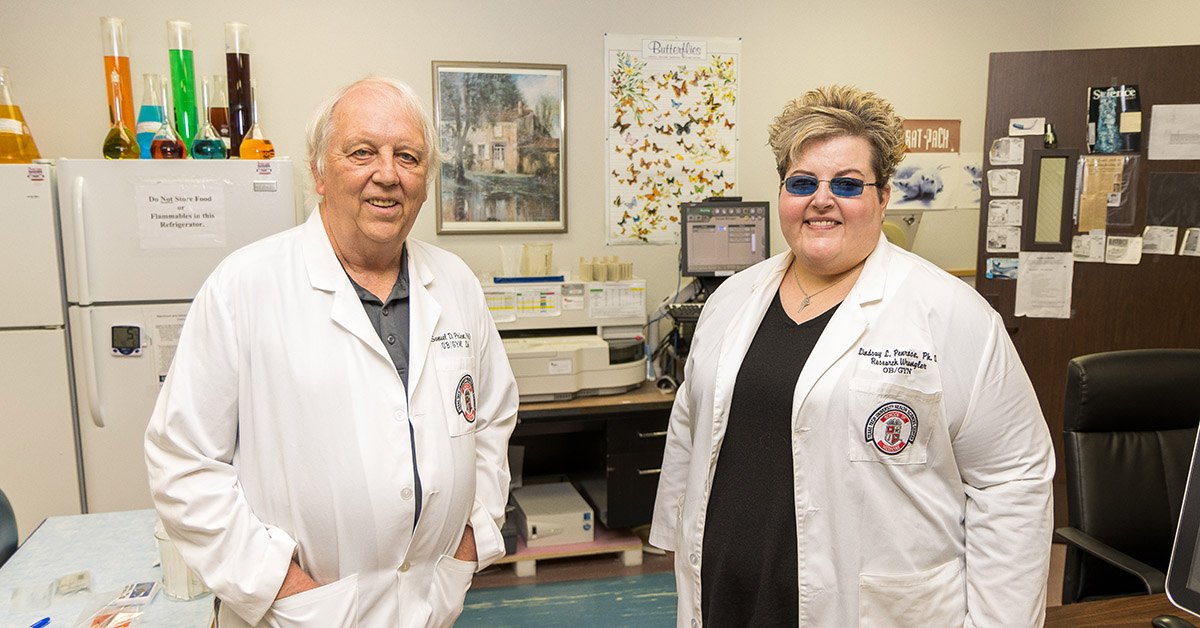 Since 1978 when the first test tube baby was born, in vitro fertilization (IVF) has become a reasonable option for couples that have trouble getting pregnant. Originally developed to help women with obstructed tubes, the Centers for Disease Control and Prevention estimates that as of 2018, assisted reproductive technologies, or ARTs such as IVF account for as many as four million births each year, or approximately 2% of the country’s annual birth rate. These procedures also play an important role in livestock production.

To help make that process more efficient and reliable, Samuel Prien, Ph.D., and Lindsay Penrose, Ph.D., from the Department of Obstetrics and Gynecology at the Texas Tech University Health Sciences Center (TTUHSC) School of Medicine, invented a new a method that selects viable embryos based upon buoyance, an indirect measure of biochemical composition, without any direct sampling or risk to the embryo. To protect this discovery, the Texas Tech Office of Research Commercialization (ORC) filed an initial U.S. patent application in 2016, and a patent was awarded to Prien and Penrose on Nov. 8, 2021. With that patent now issued, the ORC plans to license the commercial rights to use the technology to a business partner who will bring this technology to the market place.

The patented system can determine the viability of an embryo by applying a non-invasive grading of early stage embryos based upon their specific gravity, density and/or estimated weight. 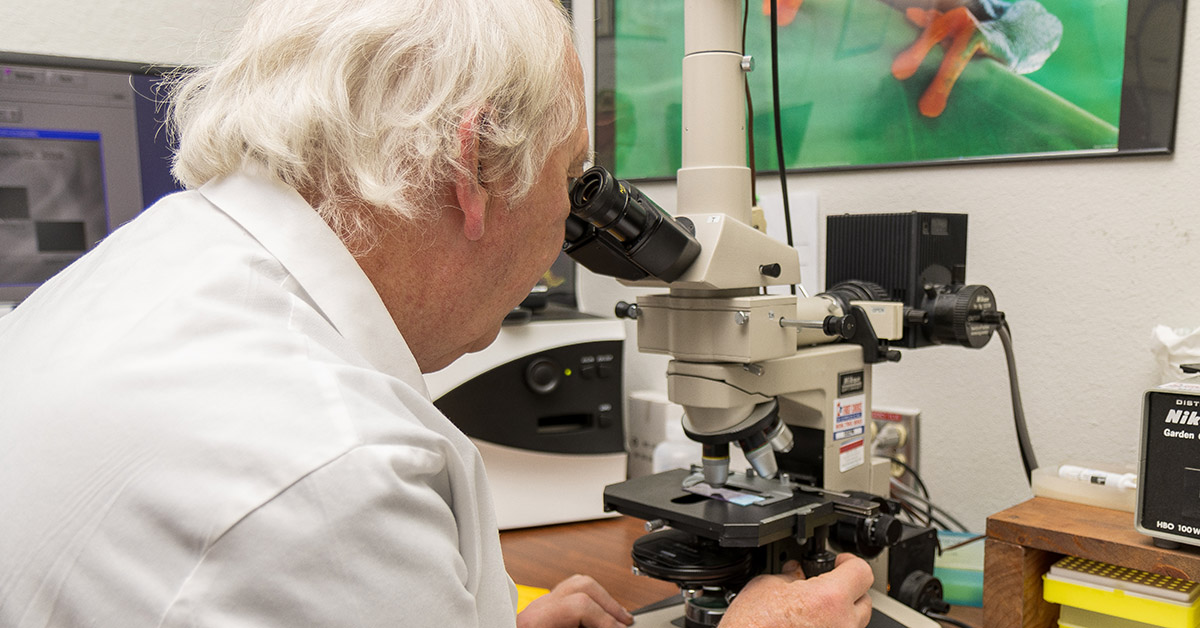 “Our device is based upon a very simple concept of buoyancy,” Prien said. “The healthy embryo should have a certain kind of chemistry and so much fluid content, so if you put it in a buoyancy chamber, it should drop at a given rate. If it's not healthy, it should either drop faster or slower.”

Prien, who also serves as director of assisted reproductive technologies and the ART laboratory at TTUHSC, said currently the selection of viable embryos primarily is achieved by sight: the embryologist looks at the morphology, or outside appearance of the embryo and then selects those they judge to have the best chance for producing a pregnancy.

“It’s a decent marker for which embryos are healthy and which are not,” Prien said. “Everybody's been looking for the last 20 years at having some other way of judging an embryo.”

There are other techniques being used, including one called preimplantation genetic testing. It involves harvesting part of the embryo with a laser and performing genetic testing. Prien described it as a risky procedure that can damage or destroy the embryo, which happens to approximately 10% of the embryos that undergo the procedure.

“If somebody has a really bad technique, it can be worse than that, we were trying to find something where the risk to the embryos was going to be absolutely minimal because sometimes you're talking about a patient that may only have three embryos,” Prien said. “The holy grail of what we've been trying to do is come up with a way of evaluating the embryo non-invasively so that we're not doing anything to the embryo; we're just getting back an answer.”

Prien said the system he and Penrose are developing recovers 100% of the embryos and is between 90-100% accurate in selecting viable embryos. The system also can detect differences in growth potential at the earliest stages of development. It supports a wide variety of scenarios for human and animal reproductive technologies and related products and services.

“We collected all that data, and after you train somebody, nobody's going to lose an embryo through this device,” Prien said. “If they do lose an embryo, it’ll be due to carelessness on their part, not because the device is causing any issues. And when you're dealing with human embryos, obviously that's very important.” 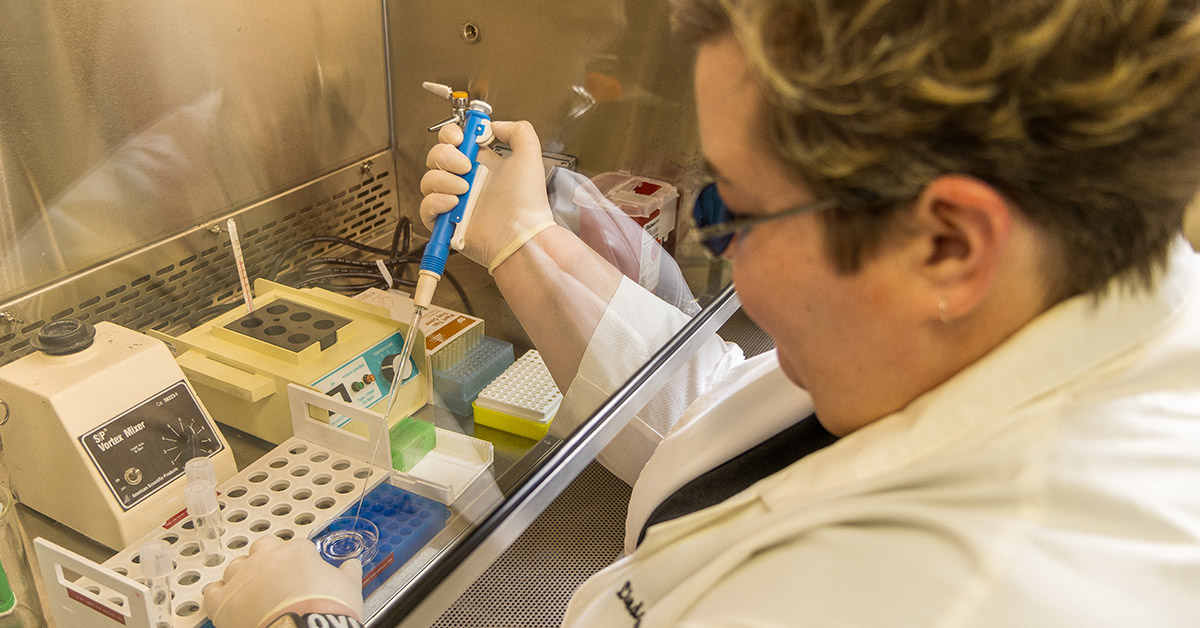 Penrose said the technique is very gentle; because the embryos are always exposed to the same media in which they’re cultured, they are not damaged in any way. In addition, invasive techniques such as preimplantation genetic testing only evaluate genetics, whereas the Prien-Penrose devise evaluates which embryos are in the best position, biochemically speaking, to produce a pregnancy. For instance, they found that the pregnancy rates for Jersey cows were lower than those for other cattle because Jersey cows have more lipids, or fat content in their embryos, which makes them more difficult to freeze.

“Being able to look at things like how much lipid is in this embryo or how much protein is in that embryo is really a novel thing that nobody in the field really looks at,” Penrose continued. “I think that our system will find its place in the field, it's just a matter of when is that going to be.”

When it comes to helping human couples conceive, Penrose said one of the goals is to reduce the chances of multiple births, which is one of the characteristics of IVF.

“We are shooting for one healthy baby; that’s what we're looking for in the field,” Penrose said.

Because there are many variables involved in pregnancy, it is unlikely that a method to guarantee a pregnancy will ever be available. However, Penrose believes this system will improve the odds of a couple taking home a healthy baby.

“The national average success rate for IVF right now is 45%, so any improvement is a great improvement,” Penrose asserted. “We like to say in the field that there's a lot of art in the ART; it's a lot of instinct and skill and, frankly, a lot of luck to pick the right embryo and transplant it at the right time. Being able to take what's been a very subjective process of just the gut instinct of the embryologist and actually providing some data, some information that has never been available before is a real step forward.”

This work represents Penrose’s second and Prien’s fifth awarded patents. One of Prien’s earlier patents, a device for improved semen collection – which aids on the male side of fertility – is currently in the marketplace under a licensing agreement with Reproductive Solutions, Inc.