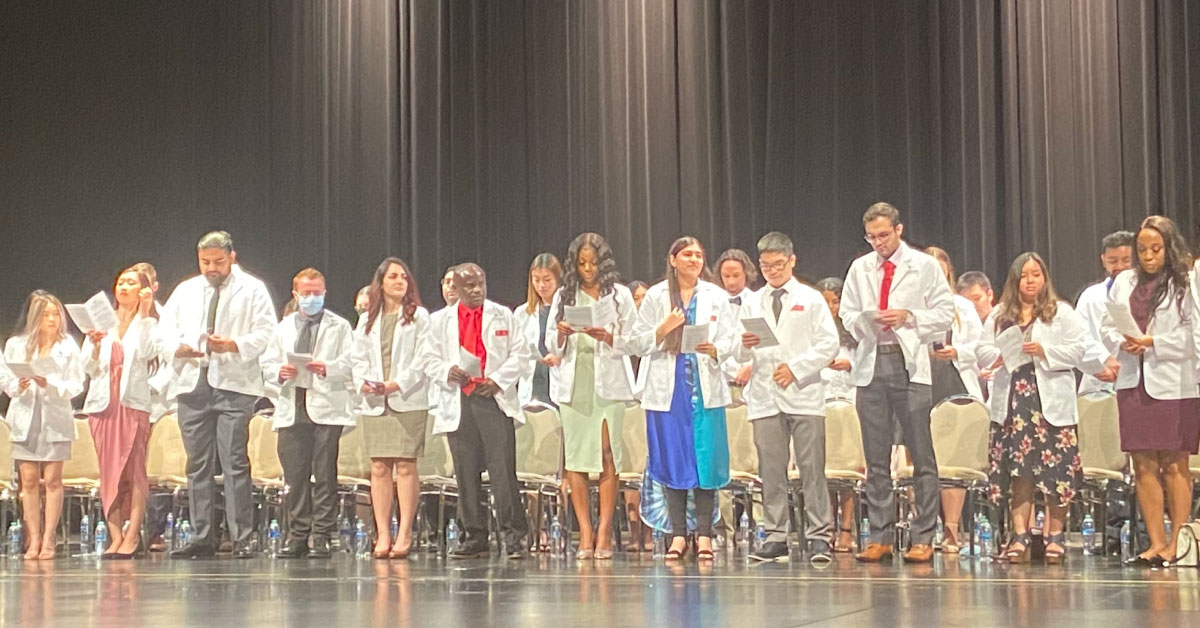 Incoming first-year and returning second-year students whose ceremony was postponed last year due to the pandemic officially were welcomed to the Texas Tech University Health Sciences Center (TTUHSC) Jerry H. Hodge School of Pharmacy campus in Dallas Aug. 7 at the school’s annual White Coat Ceremony. The event was held at the Black Academy of Arts and Letters.

TTUHSC’s Dallas pharmacy program includes two campus locations. Didactic classroom teaching and the campus pharmacology laboratory activities are conducted at the Dallas campus, located inside the Southwest Professional Building on Forest Park Road across from UT Southwestern. Students also receive instruction and clinical training at the school’s original location on the grounds of the VA North Texas Health Care System and via a video linkage system currently used for the school’s Pharm.D. program students in Amarillo, Abilene and Lubbock.“The White Coat Ceremony is a welcoming into the profession,” Dallas Regional Dean Steven Pass, Pharm.D., said. “It is incredibly meaningful to the students as the symbolic beginning of their Pharm.D. program, and being able to hold it for the students and their families is invaluable.” 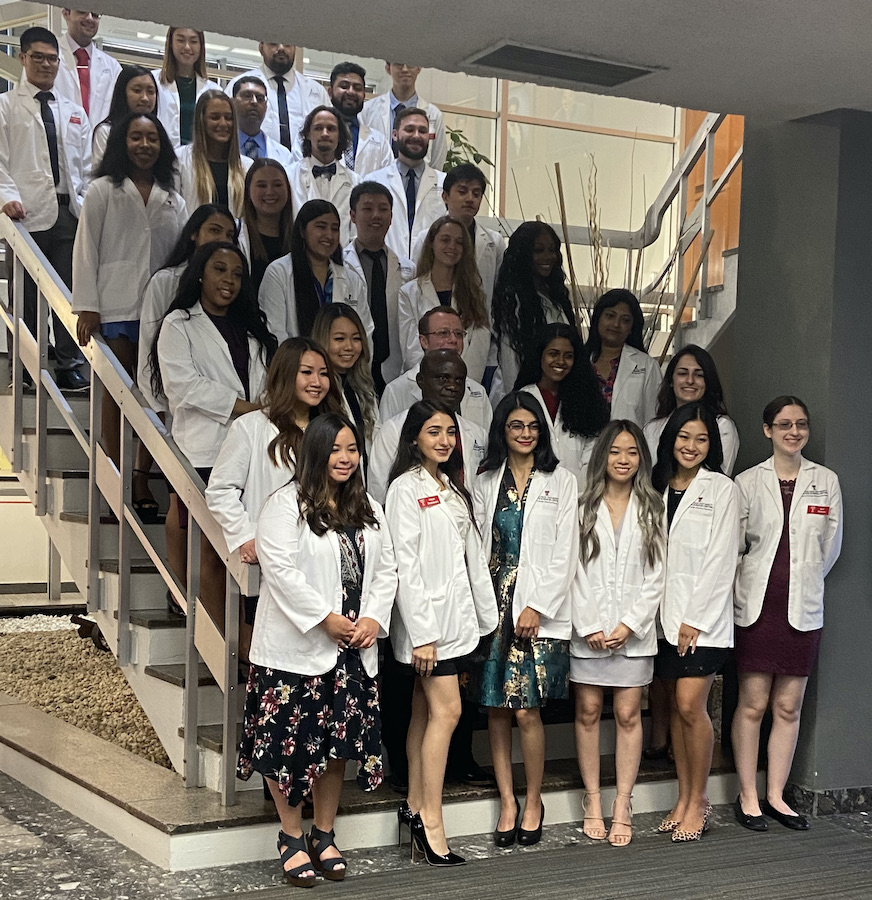 By offering all four years of its Pharm.D. program in the Metroplex, TTUHSC has positioned itself to better meet the pharmacy demands in Texas, particularly those of the western and northern areas of the state. In addition, roughly half of TTUHSC’s School of Pharmacy enrollment has historically come from Dallas and the surrounding areas of North Texas. By bringing all four years of its program to the Metroplex, some of those students now have the opportunity to earn their pharmacy degree from TTUHSC while remaining closer to home.

The TTUHSC School of Pharmacy currently partners with more than 240 Dallas hospitals, clinics and community pharmacies to deliver clinical training to its third- and fourth-year students. The Dallas campus boasts the highest percentage of advanced experiential clerkships within the school’s overall program, which includes its home campus in Amarillo and additional campuses in Abilene and Lubbock.The TTUHSC School of Pharmacy consistently ranks among the top third of the country’s 140-plus accredited pharmacy programs and is recognized nationally for the quality of its clinical training program. Its students receive more clinical training hours than do students at any other pharmacy school in Texas and almost every other pharmacy school in the country.

The TTUHSC School of Pharmacy initiated its two-year Dallas pharmacy program in 1999 to accommodate the clinical pharmacy education objectives that are central to the third and fourth years of its Pharm.D. program. In 2002, the school established its first permanent Dallas home on the VA North Texas Health Care System grounds, and six years later, expanded its program facilities to the Southwest Professional Building inside the Dallas Medical District.