Clearing up Misconceptions About Autism 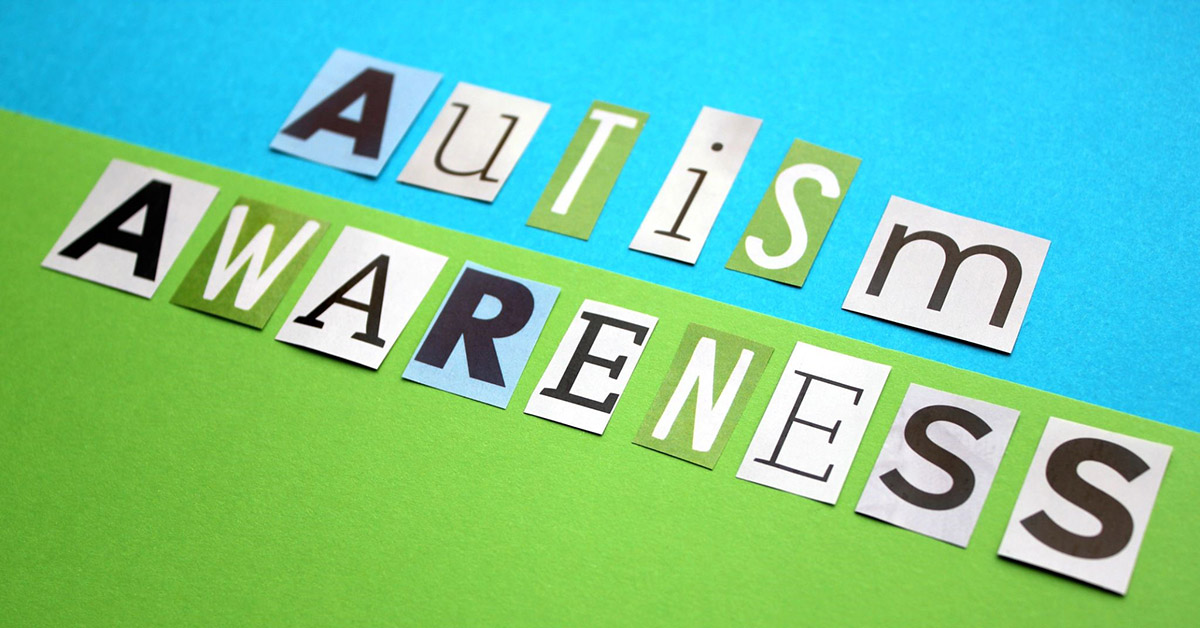 In recognition of Autism Awareness Day, we sat down with Sherry Sancibrian, Director of the Master of Science in Speech-Language Pathology Program, to help us better understand autism and clear up common misconceptions the general public still has about ASD (autism spectrum disorder).

Sancibrian has seen the understanding of autism grow immensely in her four decades of treating patients.

“Forty years ago, we thought autism and intellectual disability went hand in hand,” she says. But as a therapist, she has seen the differences between the two.

“There are people on the spectrum who have normal, average and above average intelligence,” she explains. This means that autism is not necessarily an indicator of intellectual ability.

Another common misconception about autism is that people on the spectrum have no desire for social interaction.

“That’s not a fair blanket statement,” she says. She spends most of her time working with patients on social skills and confidence, and she notes that many people with autism truly want friendships and partner relationships. They want these special bonds, but, for them, it’s difficult to make the connections, and she works with them on these particular skill sets.

Much controversy surrounds the causes of autism, specifically the use of immunizations. Sancibrian is quick to point out that the research used to make that claim was later discredited.

“I don’t recommend Facebook as the place to learn how you should raise your children,” she says. “We’ve had horrible theories about autism proposed over the years.

“We have evidence that autism has a multifactorial etiology,” she continues. This means that there are probably several factors that contribute to a diagnosis. These can range from family history, genetic changes and environmental factors.

One of the worst misconceptions is that “bad parenting” leads to autism.

“This misinformation affects our families of loved ones with autism,” she warns.

Who Is At Risk of Developing Autism?

Sancibrian says that the highest-risk category for developing autism are children born into a family with an autistic child. The risk has historically been higher for boys than for girls, but Sancibrian notes this may be due to girls’ ability to adapt from a young age.

“Girls' brains with autism function more like typical male brains,” she says. She envisions a future where providers are more aware of how girls exhibit autism.

“We know that people in poverty and from minority groups are less likely to seek treatment for many things, including autism,” Sancibrian says.

She believes that the pressure shouldn’t all be placed on family members to recognize the signs.

“Daycare providers, pediatricians and teachers are involved in a child’s life, and everybody needs to know more about the early signs so they can be identified and intervention can be started,” she says.

Autism and the Neurodiversity Movement

The continued neurodiversity movement aims to change views of autism, framing it as a brain difference rather than a disorder, Sancibrian explains. She is adamant that her goal as a speech-language pathologist is not to change a person with autism.

“I’d like to help by teaching you things so relating to other people isn’t so stressful,” she says. “There are some wonderful things about the patients I treat that I would never want to change.”

The goal is to ease their struggle and make life easier, she says.

Support and Treatment for Autism

Sancibrian stresses that acceptance is the key for dealing with autism.

“Accept and appreciate the great quirkiness of your family member with autism,” she recommends. She sees an important middle ground between treatment of autism and neurodiversity.

“I don’t want to change the way they see things,” she says. The key is helping those on the spectrum by supporting them in the areas where they struggle. “We don’t want to make anybody ‘typical,’ because what is ‘typical’ anyway?”

Each person on the spectrum is an individual with specific needs, she says. An acceptance of the condition is the first step in finding what struggles need to be addressed, be they social, educational or vocational.

Regarding treatments for autism, Sancibrian says, “Families need to be cautious because the internet always has the latest, greatest thing, and it’s often not real.” There are many treatments for autism circulating, so many that it can become overwhelming. Sancibrian warns that many autism treatments are unproven and not worth sinking time and money into. What has been proven conclusively is that behavioral treatments; speech and language therapy; and social skills intervention bring the most necessary change.

Early intervention is the best approach, she says.

“We have great screening tools that can be used at an early age,” Sancibrian says. “It makes such a difference if we can intervene with a 2-year-old versus a 6-year-old. If we can help a 2-year-old have more social interactions, that builds pathways in their brain, and that can change everything for that child.”

Early Intervention is Key With Autism

Oftentimes, an impediment to autism diagnosis is economic. Sancibrian recommends people look into the resources available through the Early Childhood Intervention Program, which is federally funded and serves children from birth to age 3.

“Families should never let a lack of resources hold them back from asking for help,” she says. “Ask lots of questions, and make sure you’re working with a trained, licensed professional.”