The Babel Fish of Abilene

How Thaddee Uwimana Helps A Community 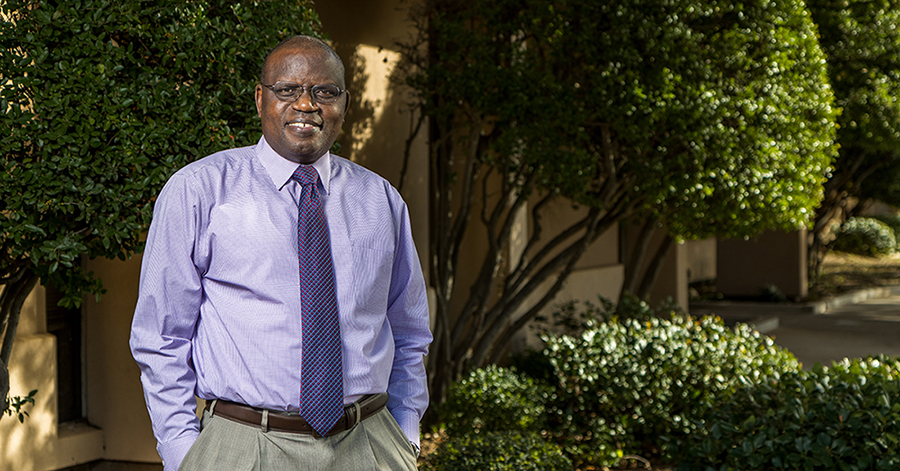 Think about the necessary skills associated with the medical field: well-versed in science, handling intense pressure and being adaptable. Now add to that: effective communication. Thaddee Uwimana, FPN, typifies how that latter skill has a profound impact on the well-being of patients.

Uwimana is originally from Central East Africa and moved to the United States in the mid-1990s. He said he made the move, in part, because of the Rwandan Genocide.

“Rwanda genocide is sometimes indescribable,” said Uwimana. “Most of my family members were killed during the genocide. I personally survived many murder attempts.  I was working for International Committee of Red Cross. My family has been displaced in the country many times before fleeing outside of the country in refugee camps. What my family has been through is unimaginable.”

According to the American Journal of International Law, the Rwanda genocide resulted in the deaths of approximately 70% of the Tutsi population in Rwanda. Uwimana and his family fled Africa after living in a refugee camp for two years. They eventually made their way to Abilene, Texas, where Uwimana is currently working as a nurse at TTUHSC’s Abilene Community Health Clinic.

“You cannot be a refugee in your own country,” Uwimana began. “If you go into a country, you have to speak the language. For example, before I even came here I was in West Africa’s Ivory Coast, and they speak French there. I had to learn the language because I was working with the population. I feel like I had to learn everything so I can really connect with people. Even now, if I am going to China, I am going to learn Chinese.”

His willingness to learn gave Uwimana an advantage at the clinic. Abilene, has a large refugee population thanks to International Rescue Committee efforts in the city to help asylum seekers and other types of immigrants have a chance at a new life. By being multilingual, especially in African languages, Uwimana has been a valuable provider of health care and communication to African refugee patients. Uwimana said that he has used his multiple communication skills constantly and that he wishes this was something he could have experienced when he was getting treatment with his family.

“I remember when I had to go to Dallas for my son’s open-heart surgery,” said Uwimana. “I had to have an interpreter, but if somebody on the medical team was able to speak my language, it would have been very exciting. It’s better to take care of somebody when you can speak their language. There are some words that we don’t have in English; there’s some words in English that don’t have meaning in other languages.”

Polyglots provide efficiency to the dialogue between the patients and medical staffs. As Uwimana showed, there is also an emotional benefit that gives patients a reassurance when talking about their health to nurses and doctors.

“There was one elderly woman who was extremely surprised or excited to see a doctor who can speak her language. It took me one hour with her because she was telling me everything and anything she never talked before with other providers. There is another patient where she was on phone with her friend because she was ready for her to interpret on phone. When I told her that she does not need an interpreter she said, ‘What? Do you speak French?’ When I said I did, she gasped, ‘Whoaaa!’ and hung up on her friend.”

During the COVID-19 pandemic, Uwimana said his routine of unwinding after work has become a tactful process of deep cleaning. His wife, who works as a nurse’s aide in a local hospital, follows the same procedure.

“We got a protocol,” said Uwimana. “Like we used to get everything in the garage and then put them in the washing machine immediately. We have sanitizers. We have wipes. Our children know they should probably stay away from us for a little bit. Maybe after we shower we can talk to them or whatever. It's always different with your family. Yeah, the distance from your kids is very hard, so we take it day by day.”

“This is a serious virus,” Uwimana added. “It is absolutely deadly. And it is not just about protecting yourself; it is also protecting other people.”