A Tale of Hardship and Hope 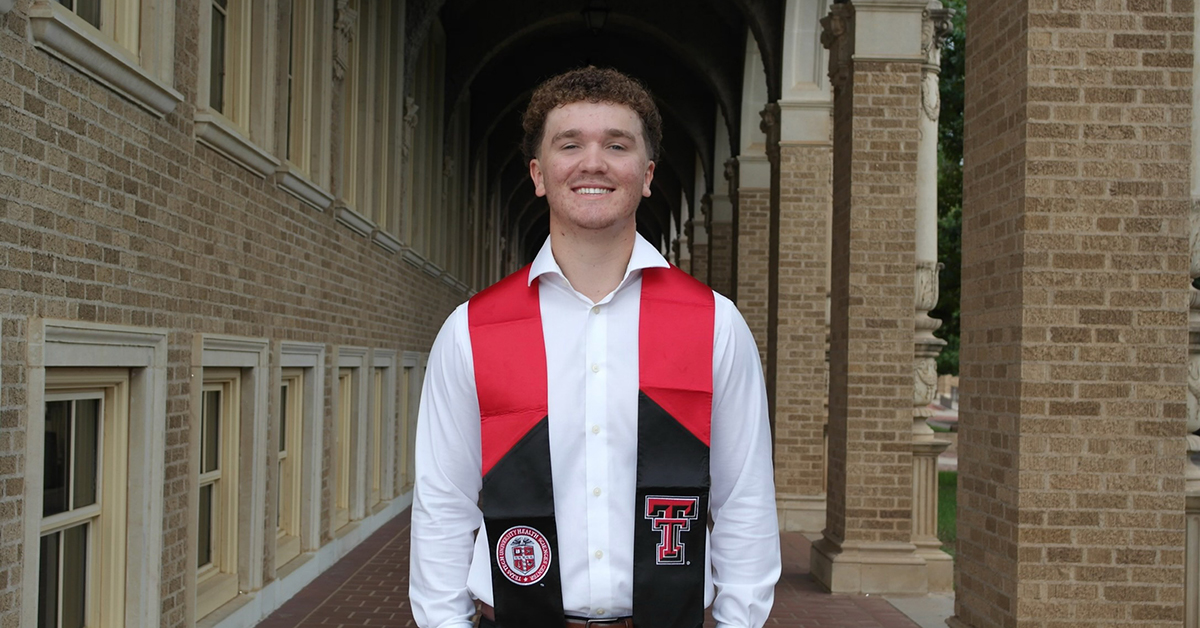 Texas Tech University Health Sciences Center (TTUHSC) School of Nursing graduate JC Southard’s new position at Methodist Dallas Medical Center is more than just a way to pay the bills. For Southard, it was the very hospital where his motivation to work in health care was born.

In 1994, Southard’s father was diagnosed with Glomerulonephritis, causing his kidneys to fail within the year. After being on dialysis three days a week, a kidney transplant in 1996 gave him 11 healthy years, within which he was able to continue his career as an elementary school principal and have two more children of his own.

“We lived an amazing childhood because of the love he had for us,” Southard said of his father.

In June 2008, Southard’s father had a splenic artery aneurysm, which sent him to the ICU in Denton, Texas. After four weeks on a ventilator, Southard’s father was transferred to Methodist Dallas where he ultimately had to have his spleen, gallbladder and half of his gangrenous pancreas removed. While these crucial surgeries were life-saving, Southard explained that after the long and difficult process, his father had to learn to walk again and regain his mobility.

“He was in the hospital from June to December 2008,” said Southard. “They were the longest months of my life.”

Throughout the time Southard’s father spent at Methodist Dallas Medical Center, Southard personally experienced how a team of health care workers can change the lives of patients and their families.

“Methodist Dallas was a huge part of my dad and my family’s life growing up,” said Southard. “I witnessed firsthand how much pain my dad was going through and how unmotivated he was on any given day. These nurses would come into the room and just help him find that motivation. They would help him see the light at the end of the tunnel.”

According to Southard, it was his father’s battle with transplants and its effect on his daily life that inspired Southard to pursue a career in nursing.

“My dad went from living in very bad shape before his first transplant to living a very abundant and full life,” Southard said. “After he received his transplant, he still stayed in touch with the nurses and doctors that took care of him. I also want to be a part of that--I want to be able to make an impact like that on every single one of my patients.”

While the time spent at the hospital granted Southard’s father memorable years with their family, his transplanted kidney failed about two years later. After years of medical hardships including prostate cancer, dialysis and many surgeries, Southard’s father passed away in June of 2013. Despite this enormous loss, Southard’s enthusiasm for patient care never faltered.

“My dad’s story and medical history has no doubt helped make me into the man I am today,” said Southard. “My dad was in and out of the hospital more than half of my life so I grew up being around nurses and doctors. Seeing the way they could flip my dad’s attitude and help him find motivation when he had none really started a passion inside me that has only grown stronger.”

After graduation from the TTUHSC School of Nursing in August of this year, Southard announced that he had accepted a job offer to work at the Transplant Unit at Methodist Dallas Medical Center--on the very floor where his father received life-saving surgery. In fact, many of the health care workers who were there for his father still work there today.

“I’m going to be working alongside the same nurses and doctors that saved my dad’s life and helped him get through the hardest part of his life,” Southard said. “I am insanely blessed to be able to call them my colleagues.”

Even though his father has passed on, Southard cites his dad’s compassionate spirit as a driving force in his life.

“During the entire time he was battling medical problems, he was still an elementary school principal… No matter what struggle he was going through that day, he would make sure you knew that you were loved and being taken care of. That includes family, friends, coworkers and students,” Southard said of his father. “He never put himself before anyone.”