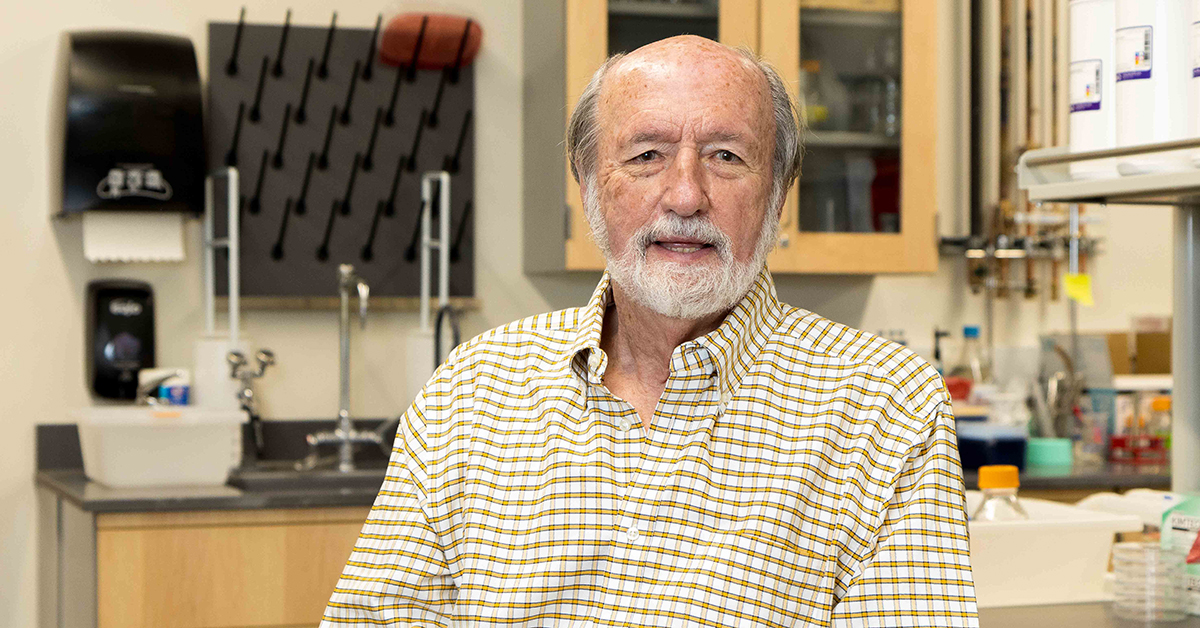 One of the enduring images of the COVID-19 pandemic will be that of the SARS-CoV-2 virus with its numerous and distinctive prong-like appendages. Each of these members of the coronavirus family has approximately 160 of the appendages, known as spike proteins, which are composed of three identical intertwined proteins. These spike proteins are the means by which the virus binds to and invades human cells.

Scientists in laboratories across the country and throughout the world are investigating myriad drugs, therapies and vaccines to thwart the COVID-19 spread. One of those scientists is Ted Reid, Ph.D., a professor in the Texas Tech University Health Sciences Center (TTUHSC) Department of Ophthalmology and Visual Sciences who specializes in selenium research.

Reid heads a TTUHSC team that includes Joe Fralick, Ph.D., Olof Sundin, Ph.D., Phat Tran, Ph.D. and Nicolas Bergfeld, M.D. They have filed a U.S. patent for a novel peptide that uses selenium as a catalyst to target vulnerable areas of coronaviruses, including COVID-19. Peptides are short chains or sequences of amino acids that make up proteins. 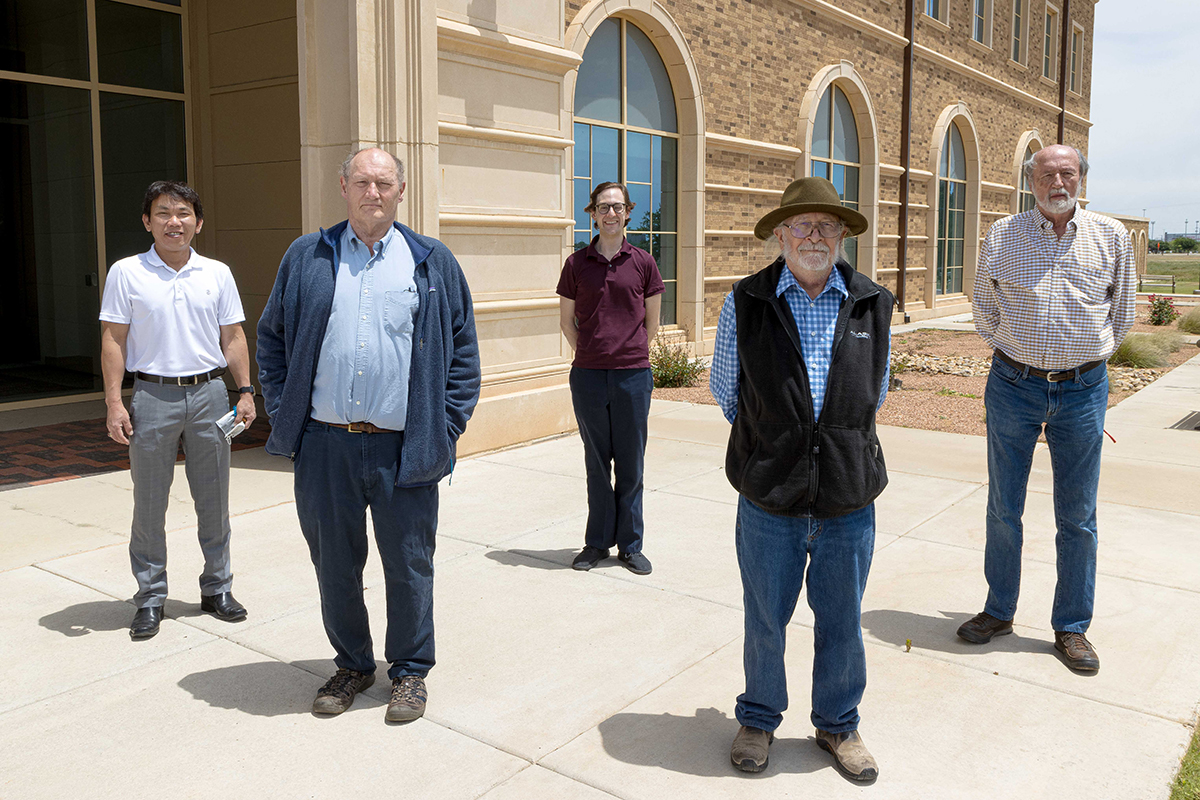 To develop their approach, the Reid team looked at a peptide first characterized in China and studied further by other groups, including one from the Massachusetts Institute of Technology (MIT). The MIT scientists measured the binding of the peptide to the cap, or end of a spike protein, thus demonstrating its potential for blocking the virus’s ability to bind to a human cell. Though promising, Reid said the blocking process is complicated by several factors.

“Even if you bind to 100 of them, you still have 60 left to bind to the human cell,” Reid said. “Once the spike protein binds it's all over because they're not going to come off; they're going to fuse with the membrane and affect the cell. So just binding to this spike protein, that's good, but it's not the whole story.”

Rather than trying to block each spike protein, the Reid team attached selenium to the previously sequenced peptide to create a novel peptide that inactivates the virus. Once their peptide nears the virus membrane, the selenium becomes the catalyst for a reaction that changes glutathione, a compound present in the bloodstream and most bodily fluids like saliva, tears and sweat.

To achieve the reaction, Reid said the selenium takes the electron from glutathione and then donates it to oxygen to create what is known as a superoxide. The superoxide then attacks, or oxidizes the virus cell membrane. With its membrane ruptured, the virus is inactivated and can no longer bind to human cells.

Like the peptide researched at MIT, Reid’s peptide also breaks away, but the damage to the virus has already been completed. Because the body continually produces glutathione, the peptide can move to another virus cell where the selenium-glutathione reaction is repeated. As long as the selenium is attached, the peptide repeats the process over and over again.

Because it is armed with selenium, Reid said his peptide doesn’t need to bind tightly or for a long period of time to create the reaction that inactivates the virus. It also can be targeted to bind at a very specific chain of amino acids on the virus’s spike protein where mutation doesn’t occur.

“It doesn't matter where our peptide binds because it has selenium attached to it,” Reid explained. “Once it gets anywhere near the virus cell, then it can cause this rupture, or this deformation in the membrane, which blocks the ability of the virus to impact the human cell.” 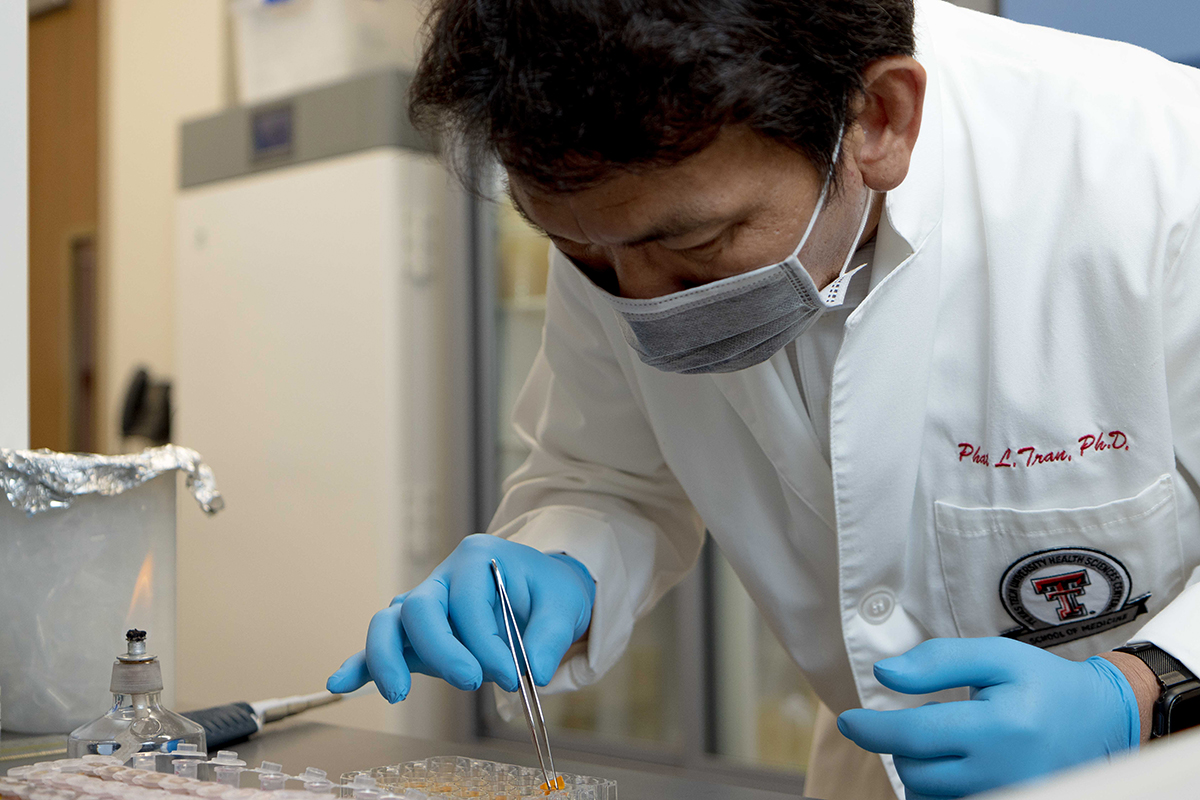 Reid said the drug his team is developing using the selenium peptide likely would be delivered through an inhaler. This will allow the drug to immediately enter blood vessels in the lungs, which are particularly susceptible to COVID-19 damage. He said each dose will contain approximately 20 micrograms of selenium, and though some may be concerned about toxicity, the dose of selenium required for the drug to be effective pales in comparison to the amount we ingest daily in our food.

“We imagine the dose you’re going to take is less than what you have in your lunch,” Reid asserted. “It’s in bread; it's in grains because it’s in the soil and comes up into plants, so it's in the wheat. It's given to cattle, pigs and chickens to make them healthier, so it's a fundamental requirement for life.”

Though not a cure, the drug would protect a person diagnosed with COVID-19 until their body can develop antibodies against the virus and defend itself, a process that appears to take approximately seven to 14 days. Whereas the drugs available today try to prevent the virus from replicating after it’s contracted, Reid said the drug his team is developing would be a true antiviral drug.

“You'd be starting your antibody production while this drug is killing off the virus that would cause you any harm, so at the end of, say, seven days or 14 days or whatever it takes, you would be protected for the rest of your life from that particular virus,” Reid said. “This just gives you a chance to live with the virus and not have it do any damage.”