According to the Alzheimer’s Association, more than 5.8 million people in the U.S. currently live with Alzheimer’s disease, a number that is expected to double by 2040. The disease is responsible for up to 80% of all dementias, which restrict a person’s ability to manage daily life by causing the loss of memory and other cognitive abilities.

In many cases, caring for people affected by Alzheimer’s and other dementia falls to family members or significant others. Estimates say these informal caregivers, two-thirds of whom are female, provided more than 18.5 billion hours of unpaid care and assistance for people with Alzheimer’s during 2018. The value of their contribution to the nation during that year was calculated to be $12.64 per hour, or more than $233.9 billion. 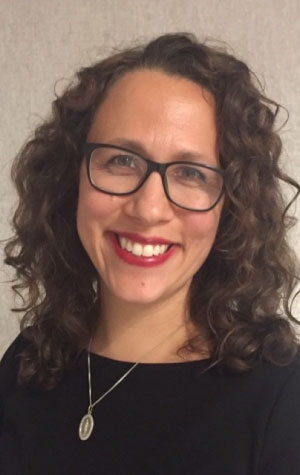 In her role as associate professor and head of the geriatrics division for the TTUHSC Jerry H. Hodge School of Pharmacy’s Department of Pharmacy Practice, Amie Blaszczyk, Pharm.D., is frequently asked about the differences between Alzheimer’s disease and dementia. Though the terms often are used synonymously, and many more people may be generally aware of Alzheimer’s, Blaszczyk said dementia encompasses other neurodegenerative processes like Parkinson's disease, Picks disease and Huntington's chorea.

For Blaszczyk, working with patients and families who are impacted by these conditions is a passion she started developing as a child growing up in Williamsport, Pennsylvania.

“I really think it goes back to my mom, who was the food service director at a nursing home,” Blaszczyk recalled. “When we would have snow days, she would take us into the nursing home and drop us off with the activities director. We would spend the day calling bingo numbers and painting pottery with the folks who lived there.”

As a teenager, Blaszczyk developed her own Resident of the Week program for the facility. After interviewing and photographing the weekly honoree, she would craft a large poster that told where the person grew up, what activities they enjoyed most and described their favorite memory. When she entered pharmacy school at Duquesne University in Pittsburgh, she discovered she could combine this affinity for the elderly with a career in pharmacy.

“I took a couple of extra electives and an extra rotation specifically in geriatrics,” Blaszczyk said. “It really helped me to recognize and understand that the patient population who is over the age of 65, and especially those who are older than that really have a lot of medicine related problems.”

After pharmacy school, Blaszczyk completed two residencies. The second, a geriatrics pharmacotherapy residency at the University of Maryland, Baltimore, showed her the significant impact a pharmacist can make as part of a medical team working to help those with Alzheimer’s and their families, partners and caregivers live better lives.

“As a pharmacist on an interdisciplinary team, I was looking at the medicines they were currently taking and seeing if those could be impacting their cognition or their memory,” Blaszczyk explained. “Once the diagnosis was made, and if we started the patient on a medicine for Alzheimer’s, the follow-up evaluation was usually left to the pharmacist.”

The follow-up evaluations included additional memory testing and then talking to the individual with Alzheimer’s and their loved ones. The goal was to develop a better sense of how the medicine was working, if there were any significant and visible side effects and should the treatment regimen be continued, adjusted or changed.

“Then we would move forward, again as an interdisciplinary team, to help coordinate the care and start new or different medicines if we needed to,” Blaszczyk said.

Today, Blaszczyk’s practice is focused on long-term geriatric care because that is where she believes she can have the biggest impact as a geriatric pharmacist. She also stays involved with Dallas-area Alzheimer’s and Parkinson’s organizations, describing herself as a volunteer grassroots advocate working with individuals and disease-focused organizations. 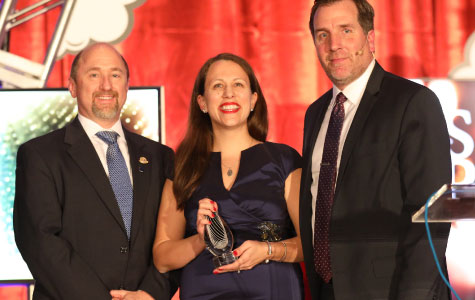 In 2009, she earned the Marvin Marks Volunteer of the Year Award from the North Texas Chapter of the American Parkinson Disease Association, and in 2018 she was presented the Armon Neel Senior Care Pharmacist Award by the American Society of Consultant Pharmacists.

“I've made a lot of connections with individuals and their families through these organizations, and I do a lot of support group presentations,” Blaszczyk said. “It's about really being safe with medicines that can impact Alzheimer’s and being realistic about the currently available therapies for the disease. It's easy to get involved, especially when you have specific training that can be of significant benefit to these organizations.”

Blaszczyk said another common misconception she sees involves Alzheimer’s medications, which can help delay or slow progression of the disease, but are not cures. A medicine that works for one individual may not be as effective for another, and Blaszczyk said pharmacists play a critical role in making those evaluations.

“We also can make sure that other symptoms of the disease, like behavioral disturbances, are being treated appropriately and that we're assessing and monitoring those therapies appropriately.”

She said pharmacists also assess other medications the patient is taking to determine if there is a drug or drug interaction that is contributing to a patient’s cognition issues. She recalled some patients who were using a medicine called diphenhydramine, a common antihistamine that is available today in some of the over-the-counter sleep medicines and in many products that treat coughs, colds and allergies.

“I definitely encourage people to have their medication list evaluated by a pharmacist, though they should only discontinue a medicine under their physician’s supervision,” Blaszczyk stressed. “That’s why I always advise individuals to take my recommendations to their physician or whoever may have initially prescribed or recommended that medicine.”

Geriatrics has been a required rotation for TTUHSC’s pharmacy program since the School of Pharmacy’s inception. In fact, that emphasis is what brought Blaszczyk to the school after she completed her residency at the University of Maryland. She believes geriatrics training, whether for a pharmacist, a doctor or a nurse, trains practitioners to look at potential causes rather than cures.

For example, if a geriatric patient is experiencing constipation, their doctor may prescribe a medicine to address the issue. Blaszczyk said a pharmacist or other health care provider trained in geriatrics is more likely to look for medications the patient is already taking to see if they could be causing the constipation.

“I think it’s much more likely if somebody doesn't have geriatrics training — and that's not just pharmacists, but all health care professionals — will say, ‘here’s the medicine for that constipation.’ I like to think those of us working in geriatrics take a new symptom, disease process or issue that a patient has and we look backwards. We ask if something is happening or has happened that may be contributing to this. I think geriatrics just trains you to look at issues in a very different way.”

The  geriatric population in the U.S. is significant and will increase in the coming years. That means the cost and burden of medication-related problems also will increase, which is why Blaszczyk believes it's imperative that TTUHSC pharmacy students receive as much geriatrics training as possible. Whether they want to eventually practice in a community pharmacy, a clinic or a hospital, she said the need to have that skill set to provide the best care for these individuals. And she’s not alone in providing that training to TTUHSC pharmacy students. The School of Pharmacy has eight geriatrics-focused faculty members spread across all four of its campuses. As  a group, this faculty team has earned a stellar reputation.

“I've been at national meetings where a prominent full professor from another university has called us a geriatric force,” Blaszczyk said. “I am so proud of these individuals who are constantly interacting with our students and focusing on training them to be really well-rounded geriatrics-focused clinicians. They are out there teaching our students, other health care professionals and other pharmacists at national meetings. They are an incredible group of highly committed geriatrics-focused pharmacists and I'm so proud to be a part of that.”